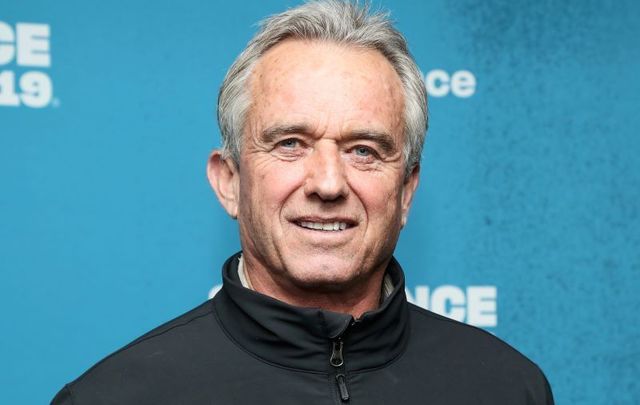 RFK Jr. joined Baldwin for an Instagram live discussion on Thursday, August 6 where the pair discussed the COVID-19 pandemic and the attempt to find a vaccine against the virus.

Kennedy, Jr made several unfounded claims during the hour-long discussion, but it was his claim that the COVID-19 lockdown would claim more lives than the virus itself that inspired the most scrutiny.

"One thing I think we’re not thinking about is what is the death toll from the quarantine," Kennedy said to Baldwin.

You can watch the nearly-hour long Instagram live here:

Kennedy also made several false claims about vaccine safety during the hour-long discussion, including a previously debunked claim that vaccines are the only medical product in the United States that aren't safely tested.

Vaccines are among the most tested products on the planet and require thousands of test subjects before they can win approval.

Kennedy additionally claimed that vaccines are "unavoidably unsafe" and that they have historically contained unsafe levels of mercury, a claim that has been debunked several times over.

Vaccine researcher Paul Offit, for instance, noted that Kennedy fails to recognize the difference between ethylmercury and methylmercury.

Ethylmercury is found in some vaccines and is easily broken down and excreted by the body.

Methylmercury, on the other hand, is toxic to humans and never found in any vaccines.

Consequently, Baldwin has faced a good deal of criticism for his Instagram live, which has been viewed 217,000 times.

Professor Peter Hotez, a vaccine scientist at Baylor University in Texas, said that it was "disappointing" that Baldwin had given Kennedy so much airtime.

"Always disappointing when celebrities go out of their way to advertise their ignorance and promote anti-science conspiracy theories, especially during these troubled times," he wrote on Twitter.

Always disappointing when celebrities go out of their way to advertise their ignorance and promote anti-science conspiracy theories, especially during these troubled times https://t.co/SsllJfUj0I

One Twitter user lambasted Baldwin for failing to question any of Kennedy's statements.

"During this hour-long interview with Kennedy (known anti-vaxxer), Baldwin never questioned or pushed against misinformation about vaccines or COVID," they said.

Another Twitter user, meanwhile, said that it was disappointing that Baldwin would give up his platform for Kennedy's "anti-vax nonsense."

It’s disappointing that ⁦actor Alec Baldwin would offer his Instagram account as a platform for #antivax nonsense, especially during the #COVID19 crisis. https://t.co/IHvwg3dKhK