Alec Baldwin shared his and wife Hilaria Baldwin's baby news the same week that the Santa Fe County District Attorney said the actor could be a defendant after the fatal shooting on the set of "Rust." 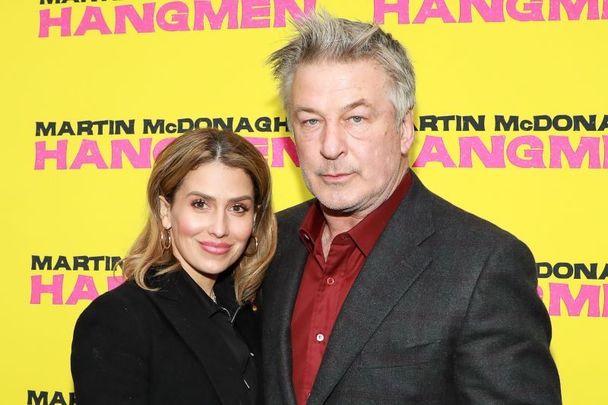 Alec Baldwin welcomed the birth of his eighth child the same week that it was reported he could potentially face charges in the fatal shooting that occurred on the film set of "Rust".

Irish American actor Alec Baldwin and his wife Hilaria Baldwin announced the birth of their new daughter, Ilaria, their seventh child together, on September 24. Baldwin also has an adult daughter named Ireland, with ex-wife Kim Basinger.

"She’s here! We are so excited to introduce you to our tiny dream come true," Hilaria captioned a video montage shared on Instagram.

The video shows Hilaria in the hospital with the newborn, Alec Baldwin with what appears to be the new baby’s footprint on his arm, and the rest of the family welcoming the new addition with hugs and kisses.

The baby news comes the same week that Baldwin's lawyer issued a statement following reports that the actor could potentially face criminal charges in the fatal shooting of cinematographer Halyna Hutchins on the film set of "Rust" in October last year.

In a letter to New Mexico's financial board, obtained and published by Deadline, Carmack-Altwies said she was "certainly looking at all the homicide statutes and any gun statutes under New Mexico criminal code".

"One of the possible defendants is well-known movie actor Alec Baldwin," she added.

However, Baldwin's lawyer, Luke Nikas of Quinn Emanuel, told PEOPLE in a statement: "Some media reports today draw false conclusions based on a letter from the Santa Fe Dist. Attorney."

The statement continued: "The DA has made clear that she has not received the sheriff's report or made any decisions about who, if anyone, might be charged in this case.

"And during my communications with the DA's office just a few weeks ago, after the August 30 funding request was submitted, I was told that it would be premature to discuss the case because they had not yet reviewed the file or deliberated about their charging decision."

"It is irresponsible to report otherwise," the statement concluded. "The DA's office must be given the space to review this matter without unfounded speculation and innuendo."

In an interview with George Stephanopoulos of ABC News in December 2021, Baldwin said "I would never point a gun at anyone and pull the trigger at them, never."

Baldwin said both he and Hutchins "assumed" the gun was empty, "other than those dummy rounds."

Baldwin recalls thinking Hutchins might have fainted when she fell over. "The idea that someone put a live bullet in the gun was not even in reality," he said.

You can watch part one of Alec Baldwin's interview with George Stephanopoulos here: