Alec Baldwin has been named in a lawsuit that accuses the "Rust' cast and crew of "reckless behavior and cost-cutting" that led to the death of Halyna Hutchins. 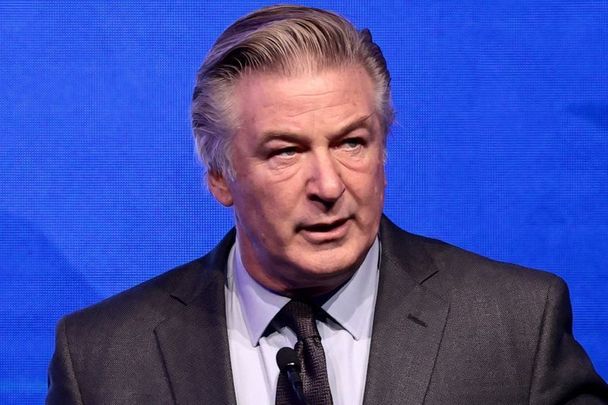 Alec Baldwin has been named in the wrongful death lawsuit lodged by the family of Halyna Hutchins, the cinematographer who was fatally shot by Baldwin on the film set of “Rust” in New Mexico on October 21, 2021.

The lawsuit, which accuses Baldwin and other cast and crewmembers of disregarding industry safety standards, was filed in New Mexico’s Santa Fe County in the name of Hutchins' husband Matthew Hutchins and their son Andros Hutchins.

Brian Panish of the firm Panish Shea Boyle Ravipudi LLP announced the lawsuit during a press briefing on Tuesday, February 15. The press briefing featured an animated recreation of the fatal on-set shooting of Hutchins based on evidence and witness statements.

Panish, who was accompanied by Jesse Creed and co-counsel Randi McGinn, said on Tuesday: “The lawsuit names Alec Baldwin and others who are responsible for the safety on the set and whose reckless behavior and cost-cutting led to the senseless and tragic death of Halyna Hutchins.”

Panish said his team’s investigations, including interviews and expert-assisted assessments of the scene, led the team to believe there were “numerous violations of industry standards” by Baldwin and others who were “charged with safety on this set.”

Baldwin was both starring in and executive producer of "Rust."

In the video recreation of the on-set shooting, Panish noted: “The morning that Halyna Hutchins was shot and killed, tensions among the crew and cast regarding safety on the ‘Rust’ set had boiled over.”

The law firm alleges that Baldwin and the “Rust” production disregarded at least 15 industry standards.

Panish said his firm’s case is “on a parallel track” to investigations being separately conducted by the Santa Fe County Sheriff’s Office and the District Attorney in New Mexico.

“By filing a lawsuit now we can use the court processes to serve subpoenas, take depositions, and obtain more records to further complete this investigation and hold the people accountable who are responsible,” Panish said.

At least four other lawsuits have been filed over the shooting, but this is the first directly tied to one of the two people shot, the Associated Press reports. The film's Joel Souza was also wounded during the on-set shooting.

Aaron Dyer, a lawyer for Baldwin and other “Rust” producers, said in a statement that “any claim that Alec was reckless is entirely false,” arguing that Mr. Baldwin and other members of the cast and crew were relying on professionals tasked specifically with checking firearms.

“Actors should be able to rely on armorers and prop department professionals, as well as assistant directors, rather than deciding on their own when a gun is safe to use,” the statement said.

Dyer noted that “everyone’s hearts and thoughts remain with Halyna’s family as they continue to process this unspeakable tragedy.”

In November, Baldwin's lawyers alleged "sabotage" on the set.

Later, in an interview with ABC News in December, Baldwin said that he "would never point a gun at anyone and pull the trigger at them, never."

He said at the time that both he and Hutchins "assumed" the gun was empty, "other than those dummy rounds."