Tributes were paid to Halyna Hutchins who filmed in County Offaly in the summer of 2020. 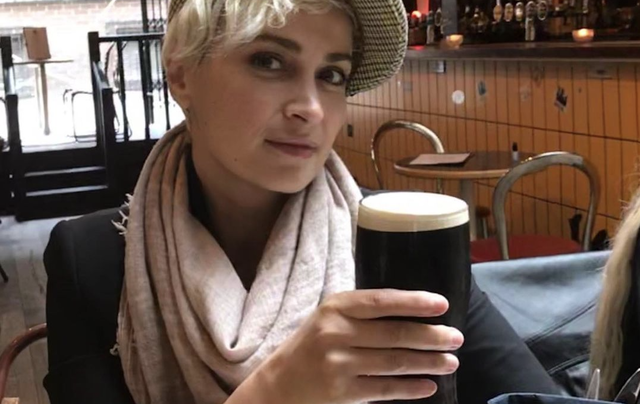 Halyna Hutchins was killed after Alec Baldwin fired a prop gun on the set of the movie "Rust" in New Mexico. Investigations into her death are ongoing.

Hutchins, originally from Ukraine, had been filming a low-budget indie movie at Birr Castle, in Birr, County Offaly, in the summer of 2020. On Twitter, Birr Castle Demense said "We are deeply saddened to hear of the tragic loss of Halyna Hutchins. During her time at Birr Castle in 2020 we witnessed her creativity, her authentic way of working as well as her vision."

We are deeply saddened to hear of the tragic loss of Halyna Hutchins. During her time at Birr Castle in 2020 we witnessed her creativity, her authentic way of working as well as her vision. #HalynaHutchins pic.twitter.com/zpGA5UE1Ab

Speaking to the Irish Times, Barry Coyle, a casting director who worked with Hutchins while she was in Ireland, said "The thing I remember most about Halyna was just how warm and enthusiastic she was."

He continued “She had a sensibility where she really appreciated Irish art and the way of expression Irish people have...”

“She was genuinely interesting and engaged with people. Probably everyone she met, she genuinely cared about them... She saw things differently and was a really inspiring person to talk to and be around.”

On Instagram, Hutchins had raved about a Harry Clarke window she saw during a visit to the National Gallery of Ireland, in Dublin. She wrote, " Obsessively in love with Harry Clarke’s stained glass work!”

Hutchins (42) was killed due to a misfire, according to a spokesperson for Alec Baldwin. She is survived by her husband Matthew and her son.

The Director of the movie, Joel Souza, was also injured in the incident. He has since been released from hospital.

According to the Santa Fe Country Sheriff, no charges have been filed. However, they are continuing to speak to witnesses. Her death has sparked renewed calls to step up gun safety on movie sets.

On Twitter, Baldwin who fired the weapon, handed to him on set by the assistant director, said "There are no words to convey my shock and sadness regarding the tragic accident that took the life of Halyna Hutchins, a wife, mother, and deeply admired colleague of ours. I'm fully cooperating with the police investigation to address how this tragedy occurred and I am in touch with her husband, offering my support to him and his family. My heart is broken for her husband, their son, and all who knew and loved Halyna."

In Burbank, California, on Sunday, a candle-lit vigil is planned in honor of Hutchins, organized by the Local 600 International Cinematographers Guild. Another vigil was held on Saturday at the Albuquerque Civic Plaza in New Mexico.