On This Day: Harry Clarke, stained glass artist, is born in Dublin

St Patrick's Day and also a day to celebrate Harry Clarke, maestro of illustrations and spectacularly colored stained glass windows, born on this day, March 17, in 1877. 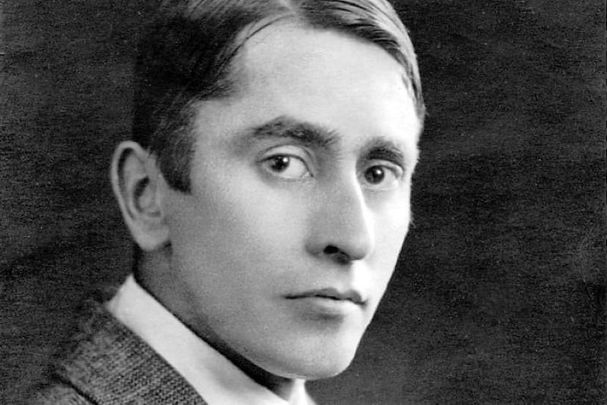 Ireland has no shortage of churches and cathedrals, but some of them are home to stained glass masterpieces by Ireland's own, world-renowned artist, Harry Clarke.

Harry Patrick Clarke was born on March 17, 1877 - St. Patrick's Day - in Dublin. Clarke was the son of a decorator (who had founded Joshua Clarke & Sons) and his young life was shaped by his father's ever-present work in his art studio and by his mother, Brigid. He was only 14 years old when his mother died, and he was devastated. He left school and started apprenticing with his father.

Only a teenager when he was enrolled in the Dublin Metropolitan School of Art, he was winning national awards for his work by the time he was in his mid-30s. In 1913 he set up his own studio and the next year he married a former student named Margaret Crilley.

Already one of the most sought-after stained-glass artists in Europe, Clarke was receiving regular commissions for work from not only Ireland but the continent as well. His work was high-profile – so high-profile that some of it was targeted and destroyed during the Easter Rising.

Also an illustrator, his first illustrated book was to be a version of Hans Christian Andersen's Fairy Tales. The blocks were burned in the Rising, but the book was published anyway. Today, the color illustrations, kept safe in a private collection for decades, are a part of the National Gallery of Ireland's collections.

Clarke was plagued with ill health for much of his life. A severe bicycle accident in 1926 left him with fractured ribs and compression at the base of his skull, only adding to his health issues. By then, he was not only focusing on his own work but managing the family business as well. By 1929, his health had gotten so bad that he was sent to a sanatorium in Switzerland, where he was diagnosed with tuberculosis.

It was the same year he received his first American commission, for a set of nine windows destined for the Basilica of St. Vincent de Paul in Bayonne, NJ.

Clarke died on January 6, 1931, in Switzerland, leaving behind a massive catalog of work that can be seen in churches and cathedrals across Ireland.

His career wasn't without its scandal, though, and the Irish government rejected one of his works for its salacious nature. The piece, featuring a nearly-nude dancer from the novel "Mr. Gilhooley" by Liam O'Flaherty, was a part of a set of 15 pieces inspired by some of Ireland's finest pieces of literature. Originally destined for the League of Nations, it was deemed unsuitable and was instead installed in Merrion Square and has most recently been purchased by the Fine Art Society, London. 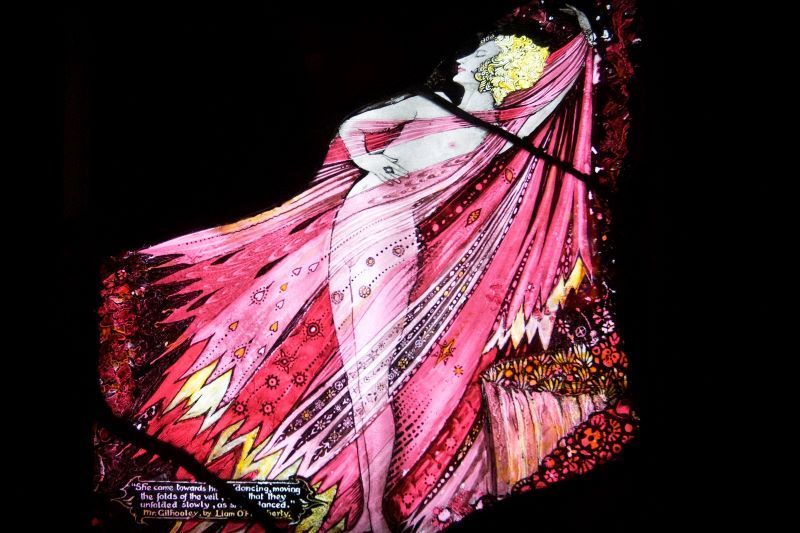 Scandalous by Harry Clarke which as been original acquired by Dublin City Gallery The Hugh Lane. (RollingNews.ie)

Today, his windows can be seen everywhere from Australia to the U.S., and Ireland has quite a few from their native son. While some are in galleries and art collections, others still are in the houses of worship for which they were designed. Ballinasloe's St. Michael's Church has several pieces, while St. Mary's Church in Ballinrobe has eight original panels.

Perhaps the most famous set is the nine pieces commissioned for The Honan Chapel in Cork City. Created over a period of three years, the windows were installed to unanimous praise beginning in 1916.

The windows that remain in the churches are exactly what Clarke would have wanted for his work. Every one of his commissioned pieces – no matter who it was for – first went on display at his studio before being sent to the buyer. Clarke believed that art was for everyone and that everyone should be able to view every piece and be inspired by it.