Attorneys for armorer Hannah Gutierrez-Reed allege that an act of sabotage could explain how live rounds got mixed in with dummy rounds on the set of "Rust." 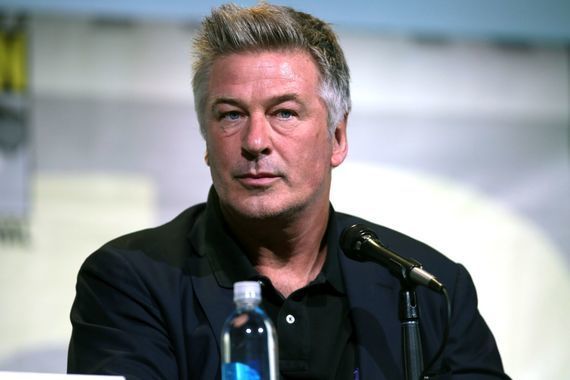 Lawyers representing the armorer on the film "Rust" said on November 3 that one of their theories is that someone intentionally mixed a live round into a box of dummy rounds on set.

Armorer Hannah Gutierrez-Reed loaded the gun with six dummy bullets and left it on a prop cart before the fatal shooting on October 21, according to her lawyers Jason Bowles and Robert Gorence.

Bowles said that his client took the ammunition from a box labeled "dummies," which are rounds that contain no gunpowder and are used to resemble bullets on camera.

At the center of the ongoing investigation is answering the questions of how a live round got on set, and who put the live round on the set.

Bowles said on the Today show on Wednesday: "The person who put the live round in the box of dummy rounds had to have the purpose of sabotaging this set.

"There is no other reason that you would do that, that you mix that live round in with the dummy round."

When pressed if their theory is sabotage, Bowles said that they are still investigating.

When asked why someone would do that, Bowles said: “I believe that somebody who would do that would want to sabotage the set, want to prove a point, want to say that they’re disgruntled, they’re unhappy.  And we know that people had walked off the set the day before.”

Earlier on Wednesday, her lawyers stated that the gun had been left unattended for up to two hours, including during the crew's lunch break.

However, Bowles and Gorence later revised their statement after consulting Gutierrez-Reed to say that the gun had been locked in a safe during lunch and was only left unattended for between five and ten minutes.

Bowles told the New York Times that his client asked her colleagues to watch the cart while she wasn't there but added that she remembered seeing it left unsupervised at various times throughout the day.

At roughly 11 a.m. on October 21, the 24-year-old armorer loaded three prop guns that were to be used in a filming session later that day, including the .45 Long Colt that fatally injured the movie's cinematographer Halyna Hutchins and wounded its director Joel Souza.

Bowles said that there was no duty to safeguard the weapons because there were no live rounds on the set.

However, a live round was in the .45 Long Colt that killed Hutchins even though the gun had been declared "cold".

The Santa Fe County sheriff's office is now investigating how a live bullet was found inside the prop gun.

Gutierrez-Reed told detectives with the sheriff's office that Sarah Zachry, the head of the film's prop department, opened a safe after lunch and handed her the three prop guns that were to be used later that day.

Bowles told the New York Times that his client did not remain at the scene after handing the guns to the film's first assistant director Dave Halls because there were not supposed to be any gun discharges that she needed to be present for.

The lawyers also dismissed claims that the 24-year-old was too inexperienced for the job.

Bowles and Gorence dismissed the claims, however, stating that Gutierrez-Reed had trained with guns from a young age with her father and weapons expert Thall Reed.

Davis said that several safety meetings took place every day and added that any concerns were "heard and addressed".

Davis also defended Gutierrez-Reed over the incident and dismissed claims that she was too inexperienced for the job.

"How do you suppose anyone will get that experience? We all had a first and second job at one point or another," Davis wrote.

She added that assistant director Dave Halls was "never flippant about safety", although she admitted that he "screwed up majorly that day".

"He made the most horrible call he could make," Davis wrote. "I am heartbroken and furious that he did so and I will never get the sound of that gunshot or my director's screams out of my head as a result. My friend is dead. Am I angry with him? Yes. But I won't jump on the bandwagon and pretend that he was uncaring about our safety the whole way through."