Ireland Baldwin is pregnant! How Irish is Alec Baldwin’s family?

Ireland Baldwin, the 27-year-old model daughter of actor Alec Baldwin, has distant Irish roots on both sides of her family. 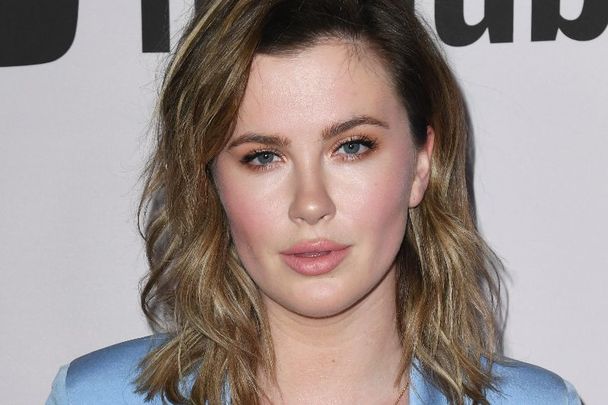 Ireland Baldwin has announced that she is expecting her first child with her partner Andre Allen Anjos (aka RAC), but what connection does she have with the Emerald Isle, apart from her very Irish-sounding name?

Baldwin surprised her Instagram followers by posting an image of an ultrasound alongside a caption wishing people a happy New Year on December 31:

As it turns out, the 27-year-old model boasts ties to Ireland on both sides of her family tree.

The daughter of actors Alec Baldwin and Kim Basinger, Ireland Eliesse Baldwin, sometimes known as Ireland Basinger Baldwin, has ancestral ties to Ireland through her father, who has described himself as "Irish-Catholic" in previous interviews.

"My mother's French. I'm mostly Irish, though," Alec Baldwin said in a 1989 interview with Interview magazine.

His younger brother Billy once remarked about the siblings' upbringing, saying it was "raucous, rowdy, Irish-Catholic."

In 1998, Basinger told the Ladies Home Journal that her husband "has the biggest heart of anybody I've ever met. But at the same time, he's a black Irish Catholic with a temper."

In 2017, Baldwin suggested he might move to Ireland after his Donald Trump impression stirred some strong reactions.

“Am I planning on leaving the country? Should I be? Do I need to leave?" he said in an interview with the Irish Mirror.

“I’m not planning on it, but if it comes to that, I have a couple of ideas where. Maybe Ireland might make a nice change of scenery.

“Would you harbour me? I’ve got Irish blood in me somewhere, that’s where I get my winning sense of humour.

“Maybe that’s enough to get a[n Irish] passport and hide out from all these apparent threats.”

Though identifying as Irish Catholic, Baldwin's ancestral links are believed to be pretty far removed.

According to Ancestry, the surname Baldwin, which also has English and North German roots, was adopted in Co Donegal by bearers of the Gaelic surname Ó Maolagáin due to association of Gaelic maol ‘bald hairless’ with English bald.

Explaining his daughter's unique and somewhat strange first name, Alec Baldwin once joked that he named his daughter Ireland because she "is beautiful but can't manage her finances."

Interestingly enough, Alec Baldwin's wife and Ireland's stepmother Hilaria has her own Irish connections. Her third great-grandfather William Byrne was born in Co Wexford, according to genealogist Dr. Adina Newman.

Although Ireland Baldwin's mother Kim Basinger also boasts ancestral ties to Ireland, they are far more indirect than her husband's.

Basinger has roots in England, Sweden, and Germany but also has distant links to the Ulster Scots, an ethnic group that lived in the Irish province after migrating there from Scotland.

Although Ireland Baldwin boasts significant ancestral links to Ireland on both sides of her family, it appears that she has not yet visited the Emerald Isle.