'Other Voices: Dignity' will showcase the very best of American and Irish talent during a special live stream event from the US Ambassador's residence in Dublin on September 15. 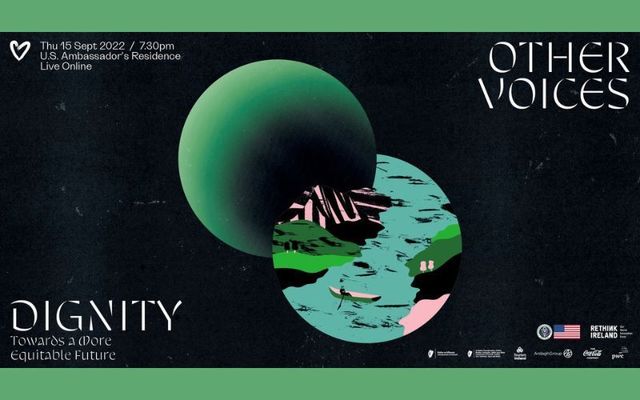 Other Voices and the US Embassy Dublin are coming together for ‘Dignity,’ described as “a glorious celebration of the music of Ireland and the US” today, Thurs, Sept 15.

Other Voices, Ireland’s internationally acclaimed festival and live music television program, will come together with the US Embassy in Dublin for ‘Other Voices: Dignity - Towards a More Equitable Future,’ a special evening of songs and stories live streamed from the US Ambassador’s Residence, Dublin on Thursday, September 15.

Other Voices: Dignity will be streamed to the world from the US Ambassador’s Residence in Dublin’s Phoenix Park at 7:30 pm IST on Thursday, September 15. IrishCentral is delighted to again be teaming up with Other Voices to bring you this special event live right here on IrishCentral and over on our IrishCentral Facebook page.

Building on the success of last year’s ‘Other Voices: Dignity - A Celebration of Bob Dylan’, this year’s edition will showcase the very best of American and Irish talent with a diverse program that aims to promote diversity, inclusion, and equality.

Hosted by “Conversations With Friends” star Loah, this year’s ‘Dignity’ will feature an exclusive performance from Grammy-Winning folk duo Francesco Turrisi and Rhiannon Giddens. As one of the world’s most critically acclaimed and well-respected musicians, North Carolina-born Rhiannon Giddens was recently named as the new Artistic Director of YoYo Ma’s celebrated Silkroad project and together with her musical partner Francesco Turrisi will provide a musical bridge and cultural link between Ireland and the United States on the night. 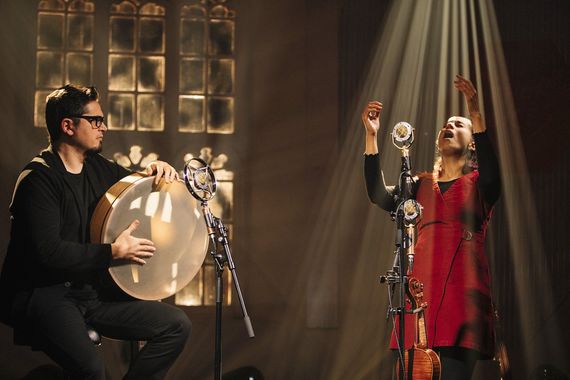 The lineup will also feature some of Ireland’s most beloved artists including Mick Flannery, Róisín O, Soda Blonde’s Fay O’Rourke, and world-renowned fiddle player Martin Hayes, as well acclaimed American singer-songwriter Jeffrey Martin who will all raise their voices in honor of the US Embassy’s new ambassador to Ireland, Claire Cronin.

Ahead of the special event, Ambassador Cronin said: “The Biden Administration is committed to principles of diversity, equity, inclusion, and access (DEIA). With this event, we aim to highlight and celebrate the work that the Embassy, the Irish Government, and our partners are doing to advance DEIA throughout Irish society. These ideals have long underpinned the strong relationship between both countries."

Inspired by the shared cultural identity and history that bonds to the two places, these live performances will bookend a full day of events hosted by the US Embassy and curated by Rethink Ireland celebrating DEIA in the civil society and business sectors. The event will bring together key stakeholders, leaders, and social justice advocates with the aim of strengthening the equality landscape in Ireland, whilst also recognizing ongoing inequalities in our society, current barriers to inclusion, and steps towards a more equitable Ireland.

Philip King, the founder of Other Voices, said: “We are delighted to accept Ambassador Cronin’s invitation to bring Other Voices back to Deerfield and to partner with Rethink Ireland for this event. It’s all the more exciting as we will now have a live audience enjoying great music and conversation in this beautiful house while also streaming the whole evening live as it happens to audiences across the world.”

Other Voices, Dignity: Towards a More Equitable Future is supported by the Department of Tourism, Culture, Arts, Gaeltacht, Sport and Media, Tourism Ireland, PwC, Coca-Cola, and Ardagh Group.

Tune into Other Voices: Dignity 2022 on Thursday, September 15!