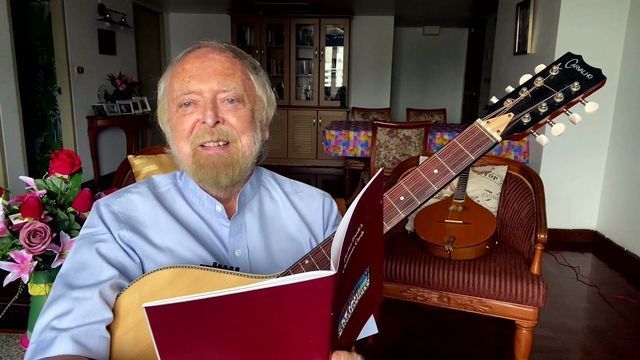 On Sunday, August 21 the world-famous Milwaukee Irish Festival drew to a close on the Aer Lingus stage as it has for over 40 years with an amazing phalanx of Celtic artists young and old and in between who performed over the four days at the largest Irish festival in North America.

For one last time, they shared tunes and songs with the hard-core faithful followers who numbered in the thousands who stood and cheered in unison during what is aptly named “The Scattering” at the final event at the purpose-built Henry Maier Park on the banks of Lake Michigan.

Planes, boats, trains, and motor vehicles would soon carry away the assembled masses and the huge entertainment contingent to locales near and far across North America, Ireland, and Europe besotted with the non-stop embrace of Celtic music, song, and dance and tented exhibits thoughtfully created to enhance the cultural crossroads that characterize this annual celebration every August.

But this night had a very special quality to share with those fortunate enough to be there in person. It was also shared on the Milwaukee Fest YouTube channel worldwide which included your humble and very thankful correspondent. It was dedicated to the man whom I have respectfully and accurately declared over the years as “the tiller of America’s green fields,” proselytizing and fertilizing Irish music and dance since he first arrived on our shores in 1973, almost 50 years ago.
I am talking about the incredible and formidable Limerick man and legend, Mick Moloney, who left us for greater adventures in a universe beyond our own on July 27 after dying of natural causes in his New York apartment at the age of 77.

It was especially symbolic that this would be the first of what is sure to be many celebrations saluting Moloney’s many contributions to Irish music in America of which he was acknowledged as the primary academic expert. It led to his own Ph.D. as well as being the prodigious promoter and curator of the many festivals and weekend workshops that saw his own fine handiwork crafting it in front on many stages and behind the scenes.

In fact, just last year when the Milwaukee Irish Fest fondly remembered its own founder Ed Ward, Moloney led the task force honoring Ward who had fully credited Moloney as the critical genius and consultant to help realize the dream in this Midwest city over the years.

My own attendance at this wonderful event goes back to 1988 and as often as I can manage it. I can’t recall a single festival that Mick didn’t grace with an august ensemble of Green Fields of America which he founded in 1977, or some collaboration with other artists in a similar vein.

The stage on Sunday night filled with so many long-time touring artists and bands was also sprinkled with a good number of young, upcoming performers who give ample evidence that ours is a truly living and still creative and varied tradition.
However, the front row was left to people whose very careers were made possible by the seminal hands and creative mind that was Mick Moloney. On the wings were Donal Clancy and Rory Makem, scions of the also legendary Liam Clancy and Tommy Makem who admittedly got their start in America at least a decade before Moloney arrived.

Yet the Clancy Brothers and Tommy Makem were so popular in America and Ireland that they inspired Moloney’s rise along with Paul Brady and the Johnstons.
Donal and Rory have their own formidable place in the contemporary scene in keeping the music of the Clancys and Makem fresh and alive, especially as quintessential Irish ballads are fully acknowledged as the music brand that made Milwaukee famous and inspired both the late Ed and Chuck ward and their mates in Blarney long ago.

Center stage belonged to fiddler Liz Carroll along with the London-born Jimmy Keane on piano accordion who shared All-Ireland glory with Carroll as he grew up in Chicago, and the phenomenal fiddler Eileen Ivers from Woodlawn in the Bronx.
All were “discovered” at an early age by Moloney as part of his detailed study of the tradition and importance of senior Irish musicians and parents who ensured that these impressive youngsters had the talent and passion for the native Irish music being passed onto them. Each has taken up the mantle of tradition as tradition bearers themselves through middle age and established their own well-burnished reputations.

They honored Mick’s influence proudly too on a night when tears could be shed, but the predominant emotion was one of euphoria and celebration equally shared by the community atmosphere that was palpable from all those on stage and in the audience.

They were united in a fond farewell to a man whom in 1999 was accorded the honor himself that he helped achieve for so many Irish musicians as a treasured folk artist in America for his contributions on behalf of Irish music by the National Endowment for the Arts.

Well done Milwaukee from a grateful Irish American nation for your tribute and appreciation for the man whose likes will not be seen again but who taught so many of us so well in the thriving green fields of America.

You can watch The Scattering from the 2022 Milwaukee Irish Fest here: