Claire Cronin, the new US Ambassador to Ireland, said today that is she is looking forward "to serving in Ireland ad building upon the strong bonds that exist between our two countries." 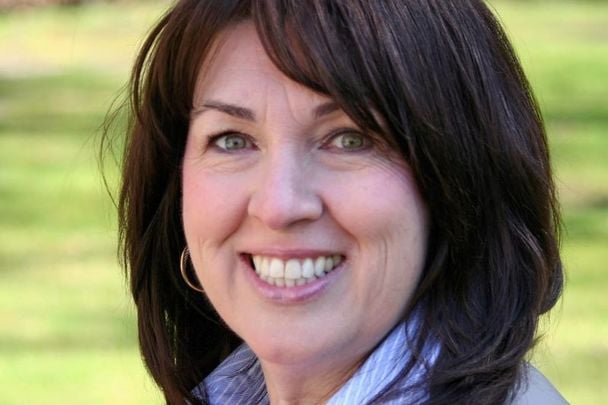 Claire D. Cronin has been sworn in as the 25th US Ambassador to Ireland. State Representative Claire Cronin, Facebook

Claire D. Cronin has been sworn in as 25th US Ambassador to Ireland today, January 19 in her native Massachusetts.

Speaker of the Massachusetts House of Representatives Ronald Mariano introduced Cronin in the Chamber on Wednesday afternoon, and thanked her for her service.

"We will all be very proud as you assume your new post as Ambassador to Ireland," Representative Mariano said.

Attorney William Bonaccorso administered the ambassadorial oath to Cronin, who was flanked by her husband Ray and their two daughters Cara and Kerry. After being sworn in. Cronin was met with standing applause and cheers in the Chamber.

Massachusetts House Majority Leader Claire Cronin has been sworn in as US Ambassador-Designate to Ireland this evening during a formal session in the House chamber. 🇮🇪🇺🇸 pic.twitter.com/zs22XHtpIf

“Today is a day I never anticipated," Cronin said in her remarks after being sworn in. "It is bittersweet, to say the least. I have always been better at saying hello than saying goodbye.”

Cronin told her colleagues that she “will be watching all of the good things from afar.”

She concluded her remarks by saying: “Today, I’m leaving a place I love and a job I love for a chance to serve our country as the United States Ambassador to Ireland.

“I am grateful to be able to serve as the personal representative of President Biden, a person I admire and respect, a profoundly decent human being and good man.

“I’m looking forward to serving in Ireland ad building upon the strong bonds that exist between our two countries.

“I look forward to serving with the fine men and women at Embassy Dublin.

“To leave here is bittersweet, but I do it with great hope and optimism. I will miss you all.”

Cronin was sworn in the day after she submitted her official resignation as Member and Majority Leader of the Massachusetts House of Representatives, which took effect on January 18 at 11:59 pm.

In her resignation letter, which was read aloud before she took her oath on Wednesday, Cronin wrote in part: “It is not easy to voluntarily leave a position you love. And I have loved every day I have served as a Member of the House of Representatives. So, it is with a sense of wistfulness, that I respectfully submit this letter of resignation from the House of Representatives.

“My sense of wistfulness, however, is tempered by both a sense of enthusiasm and humility as I prepare to assume my duties as the Ambassador Extraordinary and Plenipotentiary of the United States of America to my ancestral homeland, the Republic of Ireland.”

Cronin, who was first reported as being considered for the ambassadorial role here on IrishCentral, was nominated by President Joe Biden, who she campaigned for in Massachusetts, in June and was later confirmed by the US Senate in December.

During her testimonial before the US Senate's Foreign Relations Committee on September 29, Cronin spoke of her Irish roots: “When my grandfather left Donegal for the promise that America held, I can’t help but wonder what he would have thought if he knew his granddaughter would one day be testifying before this esteemed committee as the nominee to be the US Ambassador to Ireland.