Mullingar hosted the Fleadh last month and proved a roaring success, drawing more than 500,000 visitors to the town over the course of the week-long festival. 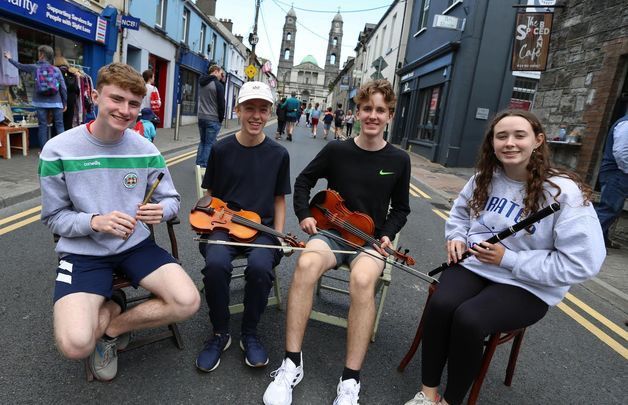 Mullingar hosted the Fleadh last month and proved a roaring success, drawing more than 500,000 visitors to the town over the course of the week-long festival.

The Westmeath town was named as the host for next year's Fleadh following a meeting of the ard-chomhairle at Cultúrlann na hÉireann in Monkstown, County Dublin, on Saturday afternoon.

Wexford Town and Belfast had also submitted applications to host the iconic festival.

"Today’s news is a testament to the Comhaltas volunteer committee, with the support of Westmeath County Council, and the passion that was collectively brought to make this year’s Fleadh a resounding success and an unforgettable one," Connaire said in a statement.

Last month's festival, which ran from July 31-August 7, was the first Fleadh Cheoil to take place since 2019 due to the Covid-19 pandemic.

The Fleadh returned to the streets of Mullingar for the first time since 1963 and proved a massive hit with locals and visitors alike.

Local star and former One Direction member Niall Horan was seen enjoying the festivities along with Scottish singer Lewis Capaldi, with both singers taking part in an impromptu session in a local pub.

A noted musician, Murphy had attended the Fleadh and performed at the Willie Clancy Music Festival.