Tune into IrishCentral this Saturday, May 21 for "Shifting Landscapes: The Value of Peace," the second event of the New York Irish Center's “Ireland Today 2022 - The Inaugural America-Ireland Youth Conference” 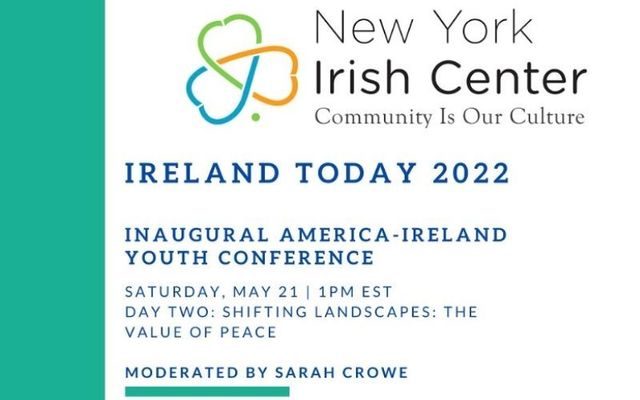 Sarah Crowe will moderate the second part of the New York Irish Center's “Ireland Today 2022 - The Inaugural America-Ireland Youth Conference” this Saturday, May 21.

The New York Irish Center's “Ireland Today 2022 - The Inaugural America-Ireland Youth Conference” will bring together prominent experts, educators, and students from the US and the island of Ireland to discuss urgent global topics including gender-based violence, world peace, and climate change.

IrishCentral is delighted to be partnering with the New York Irish Center to bring you the "Ireland Today 2022" free live stream video conference from this Friday, May 20 through Sunday, May 22. Each day will feature a two-hour panel talk moderated by distinguished thought leaders followed by a question and answer session.

Tune in this Saturday, May 21 at 1 pm EST for the second panel discussion, "Shifting Landscapes: The Value of Peace."

The aim of this conversation is to touch on global conflicts, like Ukraine/Russia, Palestine/Israel, election violence in Kenya, etc., and discuss how peace can be achieved by reflecting on the Irish Peace Process.

Moderator of "Shifting Landscapes: The Value of Peace" 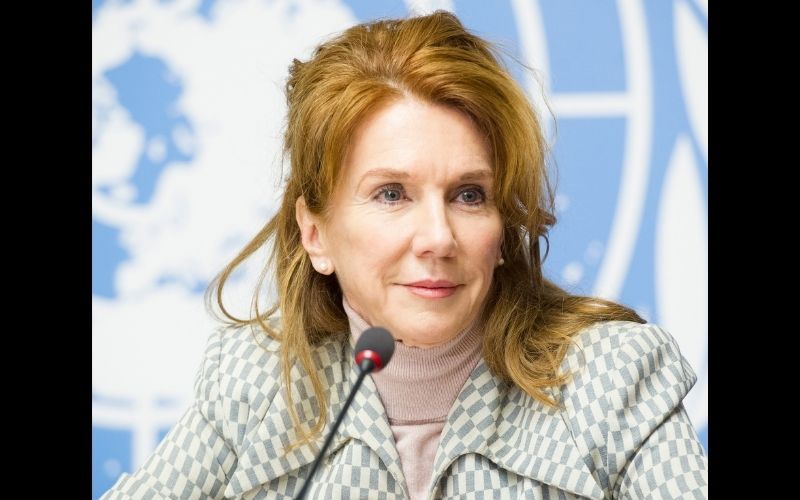 Sarah Crowe, moderator for "Shifting Landscapes: The Value of Peace"

Sarah Crowe is a Moderator, Writer, Strategist, and Senior Advisor/Consultant for UN Communications. In 2022 she helped craft a major UNESCO Global Report on the impact of Covid on the cultural sector. She previously lead on Convening at the UNICEF Office of Research Innocenti in Florence where she moderated and organized the Leading Minds conferences with high-level panelists to interview children and young people on key issues of our time: mental health together with WHO in 2019, COVID-related content in 2020 and 2021 such as vaccine doses, distribution, and the great divide, online learning, climate change, and a special focus on Africa.

At Innocenti in Florence, she managed the communication team, launched the Report Card into Child Wellbeing, and advised the team of researchers. She helped rebrand Innocenti and produced a 10-part podcast on the Future of Childhood with global experts.

Crowe previously worked as UNICEF’s Chief of Crisis Communications and the Spokesperson for UNICEF’s Executive Director, Anthony Lake, from 2015 to 2018 and as the Regional Chief of Communications in Delhi from 2008 to 2011.

Before joining the UN, Crowe worked as an international journalist and has covered major global news and current affairs events such as the end of apartheid, the Mandela era, civil wars in DR Congo, Angola, and Somalia.

Panelists for "Shifting Landscapes: The Value of Peace" 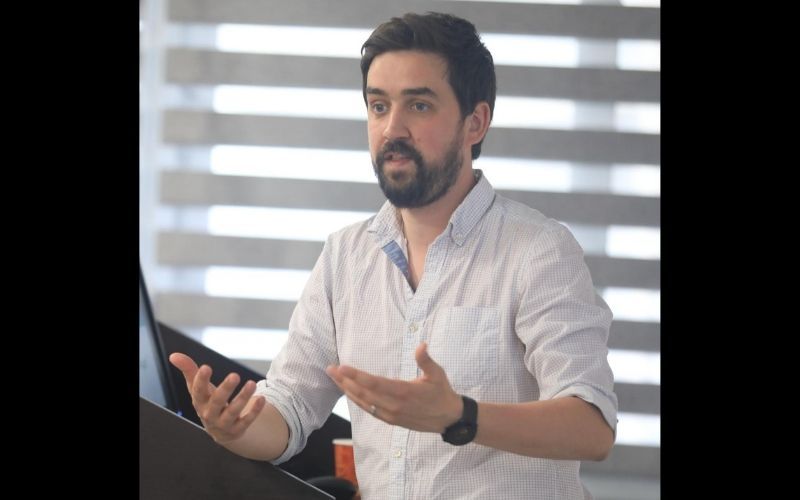 Dr. Brendan Ciarán Browne is an interdisciplinary scholar with an LL.B, LL.M (Law & Human Rights), and PhD in Sociology, all from Queen's University Belfast. He has previously held faculty positions at Queen's University Belfast, and Al Quds (Bard) University, Palestine, where he taught Transitional Justice and the Laws of Armed Conflict. His research interests include conflict and transitional justice in Palestine, commemorating in conflict, conflict and forced displacement, conflict and resilience, and conducting research in conflict zones. He works predominantly around issues in Palestine where he spends time traveling regularly to conduct fieldwork.

Dr. Browne has published in top-ranking peer-reviewed journals, including: Third World Quarterly, Studies in Conflict and Terrorism, and he has contributed op-eds in leading media outlets, including The Irish Times, The Globe Post, The Newstatesman, and The Conversation.

Dr. Browne's work has attracted significant research funding including from the Independent Social Research Foundation (ISRF), the Wellcome Trust, and most recently a research development grant from the Arts Humanities Research Council for a project entitled: 'Palestinian Bedouin at risk of forced displacement: IHL vulnerabilities, ICC possibilities', a project on which he is international Co-Investigator.

His most recent book (forthcoming in 2022) is entitled: "Refugees and Forced Displacement in Northern Ireland's Troubles: Untold Journeys," which examines the legacy of those who were forced from their homes during the troubles in Northern Ireland. In addition, he is currently working on a monograph that examines the limitations of transitional justice in Palestine/Israel. 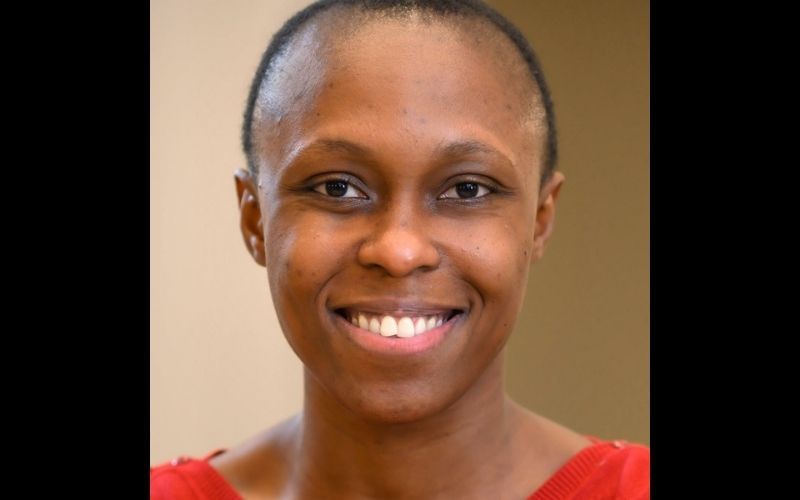 Sarah Nanjala, panelist for "Shifting Landscapes: The Value of Peace"

Sarah Nanjala is a Master of Global Affairs student at the University of Notre Dame, specializing in International Peace Studies. She is also a Political Affairs intern with the United Nations Peacebuilding Commission.

Before her master's, Sarah was a print journalist for the Daily Nation, Kenya’s largest independent newspaper, where she covered a wide range of national and global issues including elections in violence-prone areas and the COVID-19 pandemic. Her work and research have been focused on finding ways to prevent conflict and achieve sustainable peace and development, first as a journalist and now as a peace practitioner.

She aspires to make a meaningful and direct change in people’s lives, particularly those affected by conflict, poor governance, corruption, and inequalities. For the past year, Sarah has also worked with the Pulte Institute for Global Development, collaborating with USAID in formulating education solutions in low- and middle-income countries. Her interests include peacebuilding, development, humanitarian support, policy, and advocacy. 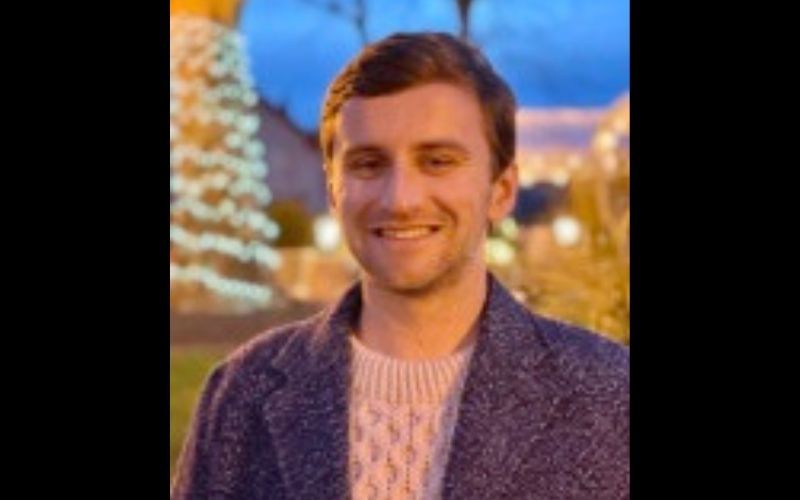 Ryan Conner, panelist for "Shifting Landscapes: The Value of Peace"

Ryan Conner is an M.A. student in European Studies at Georgetown University’s Walsh School of Foreign Service and a 2021-22 Georgetown Global Irish Studies Research Fellow. He currently interns at the Washington Ireland Program and recently interned at the U.S. State Department. 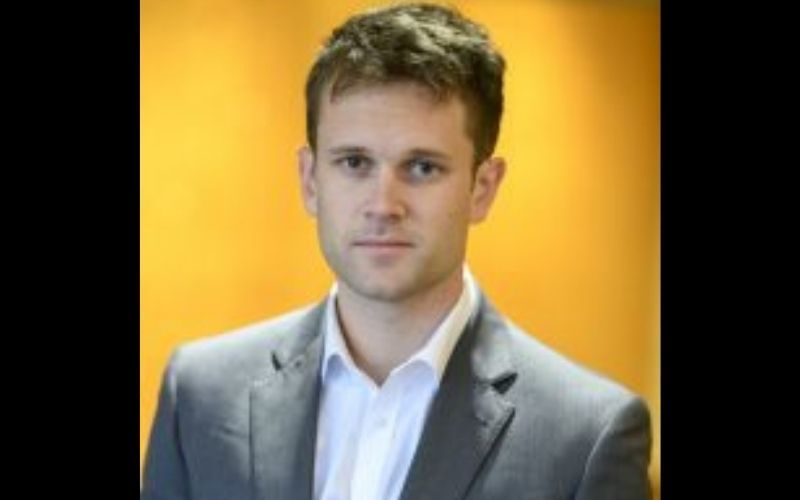 Casey Donahue, panelist for "Shifting Landscapes: The Value of Peace"

Casey Donahue earned an MA in History and an MS in Foreign Service from Georgetown University in May 2022. He specializes in memory, education, and peacebuilding in the Atlantic space.

Casey is the author of a Masters thesis on the evolution of Irish American identities in a small Nebraska town, and he is currently writing a long-form comparison of youth history education and civil conflict remembrance in Liberia, Northern Ireland, and the United States. 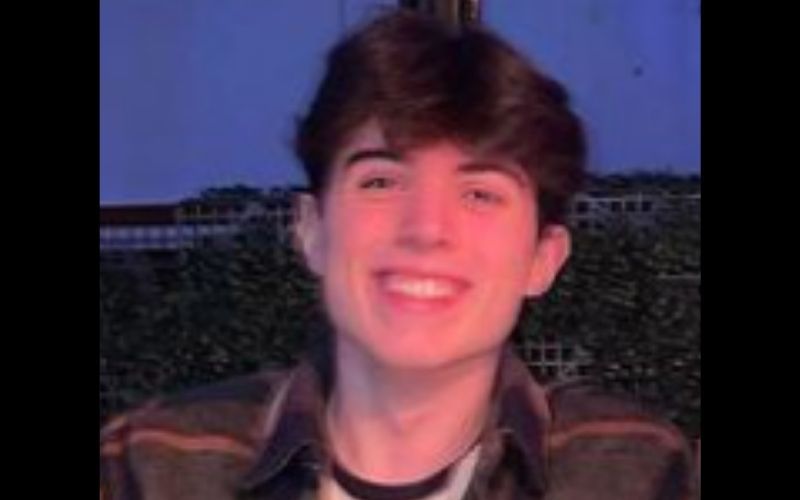 Eóin Cummings, panelist for "Shifting Landscapes: The Value of Peace"

Eóin Cummings is a second-year undergraduate student, studying Politics at Queens University Belfast and the founder and President of the QUB Politics Society. He has worked on youth programs in the past such as the YMCA's Youth in Government Program and served as a member of the Lisburn and Castlereagh Youth Council. As President, he has been extremely focused on giving young people a voice in politics and educating young people on how they can bring about change and on politics more generally.

Coming from the island of Ireland, politics has always been part of his life, particularly being born after the 1998 Good Friday Agreement, which has been instrumental in how every facet of his life operates. Moreover, as a member of the LGBTQ+ community and a disabled person, the rights of minorities have been central to his political philosophy.