Tune into IrishCentral this Sunday, May 22 for "Tackling Climate Change Together," the third event of the New York Irish Center's “Ireland Today 2022 - The Inaugural America-Ireland Youth Conference” 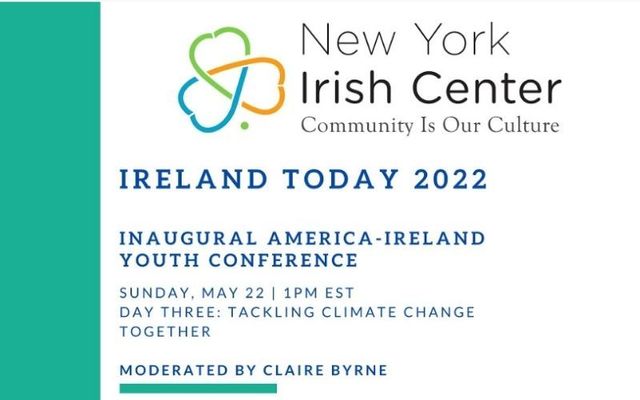 The New York Irish Center's “Ireland Today 2022 - The Inaugural America-Ireland Youth Conference” will bring together prominent experts, educators, and students from the US and the island of Ireland to discuss urgent global topics including gender-based violence, world peace, and climate change.

IrishCentral is delighted to be partnering with the New York Irish Center to bring you the "Ireland Today 2022" free live stream video conference from this Friday, May 20 through Sunday, May 22. Each day will feature a two-hour panel talk moderated by distinguished thought leaders followed by a question and answer session.

Tune in this Sunday, May 22 at 1 pm EST for the third panel discussion, "Tackling Climate Change Together."

The aim of this conversation is to discuss the reality of climate change and realistic steps and measures young people of both cultures can take to shift the tide in our favor.

Moderator of "Tackling Climate Change Together" 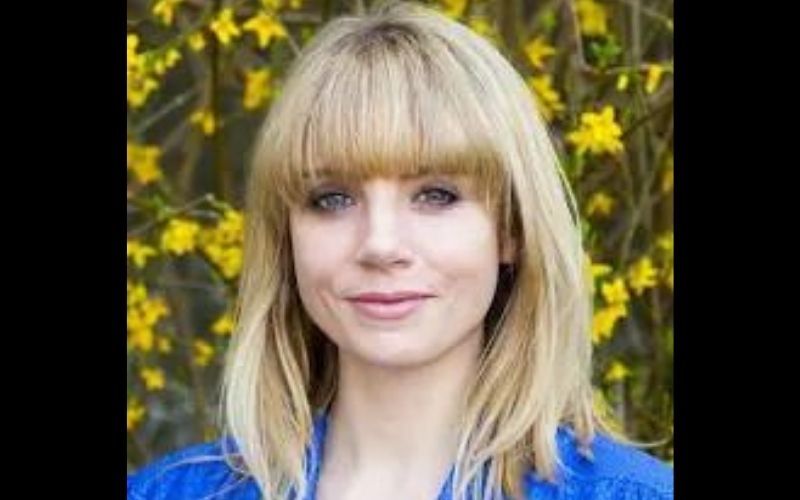 Claire Byrne is a politician, climate campaigner, environmental education specialist, and sustainability consultant for the events industry. She is a Green Party Councillor in Dublin for the South-East Inner City.

First elected in 2014, Claire’s work is dedicated to influencing public policy in the areas of climate action, planning, waste, equality, arts, culture, and active transport, aiming to create a climate-resilient Dublin while improving the quality of life for its citizens. She is Chair of the Dublin City Climate Action Plan Committee, an active member of the Arts and Culture SPC along with several other boards and committees.

Claire is also parliamentary assistant to Eamon Ryan TD, Minister for Environment, Climate Action, Communications and Transport was the Green Party candidate for the Dublin Bay South By-Election 2021. She has been an active member of the Green Party for almost 20 years, was part of the Programme for Government negotiation team for Arts and Culture in 2020, and has worked with the Party through two terms in Government. Claire is passionate about exploring the interface between creativity, politics, and climate as a way to communicate both the challenges and solutions of the climate crisis and to inspire positive, meaningful behaviour change through effective public policy.

Panelists for "Tackling Climate Change Together" 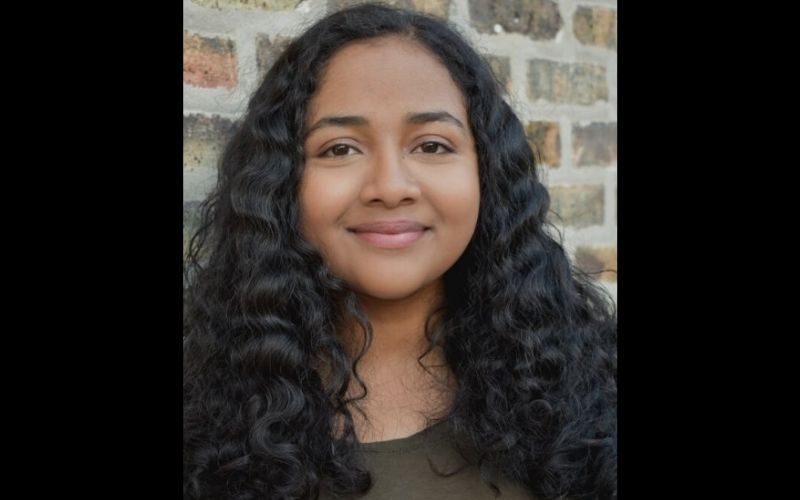 Marissa Kuriakos is currently a second-year undergraduate student at Oberlin College studying Environmental Studies with a focus on Urban Sustainability.

Born and raised in Oak Park, Illinois, Marissa was awarded the Posse Foundation Leadership Scholarship to attend Oberlin College. Originally undecided in her major, Marissa was struck by the dependence on single-use items and the terrible recycling infrastructure that became prevalent during the pandemic. She hopes to focus her research on closed-loop recycling systems that are consumer-accessible. At Oberlin, she is involved in the Oberlin Musical Theater Association, Asian American Alliance, and South Asian Student Association. 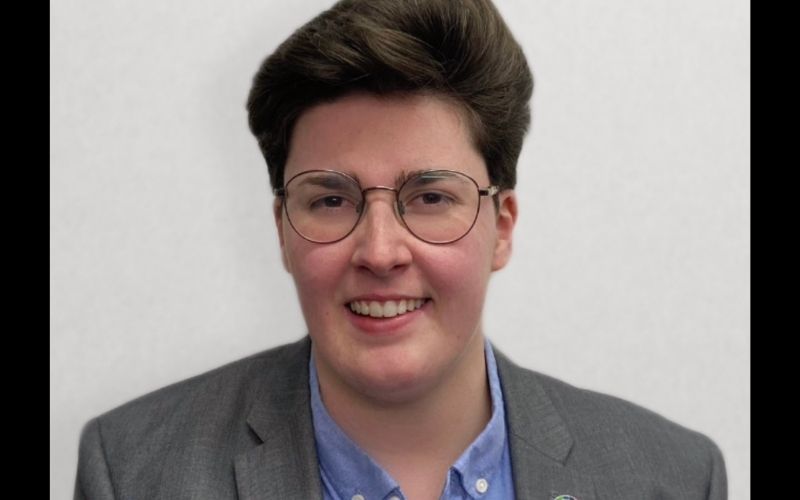 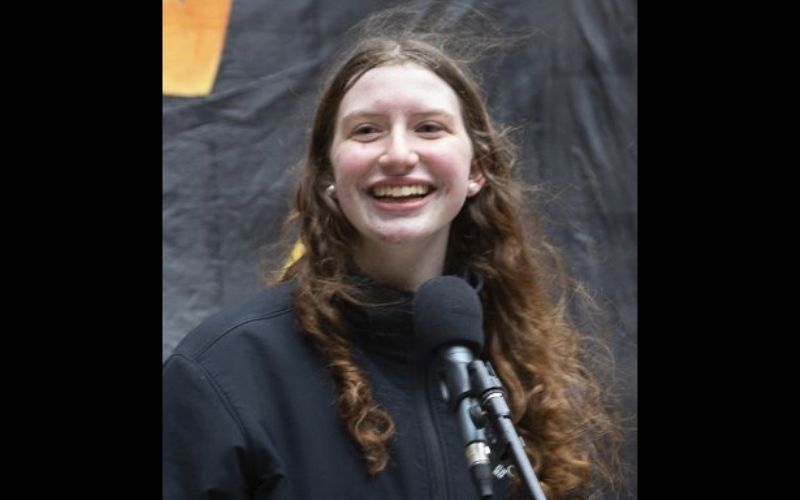 Jelena Collins (she/her) is a 17-year-old environmentalist from Oak Park, IL. She founded and runs Chicago's Youth Climate Coalition, helped draft climate action plans for her school and for the city of Chicago, regularly presents to community groups about climate science, and was a youth delegate at COP26 (the UN Climate Conference) in November. She also just organized an Earth Day rally for students across Chicago to advocate for green schools. 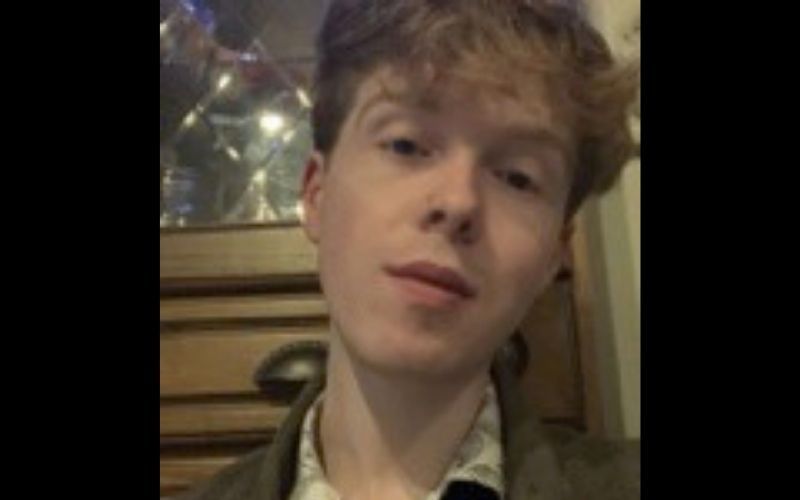 Tiarnán Burns is a 2nd-year undergraduate student at Queen’s University Belfast studying English and Linguistics. He is a founding member of the QUB Politics Society, and its current Secretary. He is an Irish Language speaker and am a member of the LGBTQ+ community.

As a young person, climate change remains the ultimate existential threat of this generation, and has unsurprisingly been the driving force behind his interest in politics. Having been raised in a small, rural community, he is keenly aware of the delicate nature of the environment, and the adverse effects of industrial farming on the island of Ireland, this has led to him getting involved in a number of climate action protests in recent years.