Clare man Danny Moloney was a legendary figure in the Irish community in New York, a man whose giving hand never failed as hundreds of Irish groups can attest to. 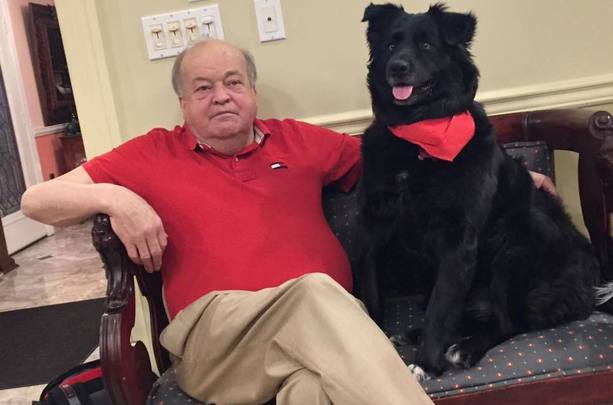 Danny Moloney never forgot where he came from and gave a leg up to thousands of young Irish “off the boat” over many decades through his massive moving empire Liffey Van Lines. His passing leaves the Irish community poorer in spirit, generosity, and love.

There are many, many great things that Clare man / New Yorker Danny Moloney did for others prior to his passing on Monday morning, January 10.

I’ll start with a personal perspective – the Irish Voice would not be around today without the unwavering support of Danny and the moving company he founded in 1975, Liffey Van Lines, one of the largest and most successful movers in New York, Ireland, and beyond.

About 25 years ago, Danny said he’d take a full-page advertisement in the Voice, every week, and to this day he never stopped. The journey from then until now has been full of fun, fascinating stories, epic St. Patrick’s and Christmas parties, and, most of all, great friendship.

Danny was the ultimate pal, always taking a phone call, ready with his advice and guidance, willing to lend a helping hand, and never wanting anything in return. He even strong-armed a few of his friends to support the Voice too.

“Maybe you can send a photographer to the Clare dance,” he’d say to me every year, and that would be the height of his ask. 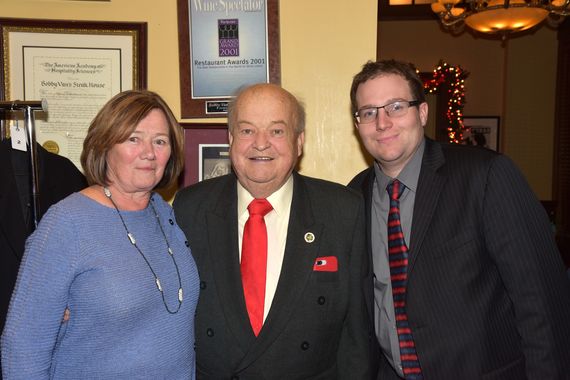 Danny was a supreme New Yorker, but Ireland and his native Co Clare had equal space in his heart too. Most years, pre-Covid, he would host a delegation of politicians from Clare for St. Patrick’s Day, and we would usually gather at some point in Bobby Van’s Steakhouse on Park Avenue, Danny’s regular haunt for entertaining his Irish guests. The visitors would discuss the progress and goings-on at home, and Danny was an active supporter, financially and every other way.

The St. Patrick’s season was always a busy time for Danny. For years he was the backbone of the parade in Mahopac, his second home in New York’s Putnam County. Danny owns a vintage car collection and would put the motors on the road for the parade, followed by a huge St. Patrick’s party back at his house.

Our “From the Hob” columnist Paul Keating well remembers Danny’s affinity for his home county and credits him with keeping the Clare Association in New York alive when it was on the brink.

“He was always our biggest supporter with extreme generosity,” Paul told me on Monday.

“Back in 1997, he underwrote Comhaltas accommodations for the Tulla Ceili Band for four nights (from East Clare) at my behest when they were marking their 50th anniversary.  He was very proud of his East Clare roots.”

Danny’s acts of kindness were countless and the vast majority unreported – just as he liked it. The limelight, making speeches, collecting awards – he wasn’t really interested in any of that.

As Liffey Van Lines grew and grew, he was always happy to provide jobs for the Irish. A quick phone call sealed the deal. If you were from “home” – Ireland – you were in, no questions asked. Danny never, ever forgot where he came from.

An Irish dinner dance that needed some tables sold? No problem for Danny. A political fundraiser had some extra tickets to shift? Count him in. Someone needed a journal ad in their honor? Sure thing.

The New York GAA, the Aisling Irish Center, the Hibernia Provident Society, the Emerald Guild Society, anything to do with Clare…I’m surely leaving out some of the New York Irish organizations Danny supported. There were so many. Not to mention the countless number of people he extended a helping hand to, no matter the circumstance. 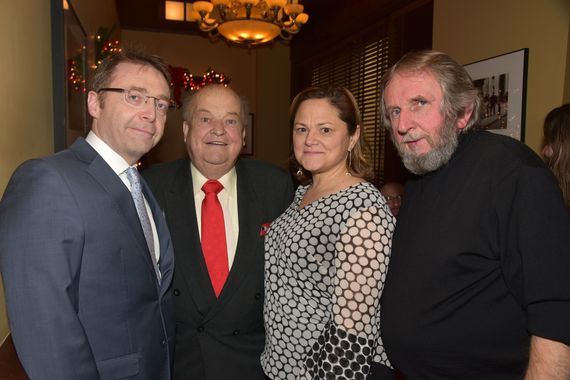 The day job was everything to Mr. Moloney. He was the consummate New York businessman and Liffey grew throughout the years into a giant, with the company’s trucks visible all over Manhattan’s streets and well beyond. Shipping containers to and from Ireland is also a mainstay of Liffey’s business, as is storage, a perpetual need of New Yorkers living in cramped spaces.

Danny owns Big Apple Mini Storage on East 124th Street, another Big Apple on the West Side, and other buildings in the Bronx, Mount Vernon, and Mahopac. A few years ago he asked me to meet him at Big Apple for a tour. His Irish-born manager was there, but Danny was the one who knew every single nook and cranny in the vast building.

He was a happy man when he was running his businesses at Liffey’s block-long headquarters on East 121st Street between Second and Third Avenues in Manhattan. Danny’s office is encased not far from the entrance, and in it, he has shelves of replica trucks, photographs, copies of The Clare Champion newspaper and, most importantly, a big phone on his desk with multiple extensions to handle all the incoming calls.

“Danny, pick up line two” was a common refrain from the switchboard when I’d go and visit him for a gossip catch-up. “Danny, call on line three” usually followed a few seconds later.  I had no choice but to eavesdrop, and his stories about wheeling and dealing in New York real estate were legendary.

I’m misquoting the figures here, but I remember one he told me – “there’s a building for sale and they’re looking for $2 million, ridiculous. I offered $500K cash.”  If memory serves, Danny got his building. The art of the deal was his specialty, and he loved making deals. 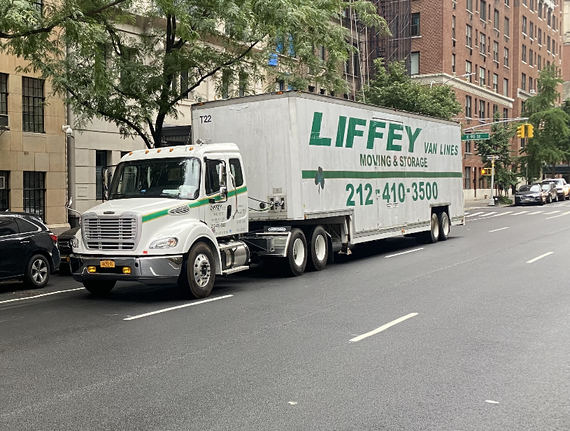 Every December, Danny would convene his huge tribe at Bobby Van’s for an epic Christmas party. He has so many friends and business associates that the night had to be split into two seatings to accommodate the overflow. The late Irish comedian Brendan Grace was one of Danny’s best buddies; he’d be at the party every year to entertain. Same with John Prunty, who would provide the dance music.

Danny’s life was full to the rim, but it wouldn’t be so without the two people who mattered most to him – his wife Rose, from Co. Mayo, and son Danny Junior, who has learned the inner workings of Liffey from his dad for several years now.

Rose is a towering and beloved presence at Liffey, keeping an eye out and providing constant support. She is not the “stand behind your man” woman – she’s always been right alongside Danny, every step of the way. And like him, never wanting any fanfare or plaudits.

It sounds like a cliché to say we’ll never see the likes of Danny Moloney again. But it’s 100 percent true. They don’t make them like Danny anymore. He will always be unforgettable to so many, and particularly to me.

We shared lots of laughs and stories. He was a spectacular friend. The Irish Voice will never be able to thank him enough for being our rock. I’m sure so many people Danny generously helped feel the same way.

*This column first appeared in the January 12 edition of the weekly Irish Voice newspaper, a sister publication to IrishCentral.