James Quinlan, from Waterville in Co Kerry, suffered a brain hemorrhage on Dec 19 and remains in intensive care in New York. 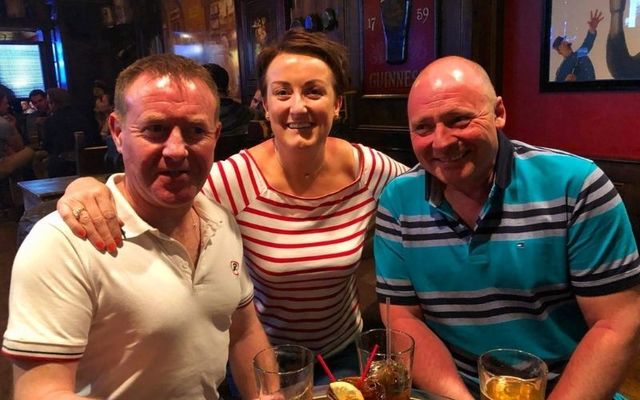 A community in County Kerry has rallied together to raise more than €75,000 for an Irish ex-pat who suffered a brain hemorrhage at his home in New York just before Christmas.

Fortunately, James received immediate medical assistance after suffering the hemorrhage but slipped into a coma and was intubated to assist his breathing.

His medical team also inserted a brain catheter to drain blood and excess fluid from James's brain in addition to reducing swelling.

He regained consciousness on Christmas Eve and was able to breathe unassisted.

He was also able to move extremities on demand, recognize familiar voices, and ask for family members.

James underwent a scheduled craniotomy on December 29 to "clip" two of the aneurysms and his family report that the procedure went well without any complications, stating that he is now stable, conscious, and back in the ICU.

Although he has made steady progress since regaining consciousness, James remains in intensive care under heavy sedation and will require extensive treatment to aid his recovery.

His family estimates that it will cost €250,000 to get James the treatment he needs, adding that it is essential that he begins treatment as quickly as possible.

His parents Eddie and Peggy and his siblings Adrian, Laura, and Karina thanked everyone for their support so far and asked people to donate to their GoFundMe to help get him the treatment he needs.

James emigrated to New York 17 years ago and has worked as a mechanic in the Big Apple ever since.