A GoFundMe has been launched for Irish man in NYC David Cassidy, who remains optimistic as he faces a long road towards recovery. 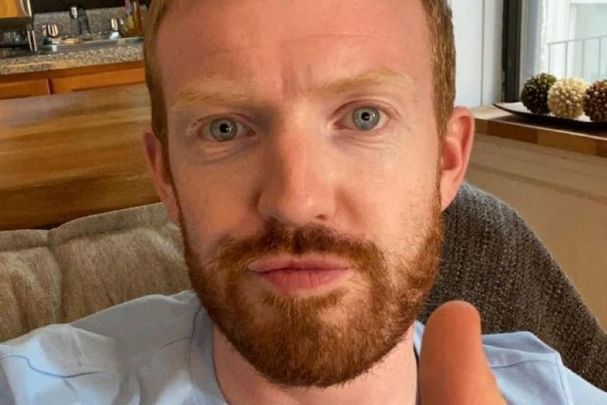 A GoFundMe with a goal of $250,000 has been launched to help with Irish man David Cassidy's medical expenses. GoFundMe

Irish man David Cassidy had both of his legs amputated beneath his knees after a freak accident on the subway in Manhattan last month, and now his friends and family near and far are rallying in his support.

Cassidy, a native of Clones in Co Monaghan who has been living in Woodside, Queens after heading to the US in 2013, is "eager to move forward" after his life-changing injuries.

Cassidy stumbled and fell down on the track on his way home to his apartment one morning in early December. Despite the best efforts of police and bystanders he could not be rescued in time before the train arrived..

To assist with David's recovery, his brother Niall Cassidy has launched a GoFundMe to help with David's growing medical expenses. So far, the fund has raised more than $129k of its $250k goal.

On the GoFundMe page, Niall writes that his brother is undergoing surgeries at Manhattan’s Bellevue Hospital that will lead to a long period of rehabilitation.

Niall writes: “Due to the nature of David’s injuries, his future medical expenses and prosthetics requirements are difficult to predict.

"Prosthetics alone will cost tens of thousands per limb and typically need to be replaced every three to five years. David’s medical insurance will only go so far towards meeting the lifelong costs associated with his injuries.

“On discharge from hospital, David will need wheelchair accessible accommodation and will also require assistance with many aspects of daily life as he recovers.”

Niall notes that his brother is “well known for going above and beyond for everyone in his life.”

He continues: "David’s resilience, positivity, and strength since the accident have been an inspiration to all of us. He is eager to move forward, get back to work, and get on with his life.

“It will undoubtedly be a long road but, in time, the doctors in Bellevue expect him to regain a good level of mobility. The support from everyone so far has been amazing and has made a very difficult time much easier to deal with.”

Niall and his parents Seamus and Kitty traveled from Ireland to the US to be with David during the Christmas period.

Niall told The Irish Times: “To be honest it’s a miracle that these are the only real injuries he sustained. He also has two fractured fingers.

"We are counting ourselves lucky that we didn’t lose him.”

You can support the GoFundMe for Irish man David Cassidy here.