Ted O'Connor, from Rathnure in County Wexford, remains in a coma after suffering a head injury when he fell from a balcony but has shown some signs of progress over the last week. 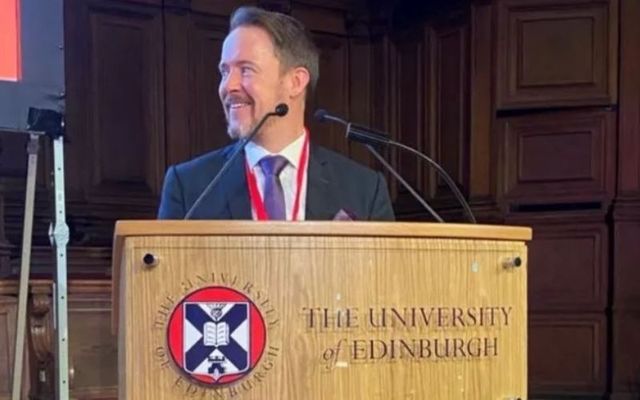 Wexford man Ted O'Connor has been in a coma since suffering a fall on Christmas Eve. GoFundMe

Almost $70,000 has been raised for a Wexford man who ended up in a coma on Christmas Eve after falling from a balcony and hitting his head while on holiday in Florida.

Ted O'Connor, from Rathnure in County Wexford, remains in a coma after suffering the head injury almost two weeks ago but has shown some signs of progress over the last week.

His family said in a statement that Ted Neuro Team are pleased with his progress so far, stating that he has shown encouraging responding to painful stimuli.

"Ted is still in a coma, but his Neuro Team are pleased with the progress that he has made so far. He’s showing increased responsiveness to painful stimuli and our hopes are rising with that. He is fighting so hard. Thank you all so much for your support, we have been blown away by your kindness. Please keep all the prayers coming, they are essential," his family said in a statement on GoFundMe on January 2.

A subsequent update revealed Ted continues to make small improvements every day, although he has since contracted Covid-19.

None of his family members have tested positive for the virus, allowing his mother Phyllis to visit him for one hour every day.

Club Chairman Shane Barron said that the local community wanted to help in any way that they could.

"The GAA has always been about supporting each other. Ted has been a player with us his whole life. He and all his extended family have given so much to the club. When we heard about the accident we just wanted to help any way we could. This GoFundMe does just that, if we can go some way to easing the burden that is currently on Ted and his family then we are only too happy to do it," Barron told Wexford People.