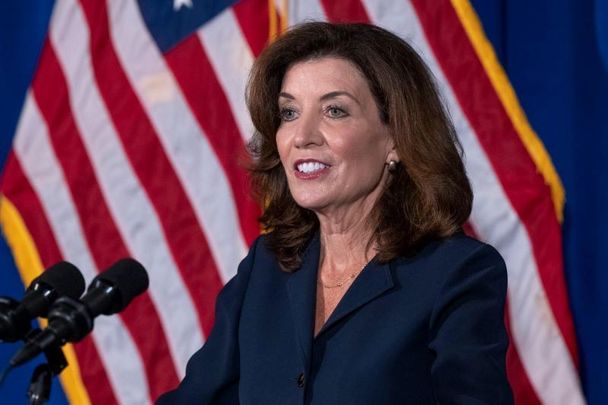 Gov Hochul said in a statement "For far too long, communities of color in New York have been held back by systemic racism and inequitable treatment.

"I am proud to sign legislation that addresses this crisis head-on, addressing racism, expanding equity, and improving access for all."

The new laws address the need for data collection on victims of violence, specifically against Asian Americans and Pacific Islanders.

Hate crimes against Asian Americans has increased drastically since the start of the pandemic with the news that the Covid-19 virus was first reported in China. In New York City there has been a 361% increase in anti-Asian hate crimes since 2020, the Daily Mail reports.

According to the FBI, 62% of all hate crimes are race-based. Twenty percent are based on sexual orientation and gender-based crimes rank at 13.3%.

The legislation was brought forward by state assembly members Karines Reyes and Yuh-Line Niou, Sens. Kevin S. Parker and Brad Hoylman, among others. The new legislation, S.70-A/A.2230, is intended to enact the "hate crimes analysis and review act." This will create guidelines for the collection and reporting of demographic data concerning hate crime victims and their alleged perpetrators.

In a press release, Reyes said "Our state is meant to be a beacon of diversity, equity, and inclusion, but without the tools to protect our marginalized communities these words carry little truth behind them.

"The Hate Crimes Analysis and Review Act ensures that we collect accurate demographic data of perpetrators and victims to better protect the communities being targeted. Without data, the plight of many will remain invisible."

Senator Julia Salazar said "As New York continues to face the devastation caused by the COVID-19 public health crisis, it is essential that the needs of all of our communities be understood and met.

"For the diverse Asian-American and Pacific Islander communities in New York, this cannot be accomplished without detailed data that recognizes and respects the experiences of the numerous groups that make up the AAPI communities."

"Asian-American communities are among the most impoverished in New York," Niou said. "They also faced some of the toughest headwinds even before the pandemic began while also being unable to navigate critical government services due to a lack of language accessibility."