CLRG's World Irish Dancing Championships, hosted this year in Belfast from April 10 - 17, will be streamed online in its entirety for the first time ever via FeisTV. 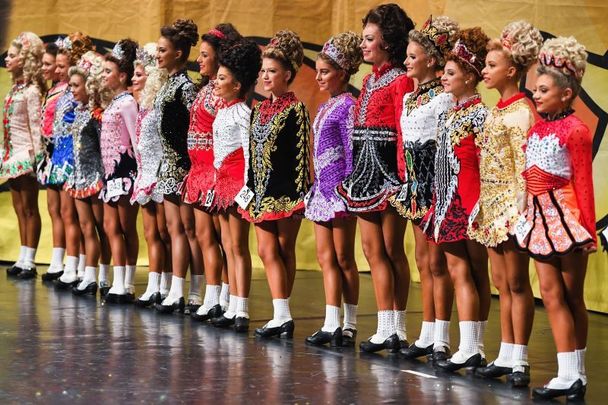 The prestigious Irish dancing event, the highest level of competition within the CLRG organization, will be hosted at the ICC Belfast Waterfront Hall from April 10 - 17 and will draw thousands of Irish dancers from around the world to compete in both solo and ceili competitions.

After two years of postponements due to the pandemic, this historic event will celebrate the irrepressible spirit of Irish dancers and Ireland’s resurgent culture of music and dance. The traditional aspects of Irish step dance will fuse with increasing athleticism, innovation in choreography and rhythm to deliver a modern and truly inspiring evolution of the cultural dance form.

For the first time ever, all the excitement, talent, and atmosphere of the World Irish Dancing Championships will be broadcast live across the globe as CLRG partners with FeisTV.com. You can learn more about the subscription service here.

Additionally, Rince TV will broadcast live all week capturing the magic and excitement backstage and throughout the Waterfront Hall with RTÉ’s Carla O’Brien.

The opening ceremony for CLRG’s 50th Anniversary World Irish Dancing Championships will be held on Sunday, April 10 at 5:30 pm in Belfast. Michael Flatley, local dignitaries, and the very first world champion Irish dancers from 1970 will be on hand to kick off the event and welcome Irish dancers to Belfast.

The opening ceremony will feature both video and live performances reliving the historical 50 years of Irish dance. Ireland, the UK, Australia, New Zealand, North America, Europe, Africa, and the newer developing regions in the Irish dance world have each produced and choreographed the portrayal of The World Championships during each specific decade. The performances feature dancers from different schools and different countries which came together and worked with choreographers to develop each piece. Music was commissioned and the performance component of the Ré Órga celebrations has been led by Marie Duffy Pask.

Each day of the World Irish Dancing Championships will be themed to a participating country. The opening day of the Championships on Sunday, April 10th will be Lá na h-Éireann – Ireland Day.

An archives/ historical group has been formed to showcase the history and development of Irish Dance over the last 50 years in part through memorabilia and costumes. Due to the pandemic, it will be mainly portrayed digitally at the venue.

As CLRG is under the auspices of Conradh na Gaeilge, the democratic forum for the Irish Language Community, there will be a strong Conradh presence at this year's event. Several Irish language events will be hosted throughout the World Irish Dancing Championships:

An images group has also developed the official mascot for Oireachtas Rince na Cruinne. Come meet Cú McCool, the Irish Wolfhound, in-person throughout the event. Soft toys can be purchased at the event or online at the CLRG store. The images group is organizing local flash mobs and social media surprises also.

An Coimisiún le Rincí Gaelacha says its objective is to uphold and promote the living language, music, and dance of the Irish people worldwide. It strives to preserve the tradition and authenticity of Irish Dancing; ensure the well-being and safety of dancers; oversee the proper training and vetting of certified teachers and adjudicators and facilitate fair competition and good sportsmanship.