Tony Award winner Terrence McNally passed away in Florida on March 24 following coronavirus complications. He was 81. 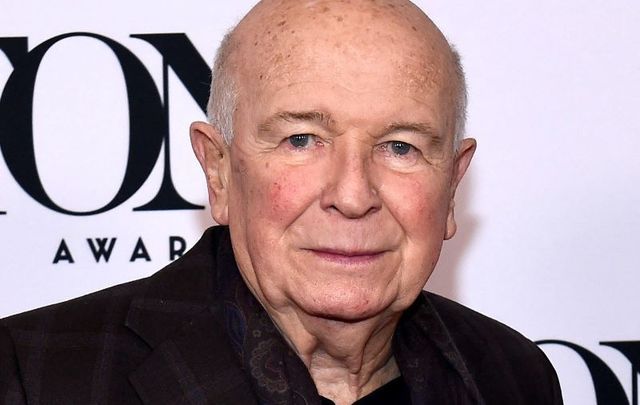 The 81-year-old, who passed away at Sarasota Memorial Hospital in Florida, was a lung cancer survivor and struggled with chronic obstructive pulmonary disease

The New York Times describes McNally as a “remarkably prolific and consistent dramatist” who has “some three dozen plays to his credit, as well as the books for 10 musicals, the librettos for four operas and a handful of screenplays for film and television.”

McNally additionally won an Outstanding Writing in a Miniseries or a Special Emmy Award in 1990 for “Andre’s Mother” and in 2018, he was inducted into the American Academy of Arts and Letters, the highest recognition of artistic merit in the United States.

In 2019, McNally was honored with a Lifetime Achievement Tony Award:

In a 2015 interview with the Irish Voice Newspaper, sister publication to IrishCentral, McNally reflected on a visit to Dublin: "It’s the raw energy. I felt very at home there. I was on the top floor of the Shelbourne hotel and from there you can see that Dublin really stops and green farmland takes over. That was very striking to me."

He added that he had spent time with Angela Lansbury in Co Cork: "Our plan is to go again for a couple of weeks this summer. She spends most of July and August there and God it was a revelation.

"[In Cork] We did nothing but drive around, look at terrific scenery and eat wild-caught fish. Maybe you have to get older to go to Europe and not think it just means museums and cultural things, you know?”

Read More: On This Day: Sean O'Casey's 'Juno and the Paycock' debuts at The Abbey Theatre in Dublin

On Twitter, McNally’s husband Tom Kirdahy responded to the outpouring of condolences:

Terrence loved your reporting @jaketapper . He loved your truth telling I am broken-hearted https://t.co/giaPbRwAFc

Thank you @ChrisJonesTrib It's almost unbrearabky painful to watch this--and yet it fills my soul https://t.co/xRwKpXCyis

"A lot of people stop learning in life and that's their tragedy."- Terrence McNally, one of the most brilliant and prolific playwrights... EVER. #RIP https://t.co/1u5tMMWk9c

My dear sweet brilliant kind Terrence. The world is not nearly as sweet of a place without you in it. My heart is breaking yet again. 💔
Terrence McNally Dead: Tony-Winning Playwright Dies of Coronavirus – Variety https://t.co/IDQPbS80ml

Terrence McNally was a legend among legends on Broadway. If you are an actor, there's a good chance you have performed one of his works. If not, you surely will in your career, he was that prolific and gifted. Ah, my heart breaks at the news! https://t.co/N71IQcStFH

RIP #TerrenceMcNally, who died today from #coronavirus complications. His was a vital voice in American theatre, especially effective at lifting up and amplifying the American LGBTQ experience. My thoughts are with his husband and their loved ones. Take good care, all.

Heartbroken over the loss of Terrence McNally, a giant in our world, who straddled plays and musicals deftly. Grateful for his staggering body of work and his unfailing kindness.

Saddened to hear of the passing of Terrence McNally. He was an absolute gentleman and his commitment to the theatre was unwavering. He will be missed by so many of us x