Playwright Brian Friel, best known for his plays “Philadelphia, Here I Come!” and “Dancing at Lughnasa,” would have been 90 today. 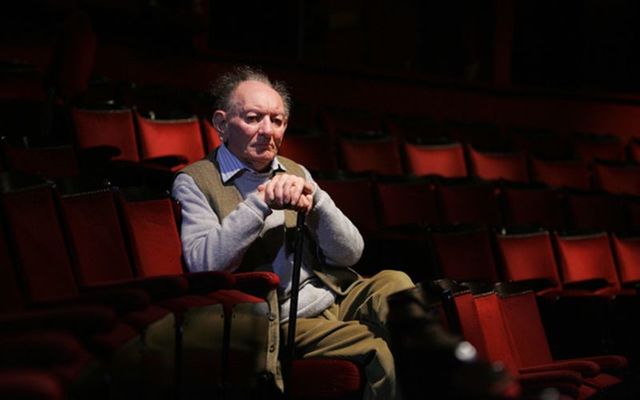 On this day, January 9, 1929, the famed Irish playwright Brian Friel was born.

Friel’s career spanned 50 years during which time he carved a place as one of Ireland’s most iconic playwrights. His plays also touched huge numbers of Irish people as they were are part of the Leaving Certificate syllabus.

Some of his other plays include: “The Freedom of the City,” “Aristocrats,” “Faith Healer,” and “Translations.” He was also credited with adaptations of classics by Chekhov, Ibsen and Turgenev, among others.

Born in Omagh, County Tyrone, on January 9, 1929, Friel became a teacher, following in his father’s footsteps after his education at St. Patrick’s College in Maynooth and St Joseph’s College in Belfast.

Although he wrote throughout his life, it was in 1967 that he became a household name with “Philadelphia, Here I Come.” During his six-decade career, he completed 30 plays.

Read more: Iconic cottage from Brian Friel’s 'Dancing at Lughnasa' will be preserved

His play “Dancing at Lughnasa,” which is set in Donegal in August 1936 in the fictional town of Ballybeg, is loosely based on the lives of Friel's mother and aunts who lived in Glenties. In 1998, the play was adapted into a film starring Meryl Streep.

A member of the Royal Society of Literature, the Irish Academy of Letters and the American Academy of Arts and Letters, Friel was a publicity-shy figure. However, in 1972 he gave a talk entitled “Self Portrait.”

In it, he said: “I am married, have five children, live in the country, smoke too much, fish a bit, read a lot, worry a lot, get involved in sporadic causes and invariably regret the involvement, and hope that between now and my death I will have acquired a religion, a philosophy, a sense of life that will make the end less frightening than it appears to me at this moment.”

Which is your favorite of Friel’s plays? Let us know in the comments section, below.