Tony nominated for his book of the remarkable Kander and Ebb musical The Visit, now playing on Broadway. 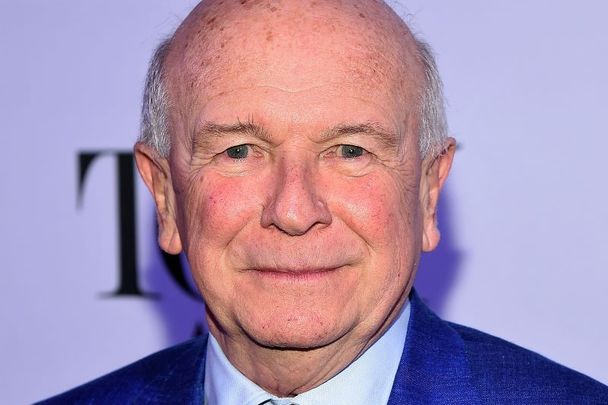 Terrence McNally: Tony nominated for his book of the remarkable Kander and Ebb musical The Visit, now playing on Broadway. Getty Images

Playwright Terrence McNally, 76, has had a career spanning five decades, and his plays are now regularly produced all over the world, but the man who was raised in Corpus Christi, Texas has one accolade that isn't as widely known: his Irish heritage.

McNally was Tony nominated for his book of the remarkable Kander and Ebb musical The Visit, now playing with Tony nominee (and Broadway legend) Chita Rivera.

At 76 you might forgive a playwright for having grown leery of taking creative risks but in The Visit (which has five Tony nods) McNally and Rivera have in fact created one of the most pointed and absorbing meditations on how we live and what it costs us seen on a Broadway stage in years.

Harnessing the power of fable, The Visit introduces us to Claire Zachanassian (Rivera), the richest woman in the world, as she returns to the hardscrabble town of her birth.

The locals are electrified by her appearance, hoping that her vast wealth will buy them an unexpected future, but the bargain will carry a fearful price. In exchange for their prosperity Zachanassian wants the dead body of Anton Schell (Roger Rees), the still living old man who scorned her in her youth.

Audiences don't generally expect to be asked these types of questions in a Broadway show, which is why banner names like McNally and Rivera have smuggled in this philosophical contraband in a show that is as precise and finely tuned as a V-2 rocket.

McNally's own respect for Irish literature, his Catholicism growing up and his contention that Dublin (and Milan) are the two cities in Europe that remind him most of New York are also indisputable signals that he has connected deeply with Ireland.

“It’s the raw energy. I felt very at home there. I was on the top floor of the Shelbourne hotel and from there you can see that Dublin really stops and green farmland takes over. That was very striking to me,” McNally told the Irish Voice.

Actress Angela Lansbury first invited him to spend some time at her place in Cork and he totally fell in love with it, he says. “Our plan is to go again for a couple of weeks this summer. She spends most of July and August there and God it was a revelation,” he added.

McNally’s idea of a Europe trip is going to lots of museums and seeing new plays and coming back exhausted. “But in Cork we did nothing but drive around, look at terrific scenery and eat wild caught fish. Maybe you have to get older to go to Europe and not think it just means museums and cultural things, you know?”

For most of his life he pictured Ireland as rainy and dreary. “I know it can be, but what I didn't know was that it changes 10 minutes later. It's kind of a nice discovery to make later in life.”

The first time McNally went to Ireland he took the boat from Holyhead to Dublin, he says.

“I stood on the prow of the ship at dawn trying to feel exodus, like returning to Israel you know, and I just couldn't work up any real emotion. It was a dreary day. So I'm not Irish that way. My parents never talked a lot of it,” he says.

“I come from a very checkered past, but there was never much talk about the previous McNally's. Maybe they were terrible criminals in another life.”

Speaking of The Visit, which has become a hit show, McNally says it was the power of the fable at the heart of it that drew him to the work.

“Most musical are adaptations and I've never attempted a book for a work I didn't respect enormously. This is my third show together with Kander and Ebb and Chita Rivera,” he says.

“I think it's a very bold and dense piece. I think it makes people uncomfortable. It's very moving too. I think there's a great love story in there too, because the woman comes back for more than revenge. But it's really about the choices we make in our lives, and who we become.”

Instead of being an avenging harpy come to finish her former lover Schell off, it turns out that Zachanassian is an unlikely angel who saves his soul. As codas to a brutal war go, it's unforgettably perfect and a late in life discovery to rival his discovery of Ireland.