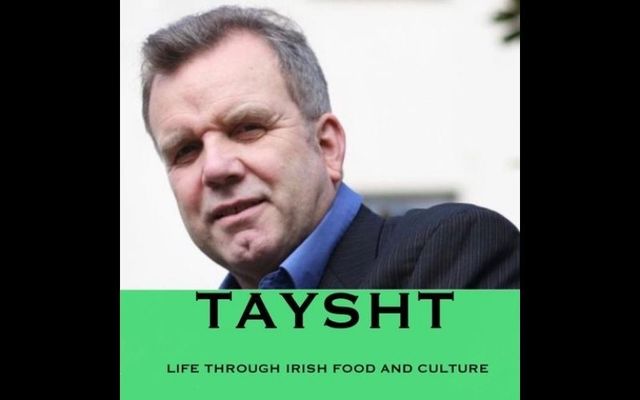 Niall O'Dowd chats with Mike Farragher in the newest episode of "TAYSHT."

This is a difficult blog to write, mainly because it forces me to say something nice about Niall O’Dowd.

He’s never said anything nice about me, so why should I suck up to him just because he is the founder of IrishCentral and gave me my first big break as a writer?

Every time I’d walk into the newsroom of The Irish Voice, the paper he founded where I worked for 15 years for slave wages, O’Dowd would toss off some snide comment like, “there’s this day ruined,” or “get this Jersey trash out of the newsroom” when he saw me.

Case in point: I released 2 books of memoir collections that were previously published as weekly columns in The Irish Voice. To acknowledge the incalculable contribution they had on my writing career, I asked Niall and his lovely wife (and Irish Voice Senior Editor) Debbie McGoldrick to write the forward of each book. McGoldrick, in keeping with her warm and nurturing style, wrote the following in the forward for "This Is Your Brain on Shamrocks 2: 50 Shades o’ Green:"

"Mike paints pictures with his words and he does so with true passion and style. He’s extremely proud of his association with the Irish Voice, and the feeling is mutual. He’s got a brain, all right—and it’s filled not only with shamrocks but so much more, as his regular readers will attest. It’s been a real pleasure to watch Mike develop his own true Irish-American voice in the pages of our paper each week."

Nice, right? You honor someone with a slot in the first pages of your book and you’d expect a little sugar kiss in return, right?

Not so with Niall. Not a kind word out of that dried out husk he calls a fountain pen. Here is what he wrote in the bile-soaked foreword of "This Is Your Brain on Shamrocks:"

"Mike Farragher is not the kind of guy you’d want at your wedding, funeral, or bachelor party. But you'd want to read his book. He's too observant for your own good and he will catch that funny moment when you least expect it. It makes great reading unless you’re the subject. The bride drops her drawers? Mike will catch it. The coffin falls out of the hearse? Mike will be there, gimlet eye seeing all. Then he'll toss off some devastating riff on your wedding/funeral etc. and you will be shamed for life. And if you see Mike on the guest list at one of your special events—bar him."

What made his foreword that much more infuriating is that it turned out to be the best thing in the book, chock full of so many surgical zingers that a Catskill comedian would shake in his boots with envy. It was all downhill for the reader after that.

I guess asking for kind words would be too much to ask someone who had given me so much up to that point. I was a nobody when I submitted a packet to the newsroom of his paper. That packet included a headshot with me with a Guinness flat cap (turned backward, no less), the ultimate portrait of the kind of plastic Paddy shamrockery I know Debbie and Niall despise. How they looked past that to see something in the writing that would give me the break that transformed my life is beyond me. I am clear there would be no TAYSHT broadcast or any books, plays, or films without the lift that Niall and Debbie gave me.

Turns out I am not alone. As publisher and founder of The Irish Voice, Irish America Magazine, and IrishCentral, Niall O’Dowd has provided the launching pads of countless writers who have gone on to bright lights of Hollywood (Jim Sheridan, director of "My Left Foot" and Terry George, writer of "Hotel Rwanda" and "In the Name of The Father") and media moguldom (April Drew, owner of Drew Media and publisher of "Brides of Limerick").

As an activist, he has had a seat at the table to broker peace in Northern Ireland. As a historian, he has called out the significant contribution of the Irish diaspora globally. His latest book, "George Washington and the Irish," is the latest example of how he sets the record straight on our history.

It is not an exaggeration to say that no Irish-born journalist has exacted more influence on US immigration policy, culture, and global peace than Niall O’Dowd.

We discuss this storied career on the latest episode of our TAYSHT podcast, available here:

Yes, this podcast episode is littered with insults hurled at one another, because we know of no other way to communicate our longstanding love and bromance with one another. I didn’t take any offense that Niall overlooked me to write the foreword of George Washington and the Irish because he knows better.

For this St. Patrick’s Day Week installment, we offer the definitive recipe for Irish brown bread. This is courtesy of Tipperary native Shaun Brady, Executive Chef and owner of Brady and Fox, which opens in Kansas City, Missouri later this month.

Whisk together buttermilk, Guinness, and eggs and set aside, then combine all dry ingredients. slowly add liquid into dry ingredients and knead together until dough is formed. Place in a 2lb loaf pan and bake at 325 degrees for 25 to 35 minutes or until a pick comes out clean.