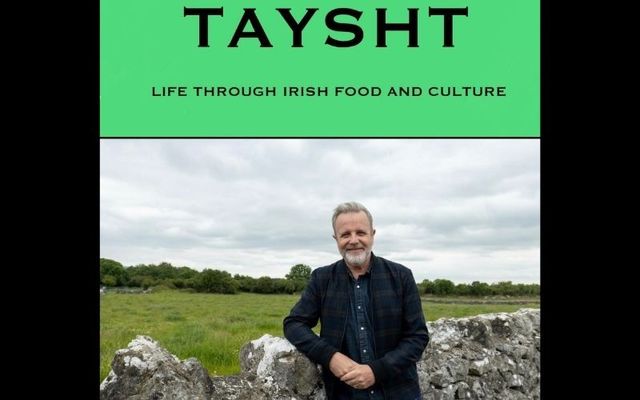 Michael Londra chats with Mike Farragher in the latest installment of "TAYSHT." TAYSHT

“I want to give artists who are up and coming, who don’t have a hope at booking a show in the States, a spotlight,” Michael Londra says on the latest TAYSHT podcast, describing the creative driver behind his wildly popular "Ireland with Michael" show on PBS.

“They are our backbone, our best asset, these young traditional artists that are out there in the village hall three or four nights a week learning to play the fiddle and harp. They’re the ones that will be touring with these shows years from now. They are the future of this music. That’s what I think real Ireland is and my hope is that will prompt people watching the show to visit them and seek them out.”

Michael Londra has spent a lifetime championing unknown Irish artists ever since he was one himself. The Emmy® nominated Wexford singer and producer got his big break catching the attention of Riverdance producers after years of tireless work on both sides of the Atlantic. He was offered the role of lead singer in the US National Tour which included performances on Broadway and on stages that include Radio City Music Hall and the MGM Grand in Las Vegas.

He liberally shares the limelight with many musicians and artists on shows he has gone on to produce. Michael’s work with partner Jean Clancy on the Celtic Woman project was a turning point in Michael”s career off stage. He has been involved in many productions around the world as an artistic director and producer. He toured Dance of Desire in China and worked with Harmony Artists to bring Caution: Men at Work and The Spirit of Christmas show to Asia.

Listen to the TAYSHT podcast episode with Michael Londra here:

On the TAYSHT broadcast, Lodnra raves about siblings Caoimhe and Séamus Ó Flatharta, from the Gaeltacht region of Conamara in County Galway. Born into a musical family in the village of An Áird Mhóir, they were exposed to traditional Irish music at a very young age and later developed into accomplished multi-instrumentalists, singers, and dancers. You can check them out here:

In his "Ireland with Michael" series, Londra seeks out talents in all forms of Irish culture; he interviews cheesemongers, chefs, and historians to capture the rich tapestry of modern and traditional Ireland.

“I am a total Irish food snob and I will not have it here,” he says firmly when asked where he gets his feed in the States.

"The things I miss I can usually make. I’d be good with a roast lamb and a solid shepherd's pie. When in Wexford, I am all about the Drover meat sausages and chips. I love a pint of Guinness in Ireland. When they pour it, the world stops.”