Michael Londra is back for a second season of the popular PBS TV series "Ireland with Michael", taking viewers to famous destinations and hidden gems across the Emerald Isle. 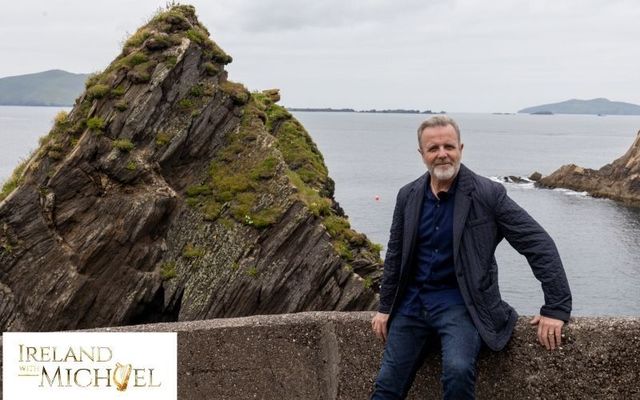 Michael Londra tours the Skelligs off the coast of Kerry for the second season of "Ireland with Michael". VenuWorks

The second season of "Ireland with Michael" features Irish tenor and Riverdance star Michael Londra as he travels from county to county with local musicians and artists, immersing audiences in Ireland's rich cultural heritage.

Londra, an Emmy-nominated tenor from Wexford, once again gives viewers an opportunity to learn about Irish history, meet local artisans, experience small-town pubs and local Irish cuisines as he treks across the Dingle Peninsula, undertakes breathtaking day trips in Dublin, and explores the birthplace of his grandfather in Mayo.

"Ireland with Michael has given me the chance to highlight our greatest asset," Londra said in a statement.

"Be they singers,  dancers, poets, artisans, or storytellers, our creators share their Ireland, in every episode of the show. I'm so proud of the country and the people in it, so I feel honored to be able to share that around the world.

"We were delighted with the response to Season  One, so bringing a new round of adventures in Season Two is all the more special. There will be many more adventures to come on Ireland with Michael."

Season two of "Ireland with Michael" is sponsored by Tourism Ireland, CIE Tours, and Aer Lingus and is distributed across the US by the National Educational Telecommunications Association (NETA).

It first aired on public television in January and is available to watch on local PBS stations.

The first season of the public series debuted in 2021, receiving more than 4,000 airings and broadcasting into more than 75% of US households.

For more information about the second season of "Ireland with Michael," click here.