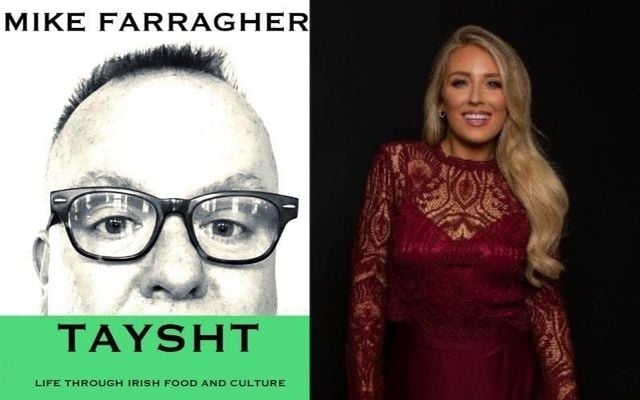 The Mexican culture really does the coming-of-age thing right. Their quinceañera celebrates the fifteenth birthday of a girl on her way to womanhood with a lavish display of pageantry and love. The Irish don’t do that, though Chloë Agnew’s coming of age party on her first trip to America would make any ‘chica’ jealous.

You can listen to the newest episode of TAYSHT featuring Chloë Agnew here:

I was there when Agnew glided into the room of the New York Irish Consulate back in March of 2005, when she and the young lasses of Celtic Woman breached the American shoreline. They were there in their trademark ball gowns, wide-eyed at the idyllic views of Manhattan from this lofty rooftop vantage point.

“That night was surreal; I couldn’t believe so many people knew who we were,” Agnew recalls during our conversation on the latest TAYSHT podcast. “We couldn’t believe how quick it all happened to us.”

The Celtic Woman PBS Special first aired in March 2005 and within weeks, the group's eponymous debut album reached #1 on Billboard’s World Music chart. It eventually toppled Andrea Bocelli’s 68-week run at the #1 spot on 22 July 2006. The album ultimately held the top position on the Billboard World Music chart for 81 weeks. Their second album, Celtic Woman: A Christmas Celebration knocked their first album to the #2 spot on the World Music chart when released in October 2006.

Chloë performed with Celtic Woman for almost a decade before moving on to pursue a solo career in 2013. Highlights of her time away included Croke Park’s Stars, Choirs and Carols Guinness Book of Records concert to a crowd of 15,000, a stop at the prestigious Ryman Auditorium in Nashville, and a collaboration with Emmy award-winning tenor Eamonn McCrystal on his album And So It Goes in a duet with the legendary Rita Wilson.

She was also featured in several television shows that are currently airing on PBS, including The Power of Music with Ethan Bortnick and Damian McGinty (Glee Project/Celtic Thunder), and the Nathan Carter Celtic Country show. Chloë has been touring with top Irish artist Nathan Carter since 2017 and was the headline act for the award-winning Atlanta Pops Orchestra on its National US tours.

Agnew rejoined the Celtic Woman family in 2020 as a special guest on their 15th-anniversary tour and completed a handful of shows before the pandemic dropped the hammer on the production. She is thrilled to be back for their new 2022 show, Postcards from Ireland. A full itinerary of the tour can be found here.

Chloë Agnew is grateful to be back on the road with the show that started it all for her. “When I sing something like ‘You Raise Me Up,’ I still get moved by it,” she says. “There is such a strong connection these songs have with the fans, it’s great to see!”

I’ll drink to that. Celtic Woman shows are always a magical evening of entertainment, and who doesn’t need that during these crazy times?

Mike Farragher’s This Is Your Brain on Shamrocks March book tour includes a "rock and read" with Seamus Kelleher at the New York Irish Center (1040 Jackson Avenue in Long Island City) on March 9 at 7 pm, as well as a stop at Thunder Road Books (3rd Avenue, Spring Lake, NJ) on March 12 from 10:30 to 12.