Niall O'Dowd on the untold stories in his new book "George Washington and the Irish: Incredible Stories of the Irish Spies, Soldiers, and Workers Who Helped Free America". 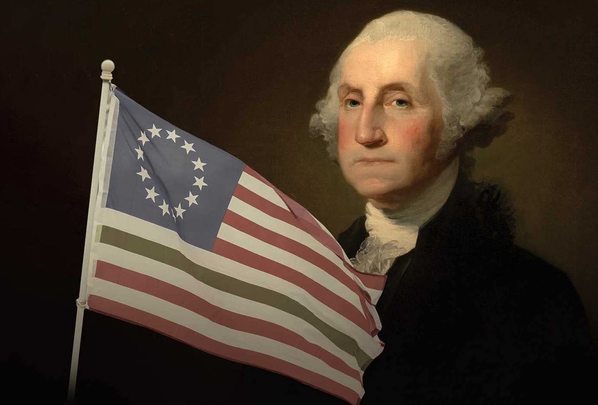 The cover art of "George Washington and the Irish: Incredible Stories of the Irish Spies, Soldiers, and Workers Who Helped Free America" by Niall O'Dowd.

We Irish are proud of being the great green machine in America, with everyone from the White House on down rolling out the green carpet for the special day of March 17 when 30 million Americans claim heritage to our shamrock shore.

But the ceremonies, including Catholic Church gatherings, are focused almost entirely on that one faith of our fathers. It is time that women, and Irish Presbyterians, who played major roles in the American Revolution were remembered.

That is a major theme of my new book titled "George Washington and the Irish: Incredible Stories of the Irish Spies, Soldiers, and Workers Who Helped Free America". There is an extraordinary opportunity to widen the St. Patrick’s franchise to memorialize far more of the Irish diaspora and to bring women and the Northern Irish dissenters into the commemoration in America of Ireland’s special day.

The Irish are rightfully proud of the role our people played in the creation of the United States of America – the full name of the country now acknowledged as first created by Stephen Moylan from Cork, George Washington’s aide de camp (Moylan was seeking a position as ambassador to Portugal) – but pride is not enough to rest on our green laurels and watch the adulation disappear on March 18 in the Celtic mist.

The opportunity is there to tell the truth that those Irish men and women are mostly forgotten, and so few of their contributions have been acknowledged that it remains an unknown story even though their valor was a foundation stone of the Republic. Here are some of their stories.

Mary Waters, from Dublin, was the Florence Nightingale of the Continental Army whose work was so astounding and caring that the army’s chief medical officer Benjamin Rush, the most famous physician in America, announced his intention to write a biography of her which, alas, did not survive.

Charles Thomson was secretary to the Second Congressional Congress who came to America from Maghera, Co Derry and started life as an orphan after his father died on the ship coming over from Ireland. What followed was a remarkable rise. He was the person who officially informed Washington, his very close friend, that he was president.

As historian Ron Chernow wrote, “The legislators had chosen a fine emissary. Washington said, ‘It is a peculiar gratification to have received the communication from you.’” Thomson also co-created the Great Seal of America.

Hercules Mulligan was a master spy. Washington dined with the obscure haberdasher the day after Evacuation Day to everyone’s shock. It was only then revealed that Mulligan, a native of Co Tyrone had been among his best spies and saved Washington’s life twice.

Former CIA Director William Casey called Mulligan America’s greatest ever spy and proposed a statue to him. A young man called Alexander Hamilton boarded with Mulligan when he first came to New York as is recorded in Hamilton, the global hit musical by Lin-Manuel Miranda.

Then there was Elizabeth Thompson, Washington’s housekeeper from Ireland whom he hired when she was age 72. To elude the British, Washington moved residence 25 times and Elizabeth was in charge of every fraught move.

She became the most familiar face to Washington outside his family, and a person he deeply trusted. Washington became so devoted to her that he wanted her to spend her final years with his family at Mount Vernon.

Elizabeth Hutchinson fled Northern Ireland with her husband and son and settled in the Carolinas. Soon after they arrived, her husband was killed by a falling tree.

Penniless, pregnant, and a widow, she moved in with a relative who was ill and cared for her the rest of her life. She became known as a compassionate carer. She died of fever treating afflicted passengers on a ship.

Her son, born in America, was Andrew Jackson, who became the seventh president of the United States in 1829.

*"George Washington and the Irish: Incredible Stories of the Irish Spies, Soldiers, and Workers Who Helped Free America" by Niall O'Dowd is available here.