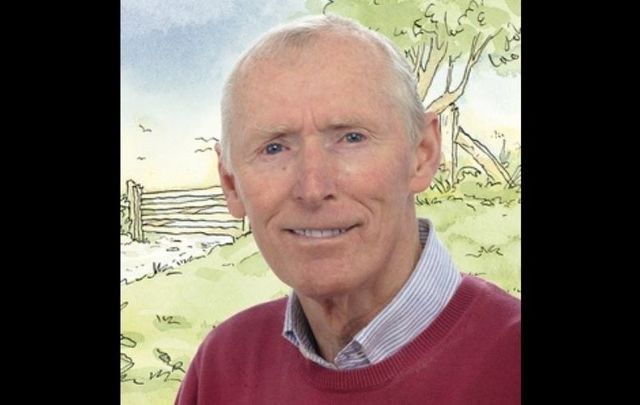 Sam McBratney, the Belfast-born author of "Guess How Much I Love You," has passed away. Walker Books

Sam McBratney, the Belfast-born author of the beloved children’s book “Guess How Much I Love You,” passed away in his native Co Antrim on September 18. He was 77 years old.

Karen Lotz, the group managing director of Walker Books Group, said in a statement on September 21: “Sam McBratney was a profoundly lovely human being.

“You could recognize his voice in a moment — he was an exceptionally talented wordsmith and always knew exactly what children would enjoy hearing the most. Amazingly humble, he also was a hilarious storyteller and convivial companion.”

While McBratney published more than 50 books for both children and young adults, his 1994 children’s book “Guess How Much I Love You” is arguably his most popular - the picture story has sold more than 30 million copies worldwide, and has been translated into 53 languages.

McBratney once described his massively popular children’s book as “a lighthearted little story designed to help a big one and a wee one enjoy the pleasure of being together.”

McBratney’s death on September 18 comes just days before the publication of “Will You Be My Friend?,” which saw McBratney again team up with Anita Jeram, who illustrated “Guess How Much I Love You.”

Commenting on "Will You Be My Friend?," McBratney had said: “When writing about the hares, I aim to describe moments of emotional significance but with loads of humour and the lightest of touches. This story is about one of those moments. Little Nutbrown Hare’s world suddenly glows with the discovery of friendship.”

McBratney, who studied history and political science at Trinity College in Dublin, was a school teacher for about 20 years before taking an early retirement to focus on writing full time in his middle age. He is survived by his wife of 56 years, Maralyn, their three children, and six grandchildren.

You can watch Sam McBratney speaking at the 2011 National Book Festival in the US here: