From cruel history to Irish slang, this is the definitive list of must-read books for Irish Americans from expert Tom Deignan. 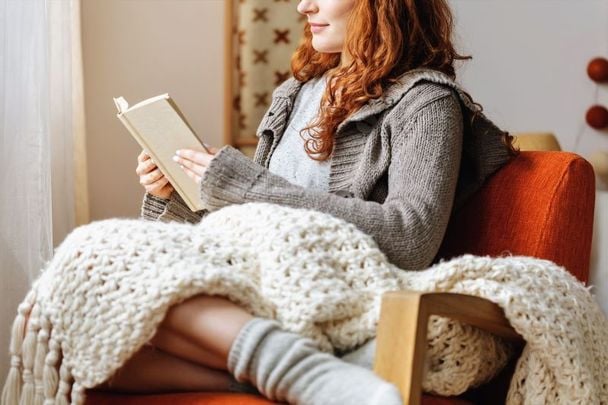 This is the definitive list of must-read books for Irish Americans. Getty

This is the definitive reading list for Irish Americans.

Tom Deignan, who writes his weekly column "Sidewalks" for the Irish Voice newspaper, sister publication to IrishCentral, is an expert in Irish American literature and often lectures on the topic.

Taken from one of his lectures, here is his list of the all-time Irish American books to read, in no particular order. The list was compiled and published by Irish America Magazine in celebration of its 20th anniversary.

The top twenty books that every Irish American should read:

“Memories of a Catholic Girlhood,” by Mary McCarthy.

An intellectual writer washes her hands of her past but acknowledges its benefits.

“A Tree Grows in Brooklyn,” by Betty Smith.

The story of an Irish "tough guy" growing up in 1930s Chicago, and what makes him that way.

“Year of the French,” “Tenants of Time,” and “The End of the Hunt," by Thomas Flanagan.

This autobiography, written when the late author was past 60, has gained international renown.

“American Requiem: God, My Father and the War that Came Between Us,” by James Carroll.

Carroll, a former priest, and his brand of Catholicism expressed by social justice activism that is not the church of his father.

“The Last Hurrah,” by Edwin O'Connor.

This story of Frank Skeffington's final run for office gives a probing look into the Irish political machines.

This Pulitzer Prize-winning novel of a drifter in Albany, NY who talks to ghosts was later made into a film starring Meryl Streep and Jack Nicholson.

Banned in the U.S. when it was published in the 1950s, this picaresque tale of Sebastian Dangerfield's racy adventures in Dublin has become a modern classic

The everyday struggles of assimilated Irish Americans in Queens, NY.

The stories of those who lived through and died in the Irish Potato Famine of the 1840s.

“The Fitzgeralds and the Kennedys: An American Saga,” by Doris Kearns Goodwin.

“Emigrants and Exiles: Ireland and the Irish Exodus to North America,” by Kerby Miller.

Learn how Irish immigrants got to the US and the impact of their coming.

“A Drinking Life,” by Pete Hamill.

The popular reporter's memoir explores the complicated relationship between the Irish and alcohol.

“How the Irish Saved Civilization: The Untold Story of Ireland's Heroic Role from the Fall of Rome to the Rise of Medieval Europe,” by Thomas Cahill.

This book, which argues the case for the critical role of the monks in preserving European culture and history from waves of invaders, became a worldwide phenomenon.

“Paddy Whacked: The Untold Story of the Irish American Gangster,” by T.J. English.

This look at Irish gangsters in several US cities suggests a fine line between politics and crime.

“How the Irish Invented Slang,” by Dan Cassidy.

The influence of the Irish Gaelic on English that persists today.

“The Encyclopedia of the Irish in America,” ed. by Michael Glazier.

“The Irish Voice in America,” by Charles Fanning.

The great writers who came over before, after, and during famine times and wrote of how life was "on the other side."