Riverdance will be resuming its 25th Anniversary tour in the US this year, and Black Irish dancer Morgan Bullock says she's "honored" to be a part of the cast. 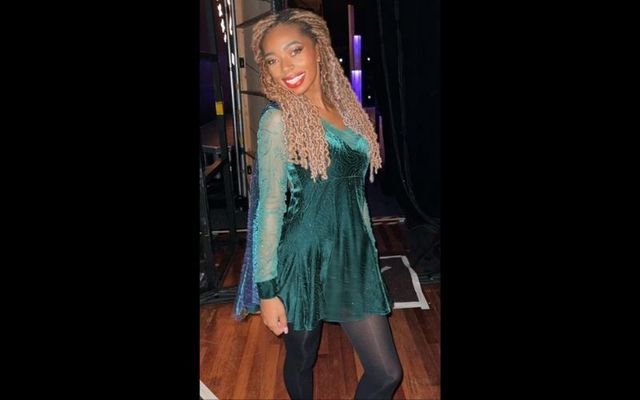 Morgan Bullock, an Irish dancer from Virginia, will be making her US professional debut during the upcoming Riverdance 25th Anniversary tour after recently completing a UK tour with the world-famous Irish dance show.

“I just feel so honored and so excited to be a part of the show as it’s returning to American audiences," Bullock recently told the Associated Press. "I hope that the tour reaches even wider audiences.”

Ahead of the US tour, Bullock says: “Irish dancing, in general, is just something that I’ve felt deeply since the first time that I saw it — it was something that I was supposed to be doing.

“For one reason or another, it has stuck with me."

In 2020, Bullock, who trained with the Baffa Academy of Irish Dance and is now a graduate of Virginia Commonwealth University, went viral when she posted an Irish dance routine to Megan Thee Stallion’s song  “Savage" on her social media accounts.

Bullock faced some criticism for the video, but she responded: "People are failing to recognize the difference between cultural appropriation and cultural appreciation."

In the wake of her viral fame, Bullock was invited to perform in Riverdance by Padraic Moyles, the show's dance director, and in August 2021, she announced that she would be joining the UK tour of Riverdance.

Bullock now says: “I think what’s so special about Irish dancing is that it does transcend cultural borders, and it’s something that can be enjoyed by literally anyone, no matter where you come from, no matter what you look like, no matter if you even have an Irish connection.

“It’s a beautiful cultural art form. I think because it has Irish in the name, people think you have to be Irish, but that couldn’t be further from the truth.”

The Riverdance 25th Anniversary Show's tour of the US, which was shut down in March 2020 during a sold-out return engagement at Radio City Music Hall due to the pandemic, will resume performances from March 4 in Salt Lake City, Utah. The tour will subsequently play over 40 cities across North America in four months, including a two-week run at The Kennedy Center.

The troupe will then hold an Irish tour at the Gaiety Theatre in Dublin between June 17 and September 11.