Legendary Riverdance composer Bill Whelan speaks on how the magical new animated adventure, arriving on Netflix on January 14, came to be. 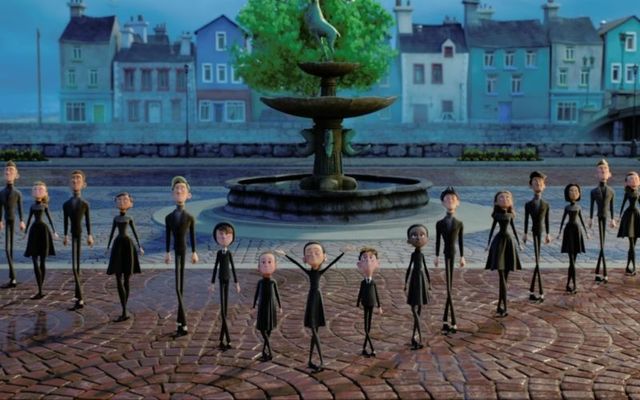 Riverdance: The Animated Adventure (coming to Netflix on January 14) will introduce a new generation of younger fans to the worldwide Irish phenomenon.

Quick, who won the Eurovision song contest in 1994? I'll give you a clue, it was us. Ireland was the host country with the most Eurovision wins ever when Rock 'n' Roll Kids, performed by Paul Harrington and Charlie McGettigan and written by Brendan Graham, won the crown that night.

But we remember that particular contest not for the winning Irish entry, but for the halftime show called Riverdance, which just one electrifying minute in was already on its way to becoming a major cultural milestone.

No change was as instant, electric, or far-reaching as the show that lit up the halftime stage and brought the audience to its feet in a prolonged ovation. Riverdance brought together Irish music, Irish dancing, choral singing, ancient and modern motifs, and a little bit of Vegas swagger to the Point stage and every home in Europe and it was like the roof came off the nation.

Audiences thought they were about to witness a Father Ted level clunker, or some blatantly touristic jaunt through the mystic isle, but were instead blown away by what composer Bill Whelan calls “lambodhrans” - literally a hybrid lambeg and bodhrán drum he invented that was loud enough to wake the dead.

It was the first time that many northern Irish people heard a lambeg that wasn't crafted to intimidate them. That point can get lost in all the coverage. This was a new kind of drum that was instead meant to make you sit up and think about the whole of the island and its long artistic heritage. In itself, it was a remarkable moment.

Now a new animated feature titled Riverdance: The Animated Adventure (coming to Netflix on January 14) will introduce a generation of younger fans to the show that has been part of their parents' cultural landscape for almost thirty years.

In the new film, an Irish boy and a Spanish girl journey into the mythical world of the Megaloceros Giganteus (the Latin name for the real but long-extinct Giant Irish Elk) who teach them how to appreciate Riverdance as a celebration of life.

But they go further, they show the kids what this Riverdance looks like in action, in elaborate CGI animated dance sequences rendered from the actual steps of the show's real Irish dancers themselves. So when it comes to the dance steps it's less Fantasia and more real life Broadway and it's sure to electrify a new generation in the same way it electrified ours.

“The story of the movie was built around the original score,” explains the show legendary Limerick-born composer Bill Whelan, 71. “Tyler Werrin and Dave Rosenbaum wrote the film script using the moments within the score as the first pillars to write it. When we started to talk we all thought of live-action, with two dancers falling in love, but that seemed a bit cliched. Eventually, Dave came back and said look why don't you make it an animation with humans and animals and that was just really interesting to everybody.”

“Riverdance the stage show was not written with any narrative story like the one that's ended up on the movie. So then they had to invent other parts of story that would not be reflected in the existing score.” 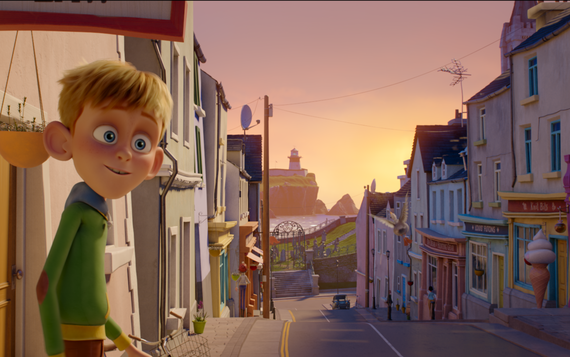 That meant new music. Whelan composed two original songs for the film's end credits; Light Me Up, co-written with Irish singer Lyra and a remix of the trademark Riverdance music.

“The film script was inspired by the score and when that was developed it came back to me to write music, to accompany parts that weren't in the original score. So it was a two way thing, and it was fun to do it that way. We had script meetings in Montreal and Dublin and New York and it grew slowly into what it became.”

The cast includes some of the most notable Irish actors currently working like Pierce Brosnan, Brendan Gleeson, and Aisling Bea. Some of the voice work was done pre-pandemic and some pickups were done later in London, Canada, and California.

“It was amazing to see how animators would animate the face to match to the voice overs,” says Whelan. “Then the Irish dancers were fitted with motion capture costumes. So they did the dance for the motion costume, and that was recorded into the computers and that ultimately informed the animation.” 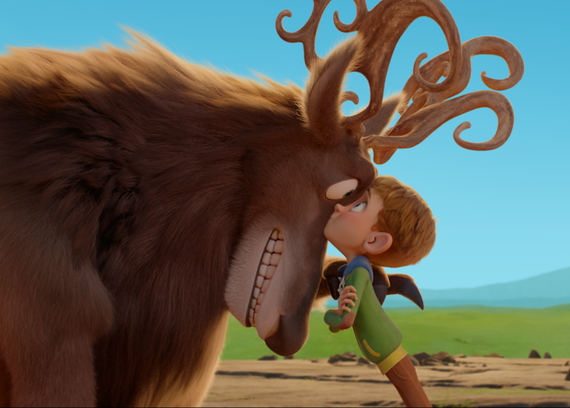 Onscreen, ancient Irish elk are seen doing ambitious step dances but with the movement of real-life Irish dancers. “It's incredible, hilarious, and really fun,” Whelan says. “For them, I invented these chants, so it was a fun project to be involved in from a compositional point of view, but also from the whole coming together of the various disciplines.”

Whelan is wowed by the work of the animators in particular. “We had an early showing of the film in Montreal and that evening it happened that Riverdance was playing the city too, so we had a special performance for the animators. I thought this would only be 10 or 15 people. I was astonished when 400 people showed up.

"It's amazing how many people are involved in computer animation, you know? The challenge to them was to take something which was a stage show without narrative and to turn it into a story that kids would relate to. And I think they did a good job.”

“The writers have dipped into the Irish tradition going right back to Newgrange. There's quite a moral tale in it and it really speaks to a very wide audience and pulls them in. There's no banging and crashing and shooting. It's a gentle tale, but there's always the battle between good and evil going on in there as well.” 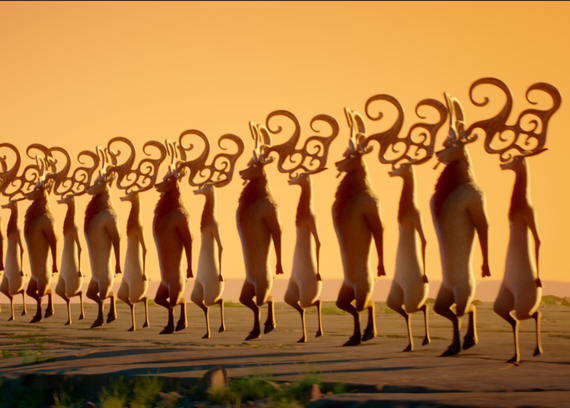 But the challenge of how to record new music in a time of lockdowns and social distancing was the biggest challenge Whelan and the filmmakers faced. “I wanted to use a full orchestral element in the score, but I soon discovered that Covid put a large boot in that. There was nowhere we could record, certainly not in Ireland.”

“I tried for the UK at Abbey Road, but we couldn't do it there. Then I looked at New Zealand, which had literally closed their country down, but I couldn't have gone myself. The only other option was in Vienna, Austria, which still had a wide group of musicians who were working together. Then a friend suggested the concertmaster of the radio symphony orchestra in Vienna.”

That Concertmaster turned out to be Maighread McCrann, the – as luck would have it – Irish-born Concertmaster of the Vienna Radio Symphony Orchestra since 1993. It was as if fate was smiling at him. “The downside was that none of us could attend the recordings in person, but I argued for one person to come and that was Dave Brophy, the Irish conductor who knows my music very well and has conducted a lot of my pieces over the years.”

“Dave was tested for every known strain of Covid,” Whelan explains. "He sent me a photograph of himself on the plane and he looked like he was going to go to Mars rather Vienna in a hazmat suit. Soon we were all linked up by a computer system called Source Connect. The director was in Montreal, one of the animators was on the west coast in California, the producers were in Dublin or London and we were all linked by this system and that's how we recorded the score.” 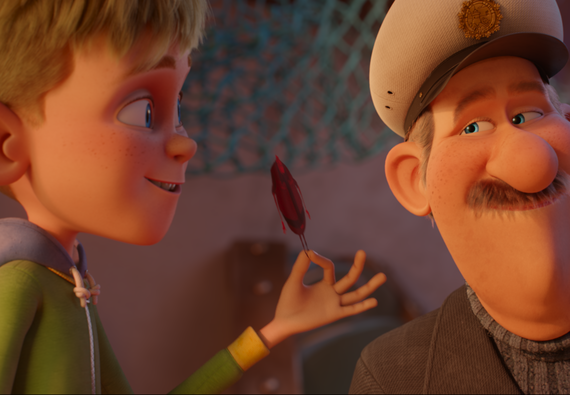 What does he want audiences to know about the new show? “It's not Riverdance the show. It's a mix of various bits of Irish mythology and although it would never be described as an Irish tale, there's much of what is old Ireland about it."

"I think to go with an open mind, because the central characters are a grandfather and his grandson, it's about what connections across the generations and how morality and belief can be handed down. It's a lot of fun too!”

Riverdance: The Animated Adventure comes to Netflix on January 14.