Riverdance: The Animated Adventure promises to bring the spirit and excitement of Irish dance to a new family audience 25 years after the debut of Riverdance. 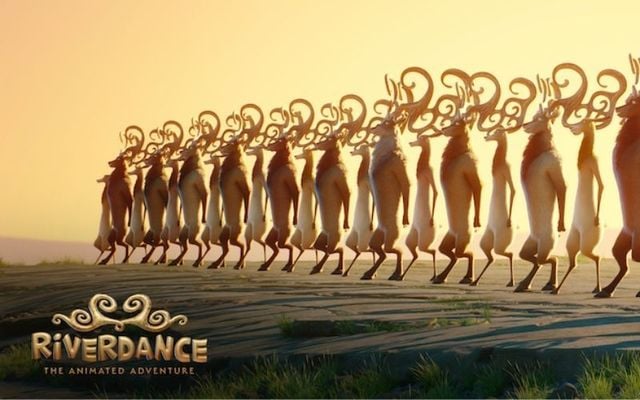 Riverdance: The Animated Adventure will debut on Sky Cinema and NOW on May 28. Riverdance Movie, Facebook

Riverdance: The Animated Adventure debuts on Sky Cinema and NOW in Ireland and the UK on May 28.

Riverdance: The Animated Adventure, a Sky Original, promises to bring the spirit and excitement of Irish dance to a new family audience when it debuts later this month.

The encore you’ve been waiting for. Grammy Award-winner, Bill Whelan, channels the electric energy and thrilling pace of his masterpiece, Riverdance, in this NEW animated adventure for your whole family.

The Irish dance phenomenon Riverdance, one of the most successful theatrical productions of all time, originated as an interval performance act during the 1994 Eurovision Song Contest and celebrated its 25th anniversary in 2020. To be faithful to its roots, Riverdance: The Animated Adventure features the dancers’ incredible craft and skill by utilizing motion capture of their performances to create the animated dancing in the film.

In Riverdance: The Animated Adventure, an Irish boy named Keegan (Sam Hardy) and a Spanish girl named Moya (Hannah Herman Cortes) journey into the mythical world of the legendary Megaloceros Giganteus, who teach them to appreciate Riverdance as a celebration of life.

Keegan and Moya (a young Irish boy and Spanish Girl) set off on an adventure to the mystical world of Megaloceros...

Posted by Riverdance Movie on Saturday, May 8, 2021

The film is co-produced by Aniventure and River Productions and will be available in the UK and Ireland exclusively on Sky Cinema and streaming service NOW on May 28.

Moya Doherty, originating producer of Riverdance and, with Peter and Adam Nagle, produced the Riverdance Animation, said: “This beautiful story brings Riverdance into a new and exciting phase, one which will allow families to enjoy the spectacle together.

"It reinforces the deep connection of Riverdance to Irish culture both at home and across the globe, and one which introduces Riverdance to a new, young audience many of whom will be experiencing Riverdance for the first time.”

Zai Bennett, Managing Director of Content at Sky UK & Ireland comments: “Riverdance has been a cultural phenomenon across the world for more than twenty-five years.

"This magical animated adventure brings the spirit of Riverdance to life for a new generation and Sky Cinema customers are going to love it!”

Dave Rosenbaum, Director of Riverdance: The Animated Adventure, adds: “This transcendent entertainment is what makes Riverdance a unique and exciting source for an animated feature.

"Our film celebrates the power of music and dance in new, unexpected ways. It illustrates the richness of Ireland’s history, nature, and people. And it brings to the screen an original world full of comedy and drama, drawn from our imagination.”

Check out the extended trailer for Riverdance: The Animated Adventure here:

UK & Ireland - The wait is almost over! @RiverdanceMovie comes to @skytv and @NOWTV THIS FRIDAY (May 28th)

We are so excited bring Riverdance to a theatre near you beginning August 2021 in the UK - Tickets are on sale now pic.twitter.com/fLsj2whf1e

Riverdance: The Animated Adventure will be available in the UK and Ireland exclusively on Sky Cinema and streaming service NOW on May 28.