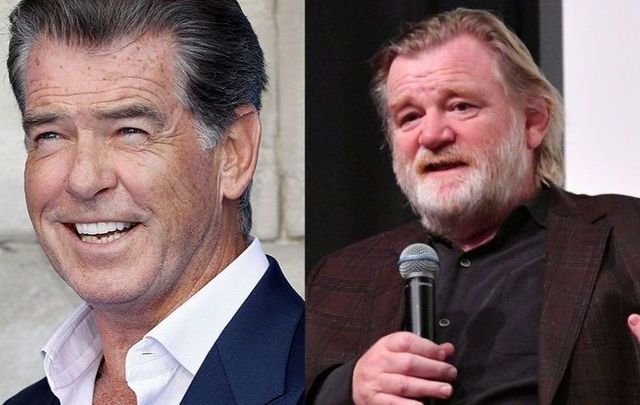 Pierce Brosnan and Brendan Gleeson are among the Irish actors featured in "Riverdance: The Animated Adventure." Getty Images

The animated feature, which is based on the popular Riverdance Irish dance stage show franchise, is a co-production between UK animation studio Aniventure and River Productions.

Pierce Brosnan will voice the role of King of the Megaloceros Giganteus, while Brendan Gleeson and Irish actor John Kavanagh will voice villain characters, according to The Hollywood Reporter.

A “Giganteus” cast is announced for Riverdance: The Animated Adventure. Lilly Singh, Brendan Gleeson and Aisling Bea join Pierce Brosnan for the animated adventure which is inspired by the Riverdance the Show and features Bill Whelan’s Grammy Award-winning score @RiverdanceMovie pic.twitter.com/6cRfPO974k

"Riverdance: The Animated Adventure" follows an Irish boy named Keegan and his Spanish friend Moya as they journey into the mythical world of the Megaloceros Giganteus (Irish Elk) and learn to appreciate Riverdance as a celebration of life.

According to the producers of the film, “the animated musical comedy will reintroduce the legendary stage show to a new generation in a way never before seen or experienced.”

The film will feature Bill Whelan's musical score, combining main themes from the original stage show score with new arrangements. The score was recorded remotely during the COVID-19 lockdown using a 73-piece orchestra on a socially-distanced Vienna concert stage.

"The breadth and depth of the comedic and dramatic talent of this cast resonates with every line. Their vast experiences and wild imaginations delivered brilliantly nuanced performances which will thrill their fans and charm new audiences,” said Rosenbaum in a statement.

A release date for the film has not yet been announced.

Check out the teaser trailer for "Riverdance: The Animated Adventure" here: