The Irish dancing lads taking the world by storm

Cairde is the all-men Irish dance group taking the world by storm with its unbeatable talent. 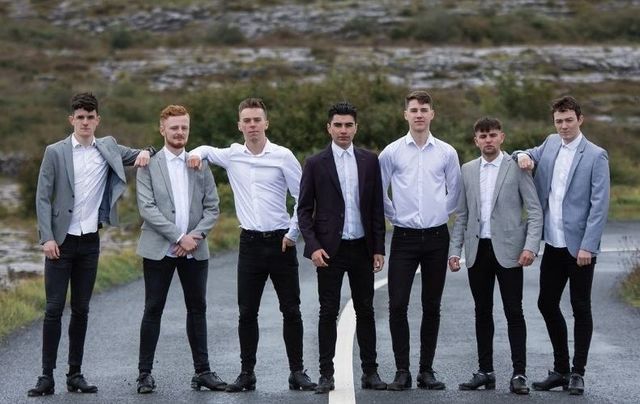 The dance group, made up of seven Irish dancers from Galway, Clare, and Cork, began in earnest at the 2017 Fleadh Cheoil in Ennis, Clare, but it didn't really take off until the summer of 2020, when Ireland was beginning to recover from the first wave of COVID-19.

Ronan O'Connell, one of the group's founding members, told IrishCentral that the group had not seriously devoted time to making content until the start of this summer when they joined TikTok, a hugely popular video-sharing app among teens and young adults.

"We'd really just been a group chat for the better part of two years up until this July, O'Connell said. "We had an Instagram page of about 300 followers who were just our friends It was just for the craic really. We never took it too seriously and we weren't dedicating time to making content."

That all changed this summer, however, since all seven dancers had finally graduated secondary school, O'Connell said in the group's first video on TikTok, and the group's rise has been meteoric ever since they joined the app.

Cairde, named after the Ennis coffee shop where they used to hang out that means "friends" in Irish, now boast more than 1.5 million followers on TikTok, a simply staggering figure for a page that started less than four months ago.

The group - consisting of Dara Kelly, Francis Fallon, Stephen McGuinness, Seamus Morrison, Brian Culligan, Ethan Sean, and O'Connell - has made a name for itself by putting a modern twist on Irish dancing, repurposing the traditional steps to fit modern beats and songs, and they have been a huge hit around the world. 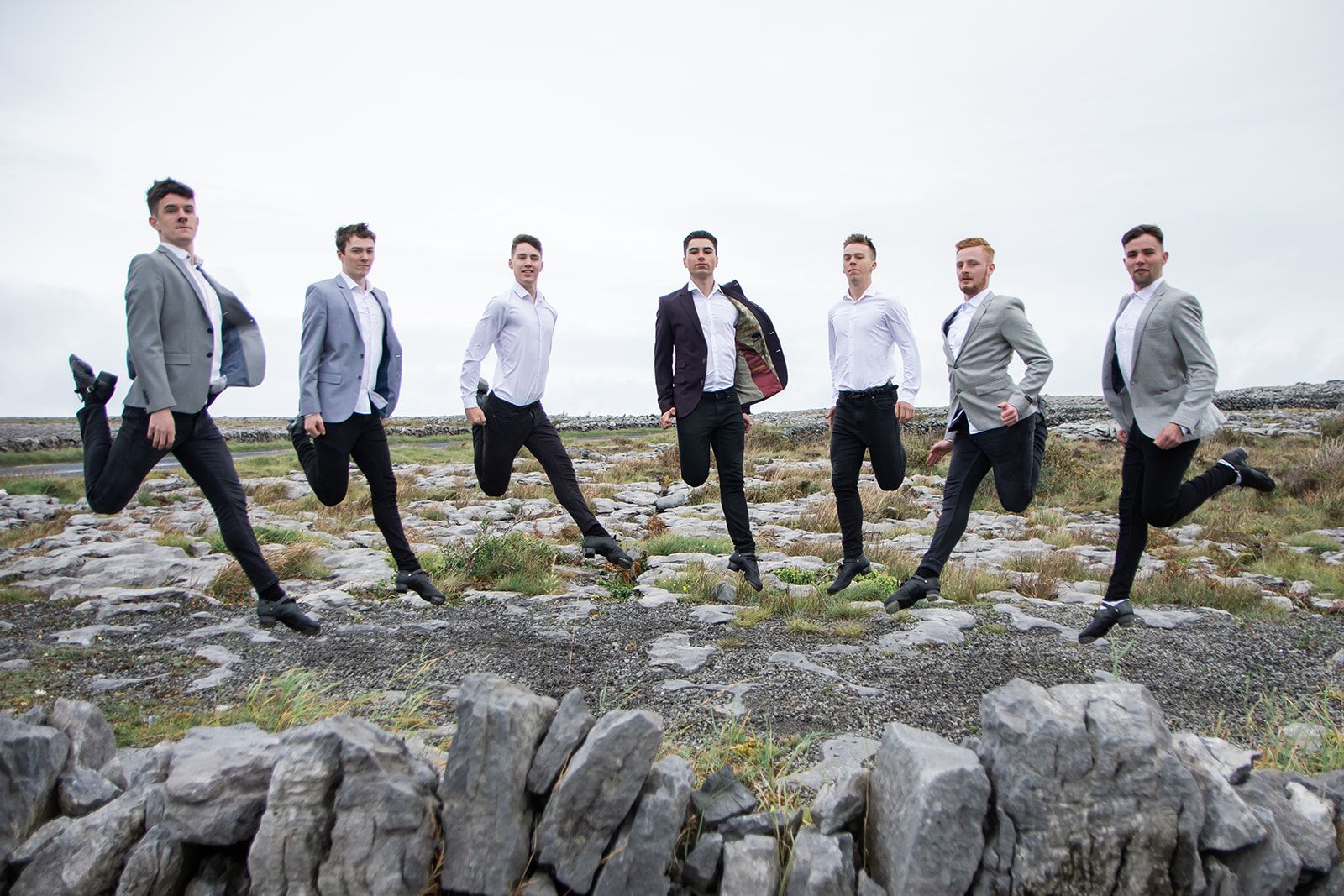 Cairde during a photoshoot earlier this year. Cairde Dance Group

Their most popular video, posted on August 28, has been viewed more than 80 million times and generated more than 13.5 million likes. It is also one of the main reasons for the group's success, O'Connell said.

The video, set to the viral tune "Banjo Beats," is the fourth-most liked video on TikTok that uses the music.

O'Connell said: "We were following the trends on TikTok and putting our own spin on them when I found the song 'Banjo Beats.' There wasn't even a trend associated with it, it was just a sound that was doing well.

"I thought, 'we have to use this, it's actually a banjo and has the same timing as Irish dancing.' The sound was nearly made for us. We just got lucky in that sense and we've just been to keep the momentum going."

The dance that propelled Cairde to TikTok superstardom took less than two hours to put together, from coming up with the steps to actually performing them, O'Connell said.

Their efforts were well worth it though.

On the day Cairde recorded their Banjo Beats video, they had 70,000 followers on TikTok. The day after they posted the video, their follower count exploded to more than 300,000 and the video had been viewed a whopping 14 million times.

For a group that had started as a "bit of craic," their newfound fame was hard to process.

"We were addicted to our phones. It was hard to put them down," O'Connell said. "It was crazy. It was even hard to sleep that night without picking up the phone."

Cairde, however, were only getting started. They have seized on their newfound momentum to build a following that they could have scarcely imagined four months ago.

The group has now appeared on The Late Late Show on RTÉ in addition to several Irish radio shows, while it is fielding calls from American talk shows and talent shows who are desperate to fly them over.

Who are dance group Cairde? What is TikTok? How cute were they on the Toy Show?! The group with 1.3 million followers and over 70 million views on TikTok explain all. #LateLate

"We got offered America's Got Talent, but we had to turn it down because it's not really feasible with the way things are at the moment," O'Connell said. "We're still hoping to go out to the US to do a few chat shows and, in the future, hopefully we'll get some shows of our own out there."

The group, who competed against and amongst each other at some of the highest levels of competitive Irish dancing, is clearly ambitious as evidenced by its goal of making it to American stages, but their ambition is not misplaced.

They have found a captive audience in the United States, which makes up more than 30% of its audience demographic. Older Americans are interested in connecting with their Irish heritage, O'Connell said, while younger ones are more impressed by the unique blend of traditional dancing and modern music.

Their newfound social media fame has helped to spread Irish dancing all over the world to a generation that had never even heard of it, O'Connell explains.

Cairde is the most popular Irish dancing group on TikTok by some distance and it has proved immeasurably popular outside of Ireland, with the United Kingdom, France, Russia, and the Philippines making up the top five countries in its audience demographics.

The group has managed to spread the beauty of Irish dancing in the middle of a global pandemic and will soon offer a Cairde workshop, where fans can learn some basic steps.