IrishCentral is planting 12,000 native Irish trees on a 500-acre site in a beautiful and historic location in County Tipperary that is home to numerous wildlife species. 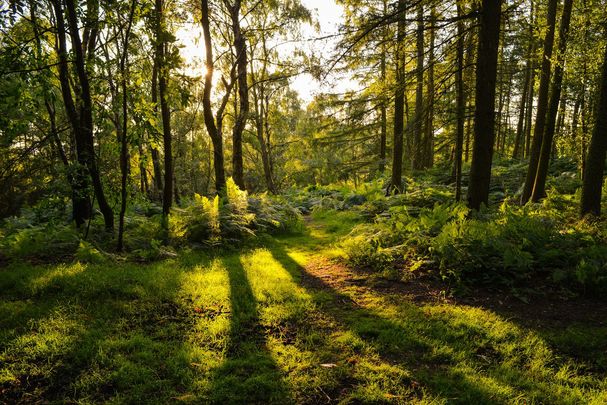 IrishCentral is planting 12,000 native Irish trees at a stunning location in Tipperary Getty

What better way to celebrate Earth Day than by planting a native Irish tree on an environmentally-friendly beef farm in a historic area of County Tipperary?

The 500-acre organic beef farm is located in Bansha, County Tipperary, and is home to several Bronze Age ringforts, while the River Fadaghta, which runs through the farm, is said to be home to St. Patrick's tooth. The farm was also used as a secret airbase during the Second World War.

Nowadays, the farm is a prime example of environmentally sustainable farming.

John Purcell, who owns the 500-acre site, told IrishCentral that he hopes that his farm will be carbon neutral by 2025. He believes that the farm is on course to meet that target due to a number of environmental measures that he has installed.

Purcell installed a 750-meter-long wetlands system several years ago to trap rainwater runoff that runs through the farm and filter out any nutrients such as nitrogen or phosphate before the rainwater reaches the River Fadaghta.

He also planted roughly 6,500 native Irish trees on the banks of the river before teaming up with IrishCentral for Irish Heritage Tree. Purcell hopes that the planting of 12,000 additional trees during the Irish Heritage Tree program will help increase new biodiversity corridors at the farm.

He said that the trees would help reduce the farm's carbon footprint as they sequester carbon from the air, while they will also create a natural shelter belt for his cattle.

"Our target is to be carbon neutral by 2025 and these trees are going to be a great help," Purcell told IrishCentral.

Purcell encouraged people to buy a tree to forge a long-lasting connection with Ireland whilst also helping in the fight against climate change and pollution.

"The native trees that we plan to grow will last for up to 500 years, so you're leaving a long legacy there," he said. "You wouldn't believe the contribution it's making to the environment and our biodiversity with the amount of biodiversity in just one tree, the number of animals that it supports - the bugs, the caterpillars, the bees, nesting for birds."

Purcell also installed spawning beds on the River Fadaghta, resulting in a rapid increase in brown trout populations. He additionally placed several beehives on the farm and described them as a "godsend".

"The bees are our pollinators. A properly balanced biodiversity area would also control any pests that might come in and attack your crop, so there's a natural enemy that can be attacked and kept at bay by a quality biodiversity corridor. You're balancing nature all the time."

The farm's environmental measures have provided an attractive backstory to customers around the world, Purcell said, while there is a "feel-good factor" on the farm.

Referencing the Bronze Age ringforts, Purcell said that his farming techniques echo techniques used by farmers thousands of years ago.

"It's kind of like using old-fashioned techniques and modern science to make improvements. We're going back to nature in a managed way."

Click here to plant an Irish Heritage Tree this Earth Day and play your part in reducing Ireland's carbon footprint.