This year, the headlining film is "Who We Love," a hard-hitting take on first love, cyberbullying, homophobia, and finding personal redemption. 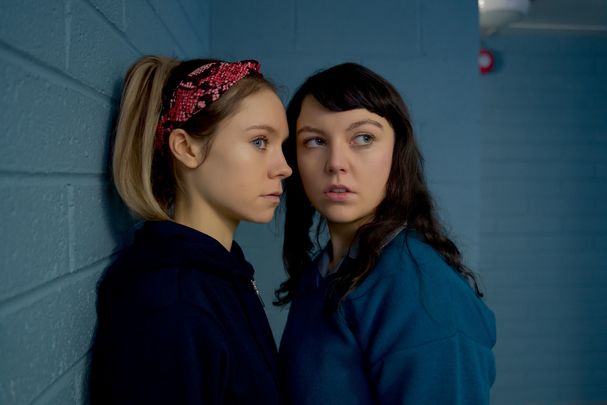 The Craic Fest is back this Pride Month with its celebration of the best of Irish LGBT film at the New York Irish Center.

This time the headlining film is "Who We Love," a hard-hitting take on first love, cyberbullying, homophobia, and finding personal redemption.

Director and co-writer (alongside Katie McNiece) Graham Cantwell, 48, hails from Dublin and "Who We Love" a feature-length film about Lily (Clara Harte) as she navigates school, love, and life until her secret tryst with the beautiful and popular girl Violet ends in a vicious attack, leaving Lily to face the greatest challenge of her young life.

It's never easy going against the grain anywhere, but perhaps especially when you're a teenager when society has handed your worst tormentors a stick with which to beat you, but now the internet and social media have made cyberbullying an even more inescapable, around the clock phenomenon that can drive young people to despair.

So what made director (and Dubliner) Graham Cantwell, a heterosexual father, decide he wanted to tell the story of a young Irish girl's coming out journey?

“We don't live in a vacuum, right?” he tells IrishCentral. “None of us live in a bubble of purely one type of people. Yes, there are people in the world who are trying to create that reality for themselves but it's an impossibility because diversity exists.”

Then Cantwell mentions the Catalyst Film Festival, which is about representation on and off-screen. “One of the things we talked about was advocacy and how you can try to make a difference for someone else, or a group of people who might not be exactly who you are, but you have something at your disposal where you can help them. It all starts with seeing injustice and saying, “No, that's not right.” That was part of the impulse behind this film.”

In "Who We Love" the character Lily finds some unlikely straight allies, people who stand up for her against the bullying she's been enduring once her schoolmates figure out she's gay. Standing up for someone helps not just the person but the society, Cantwell's film reminds us, because it makes the world suck just a little bit less, which is always a worthy ambition.

“It started off as a very small project,” he continues. “And it when it got a lot of awards at festivals it ballooned. One thing that really struck home for me was when we were at a film festival in Rome, we spoke to some kids afterward and it meant a lot to them to see young gay people up on a screen represented in the way that we have represented them. It opened a conversation with them.” 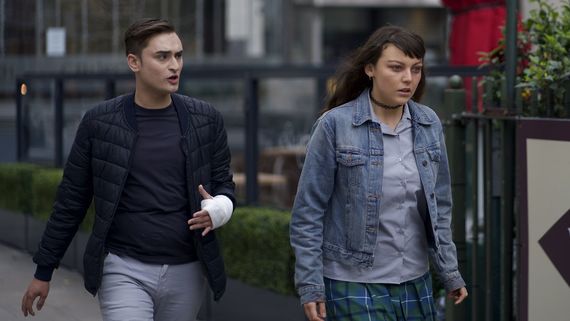 Clara Harte and Dean Quinn in Who We Love

“Between the two of us, we cranked out quite a lot of drafts of the screenplay to make sure it wasn't just a bloated version of the short film. Having Katie on board, who is gay, was brilliant because it lent the project authenticity. She had a different eye for particularly the kind of the experiences that Lily goes through in terms of the bullying.”

Not that Cantwell himself doesn't know what that feels like. “When I was a kid, I was bullied too,” he confesses. “I loved reading, and I was kind of small and thin. It wasn't pervasive, it wasn't endless, but I would occasionally get singled out for a bit of rough treatment from some of the older kids, who were not necessarily in my school, or where we were when I was in the Boy Scouts. And if we went away with the Boy Scouts, I'd end up just being targeted because I was quiet.”

It was clearly a different scenario from the kind of treatment that Lily receives in the film (and the internet didn't exist) but nevertheless, it helped him understand her plight and it was also very helpful for him to have Katie on board to bring everything up to date, he says. 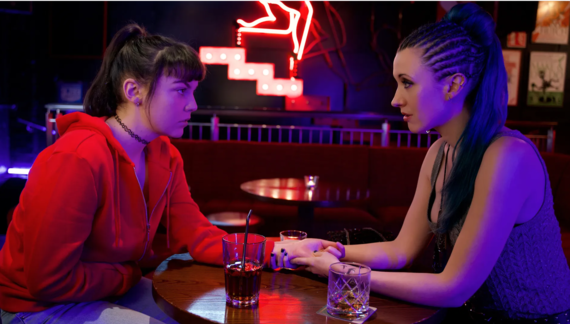 Clara Harte and Amy-Joyce Hastings in Who We Love

It turns out Lily has a few secret weapons to employ in her quest for a bit of peace and love and one of them is her arrestingly sensitive father, played by Paul Ronan (father of screen star Saoirse Ronan).

Ronan conveys the ache of a father not knowing what's upset his beloved daughter but determined to help her whatever the cost. He's the heart of the film and a reminder that with someone this kind and considerate on your side there's really nothing you can't overcome.

Another well-known Irish face is that of Jimmy Smallhorne, who plays the Dublin bus driving father of the unmistakably gay Simon, Lily's best friend. It's a small but crucial role that reminds us Simon is more than a GBF (gay best friend) with challenges of his own. 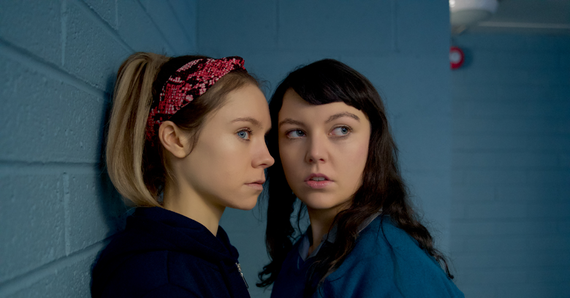 Love meets modern complications in Who We Love

There's no question that the LGBT Pride Month offerings of the Craic Fest have been increasingly important and challenging in the Irish city calendar, but Who We Love is unmistakable the most engaging film opener yet (director Graham Cantwell and wise-cracking co-star Amy Joyce Hastings will be in attendance for the post-screening talk back).

"Who We Love" will screen at 5 P.M. on June 11 at the New York Irish Center in Long Island City, Queens with a small reception after, sponsored by Bud Light before the talk back commences.

The festival producer Terence Mulligan told the Voice: “We are delighted to be working with New York Irish Center on this latest screening in the annual LGBT Film Fest. We are particularly excited to welcome Graham and Amy to come over with the feature film, which was developed from his short film Lily, which screened a few years ago at our LGBT Fest.”