My little town in Co Donegal is, at last, saying that all are welcome, even the LGBT sons, daughters, cousins, and neighbors. 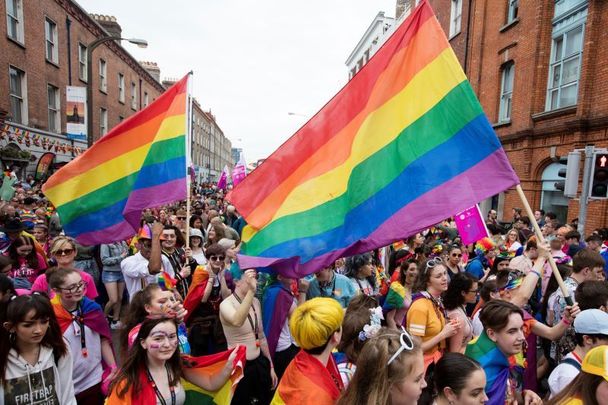 Scenes at the Dublin Pride Parade in 2019. RollingNews.ie

That may not seem like breaking news here in the United States, but look again. For generations Co. Donegal has been the most politically conservative county in Ireland, so this little sea change is worth talking about.

Even more surprisingly, it's not happening where you might think it would, like in a bigger town like Letterkenny. Instead, the parade will kick off in my own hometown of Buncrana, population 6,785.

When I was a teen back in the 1980s, the population was half what it is now. Back-to-back recessions had derailed the lives and futures of my predecessors and contemporaries, who voted with their feet to emigrate as soon as they had successfully secured their Leaving Certificates. 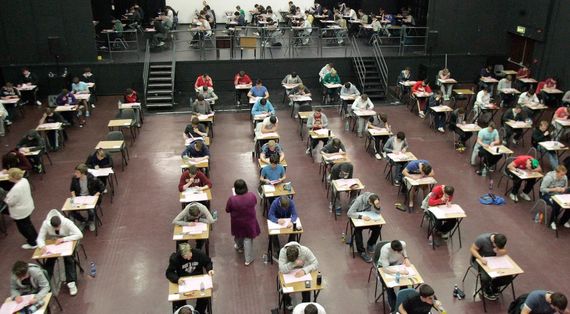 The name of that Irish national exam still has a double meaning if you remember those times, because it signaled not just the end of high school but often your own physical presence on the island too. We were being stamped for export and the exam's name only seemed to confirm the fact.

Year after year, The Leaving meant that futures in Ireland were being derailed and stories were ended mid-sentence, most before they had even truly begun.

I remember all that. The silence that followed the leavings, the sudden absences. The way we were all just scattered to the four winds the day after The Leaving results were handed over to us by the school principal, Sister Patrick.

Her expression told you what your report card would contain before she handed it over, smiling brightly at the girls and boys who had done well, scowling at the ones who had flunked.

Back then in the 1980s, the prospect of a colorful LGBT Pride parade through the Main Street of town was about as likely as Ireland winning the World Cup in a match against Brazil.

In fact, the odds were even starker, it was about as likely as Ireland winning the World Cup against Brazil, Germany and Italy combined, with Daniel O'Donnell as our team captain and Enya as goalkeeper. 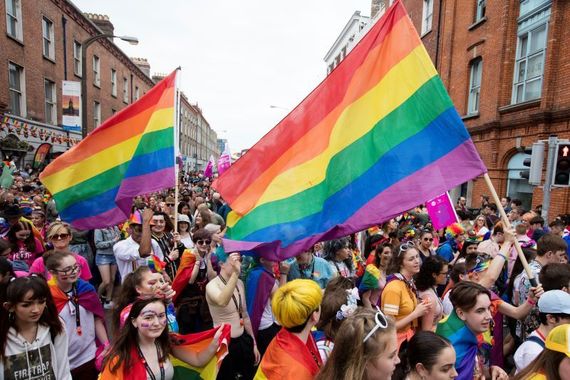 Jokes aside, it would have done the 18-year-old me great good to know that a Pride parade would happen in this far from liberal town one far off day, when the people who lived there decided to afford their LGBT neighbors a little of the warmth, dignity, and social embrace they enjoyed themselves.

I had already seen what it felt like to live without those blessings. To be LGBT back then was to have your name unceremoniously removed from the community registrar, it was to become a kind of non-person, someone to be ruthlessly written out of the story of the place.

You would often be metaphorically escorted to the edge of town where your hand would be shaken or your back firmly patted. It was up to you to grasp the implications of that blunt farewell.

It haunts me now, if I'm being honest. The cruelties I witnessed. The hard way that some people spoke to their own sons, daughters, cousins, and neighbors. They may have forgiven themselves now and forgotten what they once said, but I haven't.

If you create scapegoats then the worst among us, the most cowardly, will avail of the temptation to abuse without fearing consequence. They will do their worst and expect public applause, not condemnation.

Men like our own Florida Governor Ron DeSantis, who seems to personally exult in every opportunity he can find to menace and stigmatize minorities, is an example of this basic tradition. Bigotry has handed him a stick and he's using it. 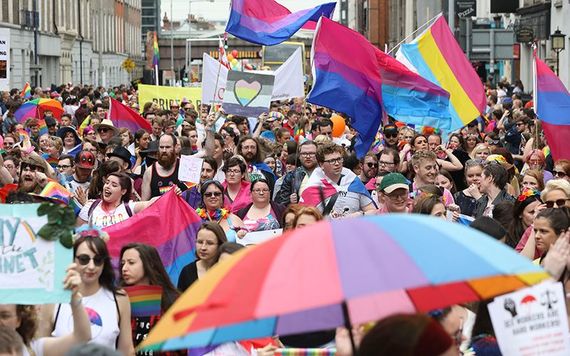 Meanwhile, in all the years I lived in Buncrana, very few ever said a homophobic word to my face. Perhaps they feared my response. That would make sense, I had a lot to say and no fear to say it.

But the truth is the homophobia I endured was craftier and more insidious. It was done by proxy. I was socially isolated, often made to feel other, and some of my teachers could be as cruel as my peers.

But now, my little town is, at last, saying that all are welcome, even the LGBT sons, daughters, cousins, and neighbors. Not only that, they are being given their big day of welcome.

That will take an axe to the frozen glacier I grew up inside. That will allow some younger, happier version of myself who is living there now to feel the communal warmth my own contemporaries were denied.

And maybe as they are watching the parade pass in all its rainbow colors, some of the people who long ago turned the hard word and the stony face to the most vulnerable around them will reflect on what they once did and feel contrition for it.

Witnessing a new era of pride, perhaps they might feel a measure of the shame they once projected onto others. Or maybe the truth will simply be too hard to face and they'll turn away without learning a thing. I wonder.