Kevin O'Toole, whose grandfather emigrated from Ireland to the US, made his debut for New York City in their 2-0 win over Mexican club Atlas in last month's Campeones Cup. 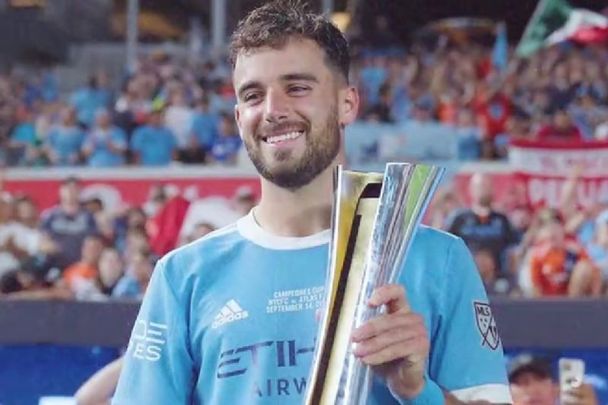 Kevin O'Toole, an Irish-American soccer player rising through the ranks at New York City Football Club (NYCFC), is setting his sights on the upcoming MLS Play-offs.

O'Toole, whose grandfather Eric emigrated from Ireland to the United States in the 1950s, made his debut for New York City FC in their 2-0 win over Mexican club Atlas in last month's Campeones Cup, which pits the winners of the MLS Cup against the winners of the Mexican Campeón de Campeones.

O'Toole, who joined NYCFC as a draft pick, struggled to make an impact in the 2022 season, dealing with Covid and injury issues.

Speaking to the club's Twitter account, the 23-year-old said he was surprised to see his name included in the starting line-up for last month's 2-0 win against Atlas at Yankee Stadium.

"I was in the roster. I was really surprised," O'Toole said. "I hadn't spoken with the coaches yet and my heart rate went up a little bit when I saw that."

He described his debut as a "special" occasion and said he tried to relish the experience of playing in front of a 24,000-strong crowd.

O'Toole revealed he began to experience pre-game nerves as his debut approached, adding that some of the older players in the squad helped him to cope by showing him he had nothing to lose.

He has since played 90 minutes for New York City in their 2-0 triumph over local rivals New York Red Bulls and has broken into the starting line-up at just the right time, with the MLS Play-offs just around the corner.

New York enter the play-offs as defending champions but will do so at the quarter-final stage in the Eastern Conference, having failed to finish top of the division this season.

One step at a time, @ktooleszn begins to write his story with the Club 🗽 #ForTheCity pic.twitter.com/usGqqu9fN1