Happy birthday to J.P. Donleavy, the New-York born author of "The Ginger Man", who had as many scandals in his life as he did in his books. 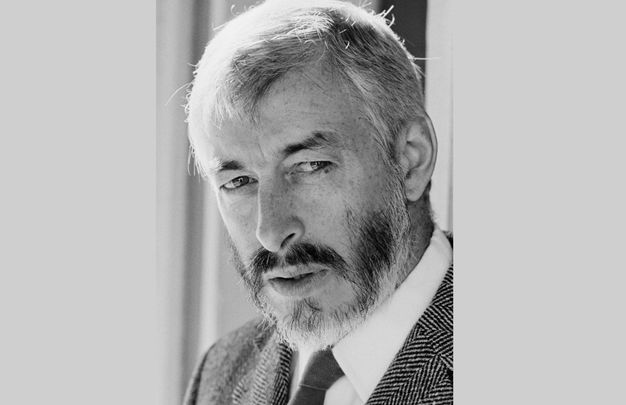 J.P. Donleavy was born today in 1926. The Irish American novelist was born in New York on April 23, 1926. He spent most of his adult decades in Ireland, in Westmeath, where he passed away on September 11, 2017.

Donleavy's famous portrayal of the adulterous, bed-hopping exploits of a student in post-war Dublin earned him fame and notoriety in equal measure when his debut novel "The Ginger Man" was published in 1955.

Born James Patrick Donleavy Jr. in Brooklyn on April 23, 1926, the author grew up in the Bronx before serving in the Navy during World War II.

Taking advantage of the G.I. Bill, he studied microbiology in Trinity College Dublin, where he met with Gainor Stephen Cris, a fellow student who would inspire the title character of "The Gingerman", Sebastian Dangerfield.

Having lived in London and the Isle of Man, Donleavy returned to Ireland to live permanently in 1969 once the country had removed income tax for creative artists, including writers. He moved into his mid-18th-century estate in Westmeath in 1972, remaining in Levington until his death.

Donleavy's other works include "The Beastly Beatitudes of Balthazar B", "A Singular Man" and "A Fairy Tale of New York" but none ever reached the same notoriety as "The Gingerman" which the author had struggled to publish.

While he happily courted controversy through the sexually charged pages of his books, an extraordinary story of infidelity in his own life has remained a closely guarded secret for more than 30 years.

Neither of the children born during his second marriage, to the actress Mary Wilson Price, was fathered by him.

Donleavy also had two children, Phillip and Karen, from his first marriage to Valeria Heron.

The Ginger Man has sold 45 million copies and has long been considered semi-biographical.