The man who crafted Ireland's lasting image in America through 'The Quiet Man,' a film whose influence is still felt today. 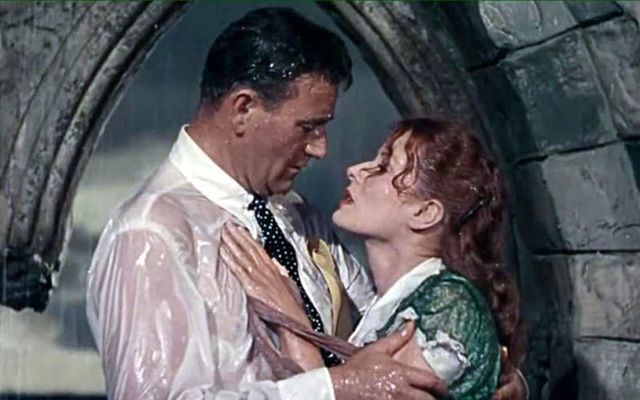 "The Quiet Man" is much more than just a sentimental movie about Ireland and its impact continues today. It has been praised by Spielberg and Scorsese as a great film.

John Ford is the man who crafted Ireland's lasting image in America through 'The Quiet Man,' a film whose influence is still felt today.

Read More: How John Ford and 'The Quiet Man' shaped Irish identity in the US

Born in Maine in 1894 as John Martin Feeney, Ford was one of eleven children born to post-famine Irish immigrants who both hailed from Co Galway. Ford's future directorial career would be heavily influenced by being the son of Irish immigrants. 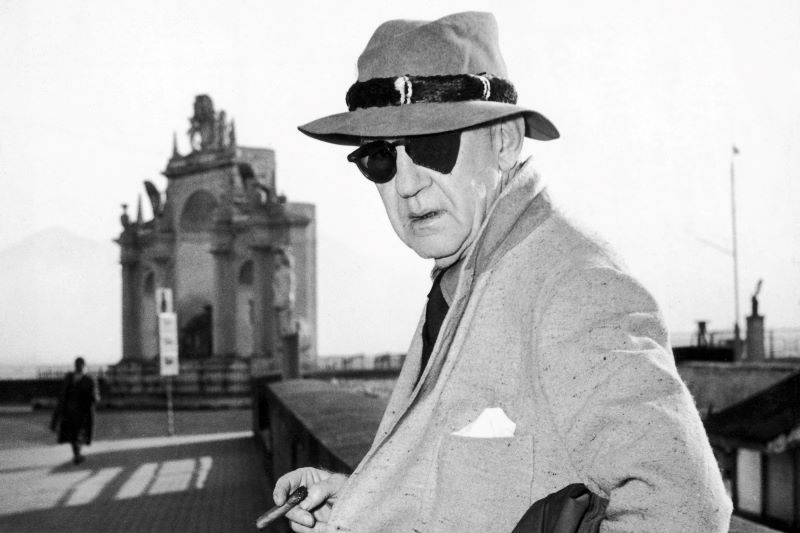 In 1914, when silent films began to transition to Technicolor, Ford followed his brother to Hollywood. The Irish American went on to become one of the greatest directors in Hollywood history and holds the most directing Oscars ever - four, including one for 1954’s ‘The Quiet Man.’

On one level, 'The Quiet Man' is Ford’s valentine to Ireland. As Martin Scorsese noted, every child of immigrants has very deep feelings towards the old country.

Other than ‘The Quiet Man,’ Ford is best known for his western classics like ‘Stagecoach,’ ‘The Searchers,’ and ‘Grapes of Wrath,’ but his heart was firmly in Ireland and the homeplace of his family.

The evolving response to ‘The Quiet Man’

Upon its release, ‘The Quiet Man’ was adored by  The New York Times, which wrote: “fine bhoyos and colleens, a rollicking tale and the green, dewy countryside to come up with as darlin' a picture as we've seen this year.”

However, Philip Hamburger wrote in the The New Yorker: “The master who made 'The Informer' appears to have fallen into a vat of treacle.”

Later, in 2013, columnist for The New Republic Ben Schwartz hinted at what the great directors saw in ‘The Quiet Man’ - an allegorical tale of an immigrant escaping the nightmare that the American dream became for many in the 1950s with the red scare, and finding peace in a town called Innisfree.

For John Wayne’s character of Sean, “Ireland and America are literally heaven and hell,” writes Schwartz.

Read More: "The Quiet Man" director John Ford died on this day in 1971 - Why is the film so popular?

Ford himself had passionately defended immigrants who were suspected of being communists against Cecil B. De Mille and others who wanted foreign directors banned (sound familiar?). Ford took it upon himself to defend them in a heated exchange at the Director’s Guild in 1950.

He had close relatives who fought for the IRA and Ford himself, decorated for bravery in World War 2, always wanted to have been in the IRA too, at least according to Maureen O’Hara. He went on about the heroic IRA so much that O’Hara said on one occasion that her father told him to shut up.

It was another example of how Ford was deeply steeped in the old world. As the Los Angeles Times wrote in 2001: “Ford was the son of an Irish immigrant saloonkeeper and Democratic Party boss in Portland, Maine.”

“During the Irish War of Independence in 1921, Ford traveled to his ancestral homeland of County Galway to give financial and moral support to cousins fighting for the Irish Republican Army against the Black and Tans.”

Ford's visit lasted only a few days, ending when the British roughed him up and ordered him to leave the country. But Ford never forgot his time there. His first classic 'The Informer' in 1935 looked deep into the soul of Ireland's most hated figure - an informer.

Despite being made decades prior, 'The Quiet Man' influenced Martin Scorsese who based his black and white format in 1980's ‘Raging Bull' on the flashback fight scene from 'The Quiet Man.'

Steven Spielberg considers Ford an influence as well: “I try to rent a John Ford film … before I start every movie, simply because he inspires me … He’s like a classic painter: he celebrates the frame, not just what’s inside it.”

Spielberg offered his most direct Ford homage in his 1982 blockbuster ‘E.T. the Extra-Terrestrial’ which features E.T. watching ‘The Quiet Man’ and Elliott reenacting a scene from the film.

In 2012, New York Times columnist Maureen Dowd thought the impact of ‘The Quiet Man’ had long since disappeared but learned otherwise when she took part in ‘The Quiet Man’ tour during a visit to Ireland.

Dowd wrote: “Standing on the little bridge where John Wayne’s Sean Thornton hears his late mother’s voice, it occurred to me that Ford created the most potent cinematic images of two countries, Ireland and America, indelibly shaping our dreams.”

However, she wrote that more than 60 years after filming, “Cong, the stand-in for the fictional Innisfree of the movie, is still such a tourist magnet that the Irish had to designate a decoy 'Quiet Man' cottage because fans seeking keepsakes were dismantling the original chunk by chunk.”

Among those quoted by Dowd on the impact of John Ford was Joseph McBride, film critic and the author of the definitive “Searching for John Ford." Dowd notes that McBride hails Ford as “our national mythmaker, our Shakespeare, a man obsessed by his Irish roots.”

McBride adds that in searing works like ‘How Green Was My Valley’ and ‘Grapes of Wrath,’ the director was deeply influenced by his parents’ exile from Ireland.

“He was always dwelling on the breakup and collapse of family, community, and traditional American ideals,’’ McBride said, “which makes him interesting and modern in a sense.”

Dowd states that Ford juxtaposed the land of his parents and his new country in all his movies pointing out that “He was the Old Master of diametrically different landscapes, lush in the love story shot in Mayo, and dusty in the Westerns shot in Monument Valley.” 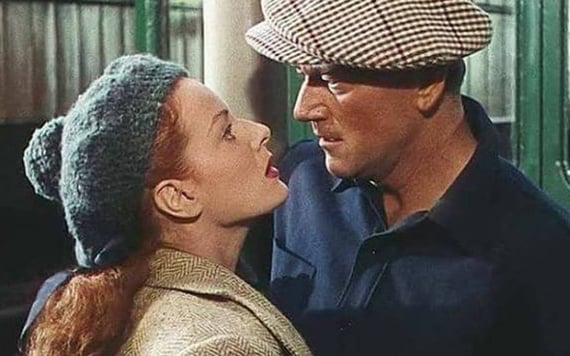 A still of Maureen O'Hara and John Wayne, in "The Quiet Man".

Dowd points out that Hollywood barely understood Ford’s vision of Ireland when he was filming ‘The Quiet Man’ on location in the west of Ireland. Looking at the extravagantly gorgeous footage, the studio head complained: “Everything’s all green.” (The film went on to win the 1952 Oscar for color cinematography.)

“It had taken Ford, one of the world’s greatest filmmakers, 20 years to persuade anyone to bankroll the 'silly little Irish story,' as its star Maureen O’Hara duly noted. And even then the director had to soft-pedal the I.R.A. politics that informed the 1933 Maurice Walsh short story the movie was based on, and fight to use Technicolor, the better to illuminate his Arden of green hills, blue sea, and red hair.”

But he got it done, and the rest is history.

What do you think of "The Quiet Man"? Is it one of your firm Irish favorites? Let us know your thoughts on the John Ford classic in the comments section below.