The New York Times columnist Maureen Dowd wrote that she thought that the impact of the John Ford movie The Quiet Man had long since disappeared. 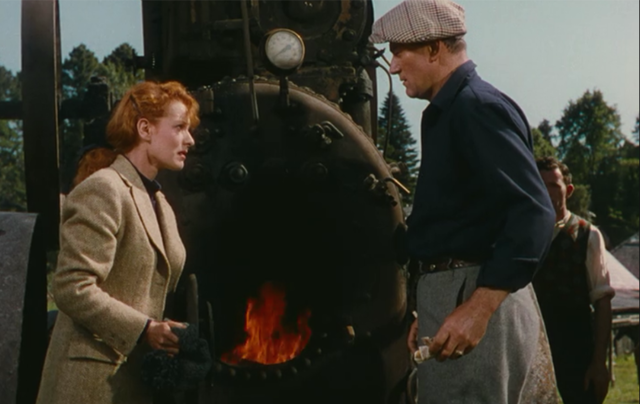 A look back at a 2012 Maureen Dowd column that speaks to the enduring influence of director John Ford and his film The Quiet Man.

The New York Times columnist Maureen Dowd wrote on Sunday that she thought that the impact of the John Ford movie ’The Quiet Man’ had long since disappeared.

However, she says she found the opposite when she did the 'Quiet Man' tour during a visit to Mayo last week.

Ford made the iconic images we all carry in our heads about Ireland and America, Dowd points out.

“Standing on the little bridge where John Wayne’s Sean Thornton hears his late mother’s voice, it occurred to me that Ford created the most potent cinematic images of two countries, Ireland and America, indelibly shaping our dreams.”

However, she wrote that “Cong, the stand-in for the fictional Inisfree of the movie, is still such a tourist magnet that the Irish had to designate a decoy 'Quiet Man' cottage because fans seeking keepsakes were dismantling the original chunk by chunk.”

She notes that “It has been 60 years since Ford arrived in Cong in County Mayo, spurring the installation of electricity and phone lines, to shoot his sexy culture clash and love letter to Ireland,” but that the interest shows no sign of flagging.

Among those quoted by Dowd on the impact of John Ford, born Sean Feeney of Connemara parents, was Joseph McBride, film critic and and the author of the definitive “Searching for John Ford."

Dowd notes that McBride hails Ford as “our national mythmaker, our Shakespeare, a man obsessed by his Irish roots.

McBride notes notes that in searing works like “How Green Was My Valley” and “Grapes of Wrath,’’ the director was deeply influenced by his parents’ exile from Ireland.

“He was always dwelling on the break up and collapse of family, community and traditional American ideals,’’ McBride said, “which makes him interesting and modern in a sense.””

Dowd states that Ford juxtaposed the land of his parents and his new country in all his movies pointing out that “He was the Old Master of diametrically different landscapes, lush in the love story shot in Mayo and dusty in the Westerns shot in Monument Valley.”

Ford’s Irish roots often caused others to dislike him Dowd points out.

“Reviewing “Fort Apache" for The Nation in 1948, James Agee viciously wrote: “There is enough Irish comedy to make me wish Cromwell had done a more thorough job."

How little Hollywood understood about Ford’s vision of Ireland was shown Dowd says that when John Ford was making “The Quiet Man" on location in the west of Ireland, the studio head in Hollywood looked at the extravagantly gorgeous footage – which would go on to win the 1952 Oscar for color cinematography -- and complained “Everything’s all green.”

“It had taken Ford, one of the world’s greatest filmmakers, 20 years to persuade anyone to bankroll the 'silly little Irish story,' as its star Maureen O’Hara drily noted. And even then the director had to soft pedal the I.R.A. politics that informed the 1933 Maurice Walsh short story the movie was based on, and fight to use Technicolor, the better to illuminate his Arden of green hills, blue sea and red hair.”