On John Ford's anniversary, remembering his Valentine to Maureen O'Hara

On this day, August 31, John Ford who directed the iconic The Quiet Man passed away. 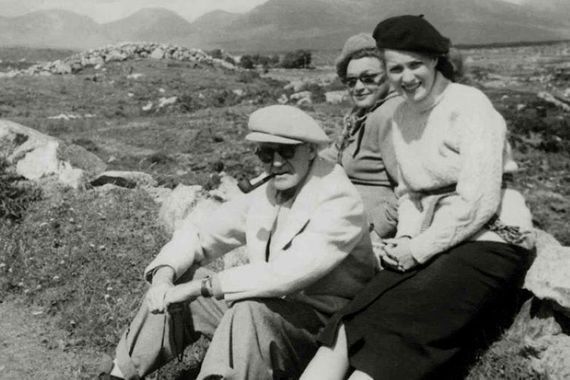 Director John Ford and Irish actress Maureen O’Hara had a tense working relationship which was driven by his obsession with her as the perfect Irish woman. Maureen O'Hara Collection

On this day, August 31, John Ford who directed the iconic The Quiet Man passed away in 1973. Today, we recall a tender moment between John Ford and Maureen O'Hara, an Irish-themed Valentine's Day card.

Maureen O’Hara, the 'Queen of Technicolor' and Ireland’s first great Hollywood star, won legions of fans worldwide through her iconic roles and stunning good looks. Among her fans was famed director John Ford, who once shared his love for O’Hara with the aid of an Irish-themed, handmade Valentine’s Day card. 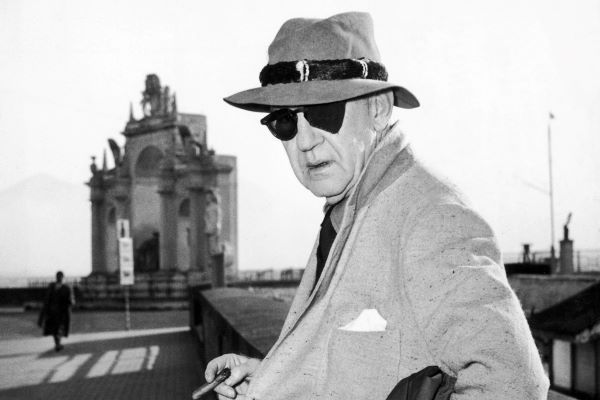 O’Hara worked with Ford on (arguably) her most well-known film, 'The Quiet Man,' which was released in 1952. Prior to that, Ford introduced O'Hara to what would become her favorite co-star, John Wayne, at a party he hosted in 1941.

Despite adoring the fiery redhead, Ford had an often heated relationship with Maureen O’Hara. Ford was proud of his Irish roots and held O'Hara up as his idea of the perfect woman, but acknowledged that he was too old for her and that she didn’t want a romantic relationship with him.

This didn’t prevent him from declaring his love to her now and again, including when he crafted his own Valentine’s Day card for the actress which featured a self-portrait dressed in his trademark sunglasses and pipe along with some stereotypical Irish garb.

Surrounded by shamrocks, the smoke from cartoon John Ford’s pipe forms the shape of a heart inscribed with the words “St. Valentine’s Day” while he stares longingly at O'Hara's turned back.

It is thought the card was sent following the January 1955 release of O’Hara and Ford’s penultimate film together, “The Long Gray Line,” a movie on which the working relationship between the director and actress was more than put to the test. The whole film’s shoot was troubled but O’Hara, in particular, was singled out for Ford’s verbal abuse.

The unique Valentine’s Day card was sold in November 2016 by New York auctioneers Bonhams along with clothes, antiques, jewelry and film memorabilia belonging to the late Maureen O’Hara. The card fetched $1,125 and was bought by an unknown bidder.

“Ford was Irish-American, and had a romantic attachment to his family’s homeland,” said Bonhams at the time of the sale.

Such was Ford’s emphasis on his Irish roots with O’Hara that the letter is signed in green ink with the Irish language version of his name “Seán” across it. According to Bonhams, Ford used this in much of his correspondence with the Dublin-born star.

O’Hara said in later life she was most proud of the five films she made with John Ford, and in particular “The Quiet Man,” a film in which she felt the director was, in fact, living out his own fantasies for the actress through John Wayne’s character. 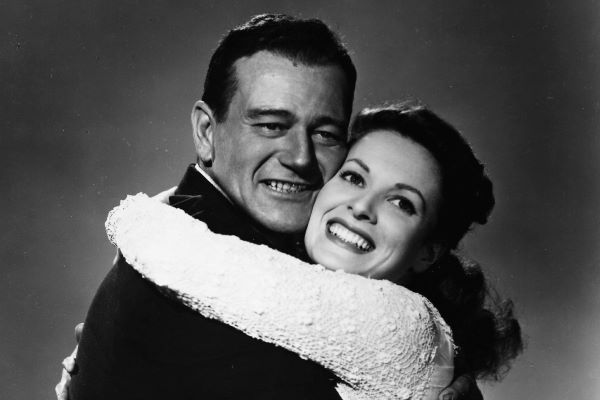 She told the New York Times in 2004, "We look like a real couple, Duke and I, don't we? John Ford gave both of us the confidence to do our best. But he was living out his fantasy of life through Duke and me. He was Sean [Wayne's character] and I was his ideal woman."

Ford had a tenuous relationship with many of his actors, including Wayne, but it appeared that with O’Hara the conflict was mainly driven by his own romantic desires and his intense obsession with her. His obsession led to severe mood swings in Ford when he was dealing with O'Hara and greatly influenced how he treated the Irish star. Ford also displayed a great resentment of O’Hara that came out in force in his direction, a resentment that only grew when it clashed with his Queen of Technicolor’s own strong personality.

"That was real dung in 'The Quiet Man.' He was the biggest devil, John Ford. He put as much of that dung in the field as he could, and then made sure that I was covered in it by the end of the day. Oh, I can still smell that awful stuff,” O’Hara once said.

The 1955 Valentine’s Day Card was not the only time that Ford took up his pen to tell O’Hara how he felt, however. The actress claimed that during bouts of heavy drinking he would pen love letters to her and at one point even broke into her house and went through her belongings.

"I respected him as a director and wanted to please him. But he could be impossible sometimes, especially after he'd been drinking," she said.

Such was the extent of the hatred that grew alongside John Ford’s love for O’Hara that he once hit her in the middle of a party, hitting her face so hard that it snapped back. The actress claims the only reason she didn’t hit him back was because she wanted to show him that she could take a punch.

O’Hara, who died in 2015 aged 95, also claimed that the director waged a campaign against her behind her back to ensure that she did not even receive an Academy Award nomination for her performance in “The Quiet Man,” a performance many rate as the best of her career.

The Irish actress received an honorary Oscar in 2014 and thanked "the ol' divil himself, John Ford."