People all around the world claim these videos of waterfalls in Ireland are proving to be a cure for their insomnia. 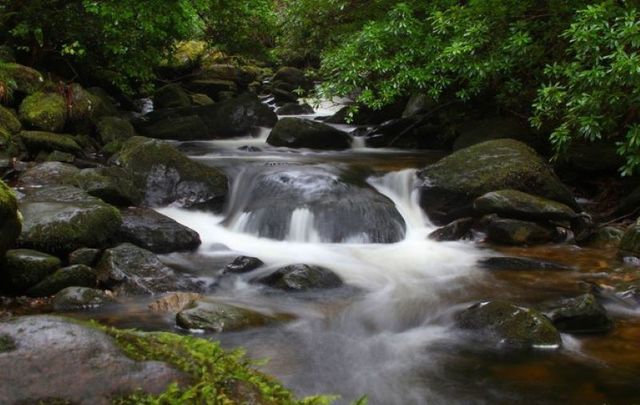 Can't sleep? Let the sounds of this Irish waterfall relax you.

Caution: Do not read this article while walking, sitting in a public place, sitting in your office, or occupying any other place where it would be inappropriate to fall asleep!

Is there anything more relaxing than sitting in the Irish countryside by a rushing stream with the steady crash of a waterfall rumbling alongside the gentle chirping of birds?

The peaceful bliss of the Irish countryside has (and not surprisingly) become a global phenomenon because of its unavoidable ability to send you to sleep.

An eight-hour YouTube video of a waterfall beneath a wooden footbridge on the River Bonet in County Leitrim has become a must-watch for millions of insomniacs the world over, being viewed over six million times.

The video has proven so successful that it’s even being used as part of clinical trials in several London hospitals.

The man behind the cure is Johnnie Lawson, a visual artist from Co. Leitrim.

"People who were finding it difficult to sleep began writing to me from all over the world,” he told the BBC in 2015, “North Korea, the Central African Republic, Beijing and across the UK.”

"They started leaving me messages, saying the recordings were helping to relieve their insomnia."

"I've even had people watching my videos from inside the Vatican," he says. "Apparently, Pope Francis is a massive fan!"

The filmmaker originally began posting videos five years ago to introduce more people to the beauty of Ireland until he discovered that his videos were attracting a more irregular fan base. He has traveled across Sligo, Leitrim, and Fermanagh filming 174 videos in total in places such as Claddagh River, Lough Macnean, the Marble Arch Caves, and St Patrick's Holy Well outside Belcoo, Co Fermanagh.

As views on the videos increased, Lawson began to notice a trend in the comments – many people were commending the videos' tranquil sleep-inducing tones.

"I am in the middle of Manhattan. I didn't even know such serenity existed," said one commenter.

"Thanks for helping me stay focused over a few 19-hour research and writing sessions," added another.

Such was the success of the insomnia-battling videos that Lawson began to make longer and longer videos so users could achieve a full eight hours of beauty sleep.

"Insomnia suffers would fall asleep listening to some of my videos,” he says, “but they'd wake up in the middle of the night to the sound of silence.

"That's when I started making eight-hour-long videos, like the waterfall on the River Bonet.

"If people woke up during the night, they'd be met with the sound of nature. It would put them back to sleep again."

What began as art could also accidentally help medical professionals further their understanding of sleep patterns as the videos are used in clinical trials investigating insomnia.

Dr. Dorothy Wade, a health psychologist at University College Hospital, London, told the BBC: "the aim of the trial is to prevent intensive care patients from being traumatized and to cut the high rates of post-traumatic stress disorder found in ICU survivors."

"As part of the therapy, nurses give patients tablet computers with different relaxation materials on them. This includes Johnnie Lawson's videos of tranquil nature scenes."

Have a sit or lie down and give it a try. We promise we’re not yawning, just having a stretch!

Do you have an old Irish cure for insomnia? Let us know in the comments section below.