Binge these Irish shows and movies on Netflix this Christmas

It's Christmas time which means it's prime time to kick up your feet and dive into a Netflix binge. Here are our top picks for Irish titles on US Netflix! 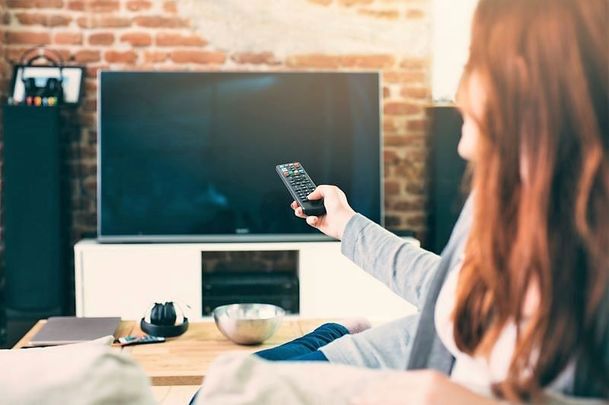 There's plenty of Irish shows and movies to peruse on Netflix. Getty Images

Netflix and chill with these Irish selections all holiday season long!

It’s finally Christmas time, so after you’ve gotten all your shopping and wrapping down, curl up on the couch in front of the fire and tune into these Irish selections which are currently available for streaming on American Netflix:

Based on a story by Irish writer Frank McCourt, this family-friendly flick will warm your heart at Christmas.

Bad Day for the Cut

In the mood for a thriller? Look no further than this Irish film which features an Irish farmer seeking revenge for the murder of his beloved mother.

James Frecheville stars as Irish man Martin Feeney, a former British soldier who returns home to Ireland to discover his family members either starved or destroyed by the English. The story follows Feeney as he sets on a path of revenge.

Perhaps considered Ireland’s answer to HBO’s ‘Girls,’ this two-season comedy-drama looks at the complicated relationship between two Irish girls who are trying to get by in Dublin.

Love him or hate him, Conor McGregor is one of Ireland’s most famous exports of recent times. This documentary traces the MMA’s fighter from his humble beginnings to worldwide fame.

One of our favorites! This smash-hit comedy series features a group of teenage girls as they grow up during the Troubles era in Northern Ireland.

This coming-of-age movie features two boarding school roommates, one an outsider and the other a star athlete. Their unlikely friendship gives way to an even more unlikely relationship.

This mockumentary, suitable only for adults, follows a gang of young men in rural Co Mayo as they entertain vague ambitions involving quick cash, women, and fame.

Hostage to the Devil

A look at Irish priest Father Malachi Martin, whose belief in demonic possession led him to conduct several exorcisms.

Fans of ‘The Office’ will get a laugh out of this British comedy series that stars a fresh-faced Roscommon native Chris O’Dowd, prior to his ‘Bridesmaids’ fame.

One for the kiddos! This feel-good animated series, featuring voiceover work from Irish actor Chris O'Dowd,  follows the adventures of Oona and Baba as they explore the beautiful island of Puffin Rock.

History junkies will enjoy this dramatic series about three different women and their families and the choices they make during the Irish rebellion of 1916 in Dublin.

One survivor of the attack on The Miami Showband in 1979 doggedly pursues the truth.

The Siege of Jadotville

This incredible true story tells the tale of how Irish U.N. peace-keeping soldiers came under attack while stationed in Africa.

Song of the Sea

This delightful children's movie is sure to please viewers of all ages. Recounting an ancient Irish tale of the 'selikies,' a family embarks on a fantastic adventure.

Two bumbling Cork teens, embarking on an epic bike journey, get involved in a drug deal gone wrong in this quintessentially Irish comedy.

What did we miss? What’s your favorite Irish production to watch on Netflix? Let us know in the comments!