A handpicked selection of new shows, films, events, and gifts to spread some much-needed Irish seasonal cheer this holiday season. 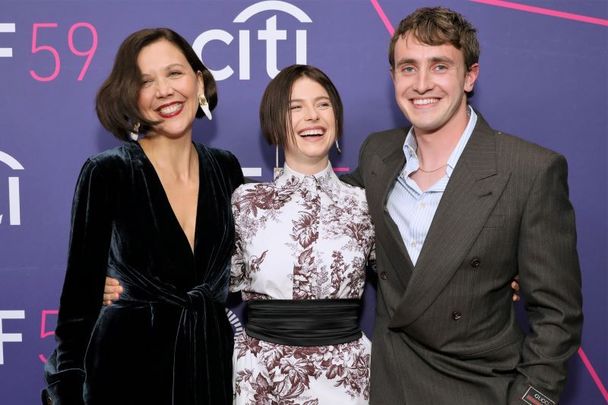 Can you believe it's almost Christmas? Perhaps it's down to the stop-start atmosphere of the never-ending global pandemic, but for many people, the months of 2021 seem to have both elongated and shortened, thanks to the way we have all been forced to live lately.

Who couldn't use a little festive cheer in these challenging circumstances? Let's start with one of the most Irish of seasonal offerings you could possibly hope to find, a heartwarming new show with opportunities for a good sing-song.

The Streets of New York by Dion Boucicault is a wonderfully diverting Victorian romp that began previews Saturday, December 4 at The Irish Rep. 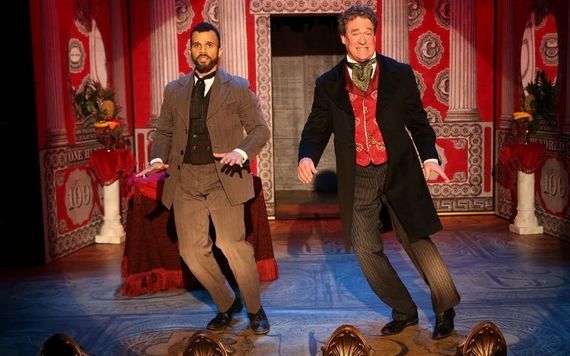 Directed by Charlotte Moore and featuring original songs that she wrote for the show, this all-out caper follows the middle-class family the Fairweathers who’ve recently lost all their money as they struggle to survive against a greedy banker who's out to fleece them in 1857 New York.

Not much has changed about city life, eh? This delightful Irish ensemble comedy runs through January 30 and you can expect to applaud the heroes, boo the villains, and be sent home singing, as any good Christmas show should do.

Those who know and love it know the Irish Rep has always understood the need for a bit of seasonal cheer better than any other theatre in the city. Forget the Rocketts, this is the true key to Christmas.

Filmgoers will want to check out rising superstars Jessie Buckley and Paul Mescal in The Lost Daughter, as they take on two challenging roles in this very non-seasonal psychological drama about the trials and terrors of parenting and the lifelong scars it can leave on both children and parents alike.

Mescal plays Will, a young beach worker on a Greek island resort where he interacts with Olivia Colman's Leda, who has just arrived in solo lady of a certain age vacationing mode.

Buckley plays the younger Leda in a series of increasingly unnerving flashbacks, appearing in the unbidden and mostly unwelcome memories that this idyllic getaway hasn't quite allowed Leda to get away from.

Directed by Maggie Gyllenhaal, The Lost Daughter is a challenging and, some critics contend, a haunting watch, as Colman delivers a shattering performance as a woman beset by doubts and with a history of self-sabotage.

In fact, there are almost horror aspects to the new film, which takes a frank look at the costs of less than perfect relationships and the unseen toll they can take years later. The film will release in theaters on December 17 and on Netflix on December 31.

The film is an adaptation of the 2005 memoir of the same name by J. R. Moehringer, based on his own life growing up on Long Island. In it boy (the author) seeks a replacement for his long-lost father who disappeared shortly after his birth, bonding with his uncle and the unforgettable patrons at their local bar.

Some critics have been divided on the new film's merits citing Clooney's ponderous direction, but Affleck has received near-universal acclaim for his heart-rending turn as the still trying to get it together uncle and unexpected father figure in a performance that is being quietly Oscar-tipped. The film releases in theaters on December 17.

For a younger audience, we suggest you check out Sing 2, the new animated adventure sequel to the 2016 hit Sing. The animals from the first film now hatch a new plan to perform at the entertainment world's most prestigious venue where U2's Bono lends his voice to a colorful new character named Clay Calloway, a reclusive black shades wearing rock star who also happens to be a lion.

“Clay Calloway is quite the character,” Bono told the press recently. “I like to think I was part of his construction. When Director Garth Jennings asked me about singing and where it came from, I surprised myself and him by answering with a line that would make it into the film: “Some people sing for a living, some people sing to survive.”

“Clay Calloway is a lion who lost his roar,” Bono continues. “A singer who lost his reason to sing when he lost his muse. A retired, reclusive rockstar with a big shaggy mane and low-frequency rumble of a grumble. He's also got guns on his property - paintball guns - and a mixed relationship with his fans.”

That all sounds pretty on the nose for the peace and quiet loving Irish rocker, who has been famous for much longer now than he ever was unknown. If anyone was born to play the role of a reclusive superstar singer, he's been perfectly cast. Sing 2 opens only in theaters on December 22.

WWE fans know all about flame-haired superstar Becky Lynch (being Irish professional wrestler Rebecca Quin's ring name). But are they ready for her funny turn in the new WWE animated feature Rumble?

Set in a world where monster wrestling is a global sport and where monsters are superstar athletes, the film begins with Rumble’s teenage star Winnie seeking to follow in her father’s footsteps by coaching a lovable underdog monster into a genuine wrestling champion.

What's funny is how closely the cartoon hews to actual real life WWE bouts and stars. When the biggest wrestling champion in the world – the gigantic shark-like monster named Tentacular (Terry Crews) – beats every one of his opponents, he calls on the public to find a worthy challenger and that's when the fun begins. Rumble opens December 15 on Paramount+.

For a delicious change of pace this Christmas, can we suggest you pick up a copy of How To Cook (Kyle Books, $26.99)? Celebrity Irish chef Darina Allen takes a lifetime of cooking and baking experience and distills it all down to its essence, creating approachable dishes and return-to recipes that you can cook with ease.

The working title of the book was “100 recipes no one should leave school without,” Allen reveals. “Think about how few Irish students learn to cook at home or school, with only a small percentage equipped to feed themselves properly by graduation.” That clearly needs to change and this inspirational and easy-to-follow book has ambitions to lead the charge. 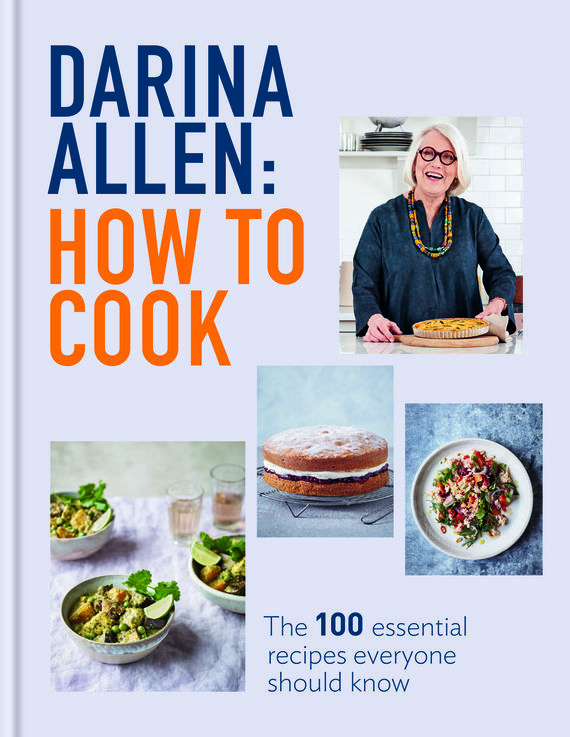 Darina Allen's How To Cook promises to teach you 100 recipes that will change how you cook.

Let's conclude this festive season with a little liquid consolation courtesy of Ireland's master whiskey makers. What could be more seasonal than a drop of the creature from the multi-award-winning downtown Irish bar, The Dead Rabbit?

The Dead Rabbit Irish Whiskey is inspired by the “notorious Irish street gang in New York City in the mid-1800s,” and is a smooth blend of aged Irish single malt and grain whiskies that “brings visions of golden barley, with a palate that robust and spicy with black pepper.”

Even the bottle is an eye-catcher and having some on hand is sure to get your celebrations off to an ideal start.