Irish WWE star Becky Lynch - known as "The Man" - is going to be a mom! 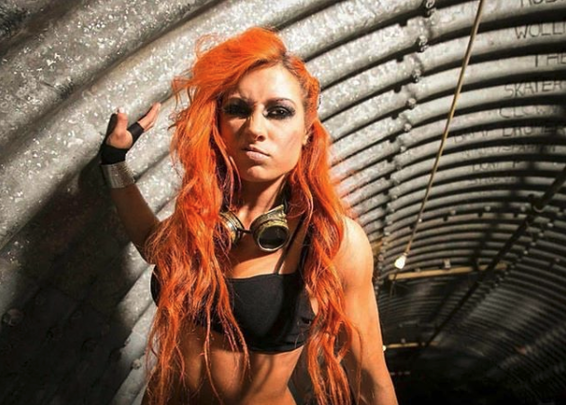 Congrats to WWE superstar Becky Lynch, who announced last week that she’ll be out of action as she and her fiancée, fellow WWE grappler Seth Rollins, are expecting their first child in December.

Becky – “real” name Rebecca Quin, 33 and a native of Limerick who was raised in Dublin – made the big announcement on the May 11 episode of Raw. She also relinquished her women’s championship belt as she’s officially on maternity leave.

One of the most popular stars in the WWE, Lynch, who is known as "The Man," told People magazine that being a mom is her ultimate dream job.

"I've always, always wanted kids," Lynch said. "I'm just so career-focused that it became one of those things that, when you're chasing a dream for so long, I always wondered, 'Am I going to get around to it? Is it going to happen for me?'"

Well, those questions have been answered, thanks to her relationship with Seth – given name Colby Lopez and a fellow WWE champ.  They started dating at the start of 2019 and got engaged in August. They were supposed to get hitched this month, but coronavirus KOd those plans for now.

“Now you have this whole other person that you have to look after and grow, and make sure that you're doing everything that you possibly can to make sure that they are the healthiest and the safest that they can be," Lynch told People.  "But we're just so, so excited. Just so excited for how much love we're going to give that little thing."

As far as a WWE return? It would surely be epic, but Becky isn’t committing to anything right now.

Dad-to-be Seth is over the moon.  “I took this a few moments after we got the best news of our lives and I don’t think I could have captured anything more beautiful. I can’t put into words how much it means to me,” he posted on Instagram, with a pic of Becky holding the positive test.

“Thank you all so much for your support over the last couple of days. The outpouring of love really has lifted us even higher than we’ve already been.”

You can watch Becky Lynch announce her pregnancy here: