Bono sought formal permission from his U2 bandmates to use some of the group's back catalog in Sing 2. 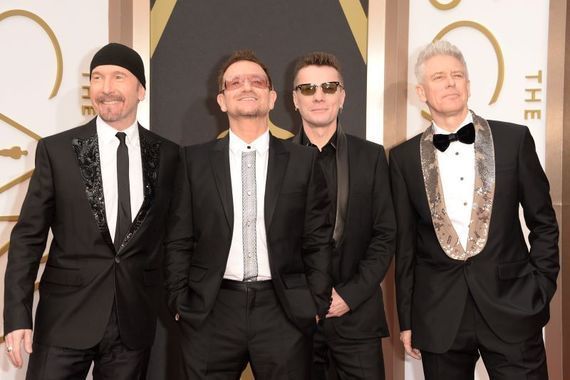 Bono will make his animated film debut later this month in Sing 2, the sequel to the 2016 hit movie Sing.

The U2 frontman will play Clay Calloway, a lion/superstar singer mourning the loss of his wife who has no desire to perform again until his friends persuade him to get back on stage.

Sing 2 is populated by big names, including Matthew McConaughey and Scarlett Johansson, voicing other characters.

U2’s back catalog is also featured in the film, and Bono told the Los Angeles Times last week that formal permission from the other three U2 members was required for this to happen.

You might think that would be a formality, considering the band has been together for so long, but Bono was determined to do things by the book.

“I have a lot of explaining in my life to U2; that’s just the nature of democracy, which as Bruce Springsteen said, is ‘all very well for countries like Iraq, but in a band?’”

To seal the deal, Bono showed Edge, Larry Mullen, and Adam Clayton a scene featuring Johansson singing  the U2 hit “Stuck in a Moment You Can’t Get Out Of.”

“Scarlett is besotted by music,” Bono says. “She approached that very tenderly. She made that song her own. And you have to be true in that moment or people wouldn’t care. I wasn’t surprised she could pull it off. But the band were,” he said.

“I think it stunned them all. I just had to put that scene on: ‘Okay? Your songs are in good hands.’”

The band obviously agreed, and even wrote a new track, “Your Song Saved My Life,” for the film which opens on December 22.

Check out the trailer for Sing 2 here: