A new role for Dublin native Bono as he takes on the role of Clay Calloway, a lion, in the upcoming animated film Sing 2. 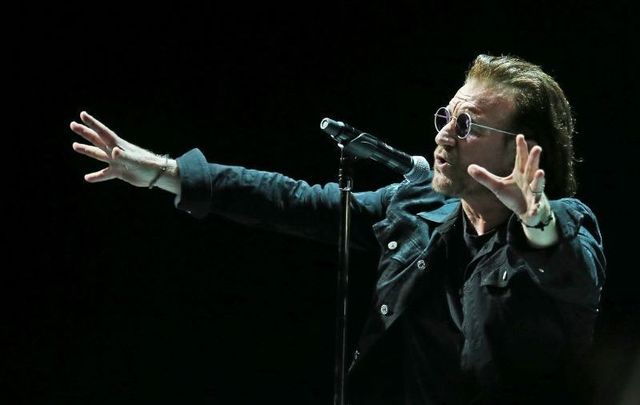 Here's Bono as you’ve never seen him before – as a computer-animated lion named Clay Calloway!

The U2 frontman is the featured new star in the upcoming musical comedy Sing 2, a sequel to the hugely successful Sing from five years back that made more than $600 million at the box office.

Sing 2 will release on December 22, and it features a galaxy of stars lending their voices including Matthew McConaughey, Reese Witherspoon, Scarlett Johansson, Pharrell Williams, and more.

Bono’s “lion,” Calloway, was a big star back in the day but is now “a recluse who the McConaughey-voiced Koala Buster Moon attempts, along with his friends, to bring out of retirement,” says The Hollywood Reporter.

“We are thrilled that the Sing franchise attracts such exceptional talent, and we are delighted to announce this extraordinary cast. The film is a musical celebration of the unrelenting pursuit of one’s dreams, no matter how large the challenges that stand in your way. At its core, this movie speaks to the power of optimism and belief.”

The trailer for the film debuted last week, and it’s cute. One of the songs featured on the soundtrack is a new version of U2’s “I Still Haven’t Found What I’m Looking For.”

Should be some red carpet in December for the premiere, and no doubt Bono will be there.

Check out the trailer for Sing 2 here, which features a snippet of a version of U2's smash hit 'I Still Haven't Found What I'm Looking For':

*This column first appeared in the June 30 edition of the Irish Voice newspaper, sister publication to IrishCentral.