ONE, the anti-poverty and global health organization co-founded by Bono, says the only way to end the pandemic is through global equality when it comes to the vaccine. 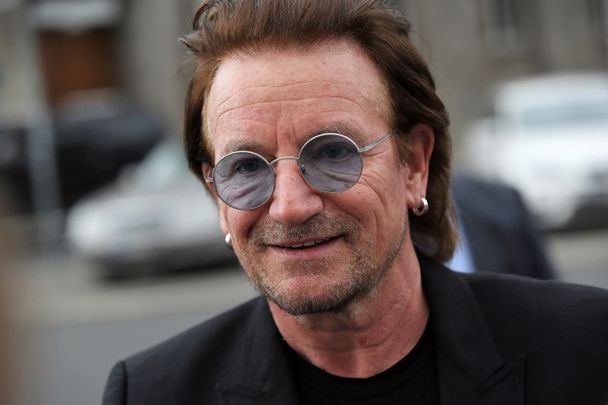 "To escape, we need to act now. Having safe and effective vaccines within a year of the first reported COVID-19 cases is a historic scientific achievement. But if the vaccine isn’t everywhere, this pandemic isn’t going anywhere."

If you think it’s frustrating trying to get a vaccine here in the States, just imagine what it’s like for the poor souls from impoverished nations where they don’t have near enough supply but every bit as much of a need.

ONE, the anti-poverty and global health organization co-founded by Dublin native Bono, is acutely aware of the disparity in vaccine access and rollout among the have and have-not nations.

Analysis from ONE finds that five countries (Australia, Canada, Japan, UK, and the US) plus the EU block of 27 countries have enough vaccine supply to inoculate their entire populations and still have more than 1 billion doses left over to share. These excess doses would be sufficient to vaccinate the entire adult population of Africa.

In response, ONE has announced Pandemica, an animated series created to raise awareness of the critical importance of global vaccine access in ending the pandemic.

Bono said: “Pandemica’s animated world animates a simple truth – that where you live shouldn’t determine whether you get these life-saving shots.

“Even while many of us still wait our turn, we need to commit to making sure that billions of people around the world aren’t left at the back of the line. It’s the right thing to do, obviously, but it’s also the only way out of this pandemic for all of us. If the vaccine isn’t everywhere, this pandemic isn’t going anywhere.”

Gayle Smith, President and CEO of ONE, added, “This virus has waged war on the world, and we need to fight back with all we’ve got. Vaccine access isn’t just about what’s fair, it’s also about what’s smart – we can’t end a global pandemic until we stop the virus from spreading and mutating everywhere.”

Bono and other celebs, including Penelope Cruz, Nick Kroll, Kumail Nanjiani, and David Oyelowo, will voice characters for the animated series that is now available on YouTube.

Check out "Island Nation", a clip that comes with the caption "No country is an island during a pandemic. We need vaccines everywhere, or else COVID-19 isn’t going anywhere."