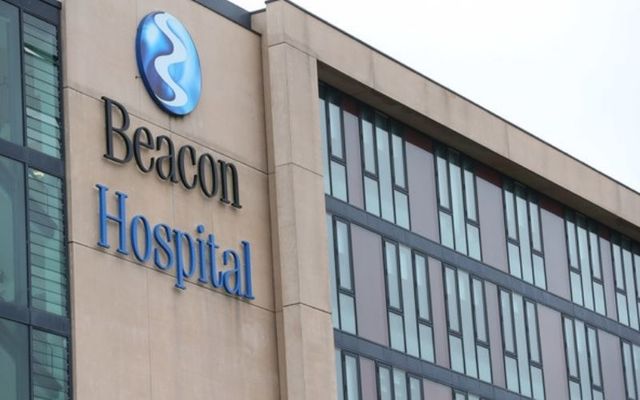 The Beacon Hospital in South Dublin has apologized for the incident. Rolling News

The CEO of a private hospital in Dublin has apologized after it administered 20 leftover AstraZeneca vaccines to teachers at a private school in Co Wicklow.

The Beacon Hospital in South Dublin confirmed that it gave 20 leftover AstraZeneca vaccines to several teachers at St. Gerard's School in Bray, Co Wicklow as the vaccines needed to be used within "a very short period of time".

The story emerged today from Craig Hughes, a political correspondent with the Irish Daily Mail.

🚨🚨 The Beacon Hospital vaccinated 20 teachers at a private school... where the CEO's children attend.

The hospital has since acknowledged that the decision was not in line with the HSE's sequencing guidelines as teachers are currently listed in Cohort 11 of Ireland's vaccine roll-out program.

The HSE is currently administering vaccines to people in Cohort 4 of the program, but the Beacon Hospital said in a statement that there were "over 200 HSE no shows" to vaccination appointments at the hospital after people were double-booked for vaccinations at the Aviva Stadium.

"Beacon Hospital immediately liaised with the HSE, and the majority of these excess vaccines were subsequently used for HSE staff who were redirected to Beacon Hospital throughout the afternoon," the hospital said in a statement.

The hospital said that there "limitations" as to who could receive the 20 leftover vaccines given that they were AstraZeneca vaccines.

A spokesperson for the Beacon said that the hospital decided to administer the leftover vaccines to teachers who could make it to the hospital within "the exceptionally short timeframe required".

Beacon Hospital Chief Executive Michael Cullen acknowledged that the decision was not made in line with the HSE's sequencing guidelines and apologized for the incident.

"I sincerely apologize for the upset that this decision has caused and we are updating our approach to our backup list to ensure that this situation does not arise again," Cullen said in a statement.

St. Gerard's School said that it will not be making any comment on the incident.

The Beacon Hospital came under fire on social media for the decision, with many people pointing to the 13km distance between the hospital and St. Gerard's School.

There are several public and private schools within 13km of the hospital and Sinn Féin TD John Brady said that the incident "smacked of the well-heeled looking after the well-heeled".

"Public confidence in the rollout is fast-eroding. If there is a risk of vaccination waste, it is frontline workers and at-risk groups who must be fast-tracked," he said.

HSE CEO Paul Reid that the incident was "extremely annoying and frustrating" for the public and the HSE, while Ireland's Minister for Health Stephen Donnelly said that "no private school should have received vaccines from a private hospital."

No private school should have received vaccines from a private hospital. The protocols are crystal clear on having a backup list of people available from the priority cohorts. We are prioritising our most vulnerable right now, as it should be.

Aoife Stokes, whose mother is receiving cancer treatment at the Beacon and is Cohort 4 of the vaccine roll-out, said that she was "absolutely livid" with the hospital's decision to administer vaccines to teachers at St. Gerard's,

She said that her mother lived within 13km of the hospital and said that she was "absolutely shocked" that the hospital didn't consider patients for a standby list first.

"It's just really difficult for people like us to understand," Stokes told Today with Claire Byrne on RTÉ Radio 1. "I'm sure the Beacon have all the information about who lives close by and who could potentially be called on at short notice to come in for the vaccine."

My mother is undergoing ongoing treatment at the Beacon for cancer - she’s category 4 and could have been up there in ten minutes to receive a vaccine. They are telling us they have no information on when they’ll have a vaccine for her.